Ethical trouble at the top

Day-to-day news is littered with questions over ethics. We care deeply about rights and wrongs. But Michelle Wright asks, do the arts care more than other sectors? 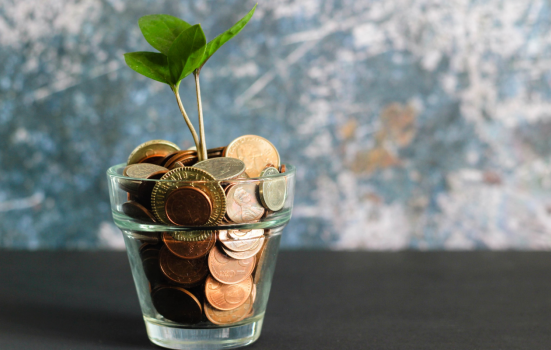 On the face of it, it would seem so. There is something intrinsically linked to the creation of art that means we want its funding to be clean. We want art to be judged on its own merit, not on brand association. That our work has high visibility also makes us fair game for criticism.

Often we think of ethics in relation to fundraising only but it’s far more than that. It’s about what work we make, how we make it, how we invest, our fundraising, social and commercial endeavours.

So why are ethics repeatedly swept under the carpet? And why are we so often on the back foot, stumbling into ethical crises and terrified of being ‘outed’ in the media, by lobby groups or our own artists?

Arts Fundraising & Philanthropy has set up a new enquiry to focus on this complex issue, led by eight arts fundraisers. This article grows out of some of the group’s first reflections.

One of the difficulties lies with the funding system. We can make relatively easy judgements about whether to accept money from an oil firm or not, but it becomes more difficult when we consider the historical origin of money, such as the opiate-fuelled origin of the Sackler Trust funds.

Judgements about statutory funding is harder. Money from the Treasury via Arts Council England seems intrinsically ‘safe’ but the same pot of money from the Home Office linked to the Prevent agenda, is at odds with many of our values. Yet the source is the same - the taxpayer.

Additionally, many sources of funding are not relational – we simply fill out a form. There’s no imperative to consider ethics, unless you have ethics committees and policies. And such luxury is often the privilege of the large organisations (that are publicly funded), with the resource to get beneficiaries, communities, staff and trustees aligned on ethical agendas. For most small organisations, the fundraising driver is to secure the money for survival.

And many funders struggle with the issues of ethics, leading to applying an arms-length principle of only considering ethics when an organisation that they fund gets into reputational difficulty. This can lead to isolation for the funded organisation that finds itself under attack from all sides for its ethical choices.

Defining ethics can be difficult. Often we talk about personal ethics - an individual’s moral principles. And perhaps this is where the arts run into difficulties. As individuals, we may be values-led, with firm views about right or wrong, yet the sector as a whole doesn’t have a joined up, working protocol for how to deal with ethics.

There are many competing agendas in our somewhat exhausted and depleted arts organisations. However, unpicking the ethical mountains linked to colonialism for example suggests we are getting more comfortable asking difficult questions. Who has the money, how did they get it, how did they distribute it?

The fire for ethics burns strongly but without sector-wide drivers for change, how do we get these issues heard and considered amongst other important agendas?

Lack of an accountable body

There seems to be little understanding that ethical issues fall to trustees and the leaders of organisations. This is not helped by a lack of guidance from key regulators such as the Charity Commission.

Likewise, the Fundraising Regulator promotes and supports a culture of ethical fundraising, protecting the interests of donors, but it doesn’t set guidance for decision making practice within organisations. Arguably it should, especially as fundraising organisations are required to pay for this service.

Similarly, the Institute of Fundraising provides guidance to its members, but it costs to join, and its brief is limited to the ethical issues around fundraising, not wider organisational areas.

The lack of an accountable body on ethics is a problem, as without one body or group holding the agenda it is impossible to know where to turn to for advice.

Within our organisations, it is also often unclear who is responsible for ethical decision making. We might have a good gift acceptance policy that rules out raising money from a certain corporate, but then the demand for earned income may mean it’s acceptable to have the same corporate in the building hiring one of our spaces.

And whilst some good peer networks exist, this perhaps exacerbates the problems. There is a follower culture, where organisations tend to mimic the ethical fundraising policies of other organisations.  This means there is little fresh thinking and the potential to repeat mistakes.

Ethics is going to cost

The elephant in the room in relation to ethics is that adopting an ethical decision-making framework is going to cost. Every door we close to raising money makes the sustainability of our organisation more difficult.

There is no reward for ‘doing the right thing’. Funders are not patting us on the back if we decide not to take the money from an oil company and fundraisers are not seeing decreased targets to allow them to embrace a ‘wholesome’ fundraising strategy.

As feelings run high, such as in the case of the Whitney Museum of American Art and the cancellation of the Collective Actions exhibition, doing the right thing is to ‘commit to a year of action – of mobilisation and introspection’.

The key demand from the artists is for the Museum to detail how it plans to “navigate this charged political moment without relying on the unpaid labour of black, Indigenous and POC artists and communities”. This is the great challenge and one that is brilliant in relation to the question of cost – can we do the right thing and ride out the costs?

But providing the space and confidence to speak up and speak out is limited. Organisations such as Black Artists on the Move are looking to move away from a sector approach of competition to pave the way for collaboration. These steps will hopefully lead to the sector wide shifts we so desperately need.

What’s to be done?

There are several areas that we might consider before exploring solutions:

We welcome all views as we develop our recommendations at artsfundraising@cause4.co.uk.

Michelle Wright is CEO of Cause4 and Programme Director of the Arts Fundraising & Philanthropy Programme.