Now she has left a-n, Susan Jones reflects on those who have helped her over the course of her career. 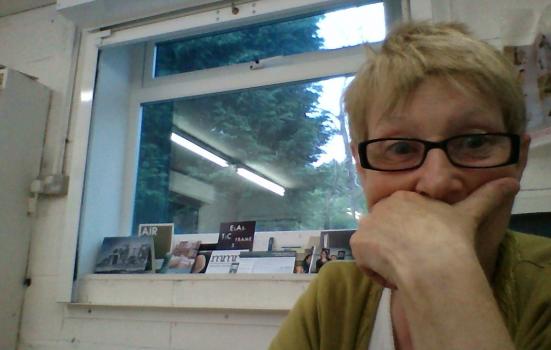 Standing down in September as Director of a-n The Artists Information Company after 15 years provided a point of reflection on my arts career so far, and an opportunity to reflect on some of the many people who helped me along my way.

I myself studied fine art, as did most of those who I rate as my gurus or mentors. We who come ‘from the practice’ always remain more artist than arts manager, intuitively applying the artist’s ‘risk-all, research-based, never satisfied’ approach.

First the indomitable Chris Carrell, who, as Director of Sunderland Arts Centre, was a perfectionist and expected nothing less from his largely wet-behind-the-ears team, including me, when manifesting his vision for the arts in Sunderland. Charged up by his passion – for literature, early music, poetry and the visual arts – I respected his integrity and emulated his work ethic, learning how to set high production standards. We often worked through the night to ensure presentation to the highest quality possible of his mammoth multi-art form festivals and impossibly-scheduled building renovations.

When I myself exhibited at the Durham Light Infantry (DLI) Museum and Art Gallery, I had enormous respect for Nerys Johnson who combined her role of Keeper-in-Charge with her own fine art practice. She developed a keen interest in my work, visiting and critiquing subsequent exhibitions. Her physical disability was never a barrier. The same was true for Nicholas Pearson, then an officer at the Welsh Arts Council, whose advice and counsel on my first major research study – which led to the establishment of Axis – inspired me, spurring me on to think harder and better. Later, for my three-year study, Measuring the experience: the scope and value of artist-led organisations, it was University of Sussex’s Janet Summerton who so generously gave of her time to be my mentor and informal research supervisor.

Amongst artists who’ve been role models for me are Conrad Atkinson, from whom I learned how to marshal my evidence and arguments, and to be effective on an Arts Council panel – techniques that have stood me in good stead on other boards and committees in later years. Artist and academic Paul Scott was Vice-Chair of the Board for much of my time at a-n and always my ‘voice of reason’ when the magnetic force of arts bureaucracy and funding compliance threatened to envelop the much more important job of serving the interests of artists.

As to significant people beyond the small visual arts world whose words and deeds have impacted on my career, SoundSense Director Kathryn Deane stands out. Kathryn is witty, politically adept and perceptive, and working alongside her through Creative People and later Artworks Navigator considerably enhanced my understanding of what arts leadership really is.

But overall, it’s been the day-to-day assimilation through continuous interaction and exchange with artists, who tell me about what’s really important in the visual arts, that has been fundamental to my own success. To mention them all would run to a word length far longer than I’ve been given. So to name but a few, it’s artists like David Cotterrell, Elpida Hadzi-Vasileva, Rob Kesseler, Emily Speed, Joe Young and Caroline Wright who stand out – all role models for how to combine highly imaginative art practices with commitment to the levels of advocacy and activism that benefit the professional as a whole.

Susan Jones is a published writer, commentator and researcher on visual arts and artists' practice, and an adviser and consultant on and for visual artists and artist-led initiatives. She was Director of a-n from 1999 to 2014.
Tw @SusanJonesArts