Mark Hewitt couldn’t believe his luck when he received funding from the Artists’ International Development Fund to collaborate with a foreign musician of his choice. 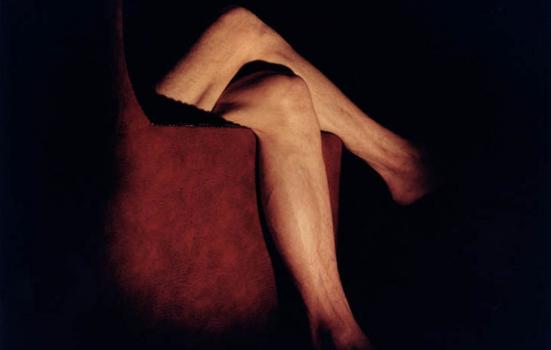 Civilization (and its discontents), a work in progress…
Photo:

It could seem like a dream set-up for an arts practitioner, and in many ways it is. You are given a grant of up to £5,000 to go to a country of your choosing to collaborate with someone who you really want to collaborate with. And what’s more, there is no pressure to produce anything! Well, the scheme exists and it is known as the Artists’ International Development Fund (AIDF).

I received a grant from the AIDF in 2012, the second round during the year in which it was first introduced. The fund enabled me to travel to Oslo to initiate a new collaboration with Norwegian sampling percussionist Thomas Strønen (best known for his work with saxophonist Iain Ballamy in contemporary ensemble Food). It is a collaboration that has subsequently led to commissioning music from Strønen for a new theatre piece, currently being developed under the working title ‘Civilization (and its discontents)’.

From a practitioner’s viewpoint, it is the ‘freeness’ of the scheme that marks it out as different

2012 had not been a great year for me. Funding cuts were biting and I was finding it hard to get support for new projects. As a freelancer with no 'Plan B', I was left with no choice but to respond to an advert posted through the Equity jobs information service for the role of Father Xmas in a grotto in a supermarket in a North Hampshire military town. Unforgettable (and strangely edifying) as the experience was, it was not exactly the way I envisaged my professional career as a writer and maker of contemporary performance developing, so it was with some relief when I returned home to discover an envelope from Arts Council England bearing news of a successful application to the AIDF.

At that time, approximately 25 grants were awarded for each round across the whole of England (a 10% success rate) so it was more of a privilege than I first realised. These days, with extra resources, the success rate has doubled to around 20 to 25%, but it is still very competitive. And after my weeks in the grotto, terrifying and transfixing small children, it was a significant step forward.

So what exactly is AIDF and how did it come into being? I talked to Nick McDowell, International Director at ACE, and Jim Hollington, Director of Operations & Communications for the global arts team at the British Council, about the origins, ideas and ambitions behind the joint initiative.

The AIDF came about partly in response to the 2011 McMaster Review, which proposed greater co-operation between ACE and the British Council. Jim Hollington, who had been involved in setting up ‘Artist Links’ for the British Council, to support cultural exchanges first with China then Brazil in the early 2000s, says it was about responding to those successes. “What we learned is that there’s a real benefit to having somewhere within your programme of international exchange something that’s pretty open. That says to artists, if you've got ideas for collaborating and working together, just go and do something and let's see what happens.”

From an ACE perspective, Nick MCDowell adds: “Whilst the grants can be practice-transforming and career-transforming amounts of money, it's only £4,000 to £5,000, so the ability to take risks and to monitor less ferociously was there.”

And, from a practitioner’s viewpoint, it is the ‘freeness’ of the scheme that marks it out as different. For myself, apart from a collaborative residency in Ireland, I had never really worked internationally as a writer/maker, and this is one of the things that made me eligible for the scheme. As Nick McDowell explains: “With the relatively modest budget that we have, we focus predominantly on people who are at an emergent stage. If you're at that stage in your career where you've established yourself to some extent in England and you see a real development opportunity by working abroad, that's the right point to apply to this fund.”

Having attended an evaluation day for artists supported during the first two rounds, I can testify to the positive feedback from artists about the looseness and flexibility in the way the fund is managed. As an applicant, one tends to have more contact with ACE than the British Council. “It's a relatively new partnership”, says Nick McDowell. “When we started it was clear that ACE, as an experienced grant-giving body, would administer the process, but that the decisions would be completely shared, and those decisions have been completely shared.”

Nick McDowell says that, statistically “more artists were going to Europe than anywhere else. Fairly closely followed by North America and then South and Central America, with a few in Asia and fewer in Australia and Oceania”.

And who have their grants gone to? Nick McDowell says: “We get many more applications from visual artists than any other artform … and more applications from London than from other regions but we've tried to be quite careful about spreading the awards as much as we can around the regions. There will be a certain number of outstandingly strong applications … and a large slew in the middle which are really good and which you'd like to support if you could. It's in that middle region that you try and balance behind geography and artform.”

For artists, the task – after the thrill of setting up a new collaboration – is how to continue developing the project. For myself, the connection with Norway led to a grant from Det Norske Komponistfond (Norwegian Composers’ Fund), which paid for commissioning the music from Thomas Strønen.

On 24 April, the new Secretary of State announced a new £18 million fund for international work supported by ACE from 2015 to 2016. A portion of this will be used to increase the AIDF budget. I can only hope that some will also go into supporting collaborations initiated through the AIDF so that these emerging, internationally focused practitioners can take their work to the next stage.

Mark Hewitt is a writer, theatremaker and director of live literature productions.
www.mchblank.co.uk