Desperate pleas from those who are losing their livelihoods have revealed the stress that Arts Council England’s grant application system – known to be dysfunctional since 2016 – has placed on them. 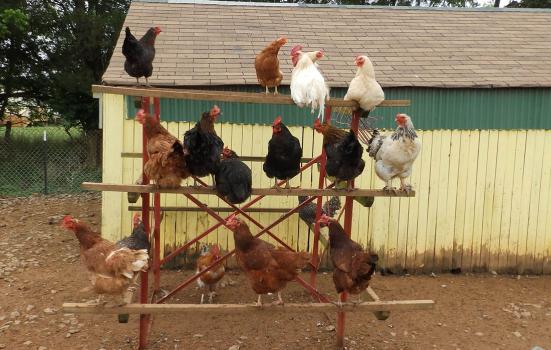 Despair, anger and disbelief have boiled over on Twitter as applicants for Arts Council England’s £70m emergency funding for individuals and small organisations have vented their frustration at its application portal, Grantium.

Desperate pleas from applicants who are losing their livelihoods have revealed the stress that the dysfunctional system has placed on them. One tweet said: “Wow. Trying to apply for emergency funds whilst nursing my loved one in their last weeks on earth, is not how I had envisaged this new decade beginning. Currently stuck in a #Grantium impasse hell hole.”

Emily Johns tweeted: “#Grantium made me cry so much! And the monitoring form only worked if all the management committee were marked as having a different gender to the one they were assigned at birth. But no box for are you an emotional wreck as a result of interfacing with this interface.”

Another tweeter complained that ACE is using premium phone lines costing 55p per minute for its helpline, which she was told to call when Grantium said her account was suspended: “It just cost me 47p to listen to an answer machine”. ACE has told AP this was probably connected to an old number, which shouldn’t appear on Grantium, and are they are trying to locate and remove it.

Some would-be applicants dulled the pain with humour. Creative Producer Charlotte Lund asked “Can you include funds in the @ace_national #emergencyfund application for the amount of wine I need to buy to get through a day spent on #Grantium ?? Asking for a friend”.

Poet Tom Hirons tweeted: “I navigated #Grantium to make an application profile. I feel like the first level of that game is too tough for it to really take off, tbh, and the graphics are basically rubbish. Looking forward to the next level tho. Maybe some Easter Eggs?” He continued: “I'm a geek. I use Linux; I am comfortable with the command-line. I make websites using a number of platforms. I'm not a Luddite, although I wish sometimes I was. I learned to program 'C' when I was 10. AND I STILL CAN'T FIGURE OUT HOW THE F***ING THING WORKS.”

The despair has been especially acute among first-time applicants who faced a two-stage process, having to apply for a user and applicant profile before being able to apply for any money.

A volunteer trustee of a small arts organisation, who has stepped in to help them with their fundraising, told AP: “Grantium is clunky, slow and ugly, is at least a decade out of date, it logs you out if you leave it for more than a few minutes, often fails to upload, and makes the whole process as painful as possible. I was appalled to find out how much staff time it requires – especially at a time when we are under huge pressure to adapt at speed to deliver our work remotely whilst we have some staff on furlough and others on sick leave or isolating. I wonder how many artists and organisations will fall through the cracks because the task of applying to ACE is so overwhelming or simply not worth the investment of time when we know there will not be enough money to go around.”

Tensions mounted as the deadline for submission of applications approached. ACE had to extend the deadline by two hours in the face of technical problems and ever-mounting anxieties. One would-be applicant appealed directly to ACE CEO Darren Henley: “Grantium portal is still not working? I have an account and App ready. How are we supposed to make this deadline, midday today? No telephone help, no reply to emails, no holding message on your website to explain or put in a queue? Pls advise.”

Several consultants, workers in arts organisations and artists with more experience in using Grantium have been stepping up to help. Rachael White, Head of Development at Fact, Liverpool, produced a Youtube video to walk would-be applicants through the process of signing up to Grantium. Producer Steph Weller reached out to artists struggling to download the docs from Grantium or the ACE website by putting key documents on her website.

So bad have been the problems that, to reduce the amount of time and number of users on the portal at any given time, ACE has had to publish word templates of the application forms and asked applicants to work on these until they are ready to paste their final responses into Grantium. Its customer service team has been online to offer support from 9am-5pm, Mondays to Fridays. A spokesperson told AP: “Our investment and customer service teams are working hard to respond as quickly as possible to the queries we have been receiving. We also have around 20 existing staff members on hand to help support customers services in the event that we experience particularly busy periods.”

No plans to replace Grantium

Arts Producer and project manager Gordon Dalton, who has himself organised an emergency crowdfunder to support artists on Teeside put out a plea for Grantium to be scrapped: “Maybe, just maybe, @ace_national would consider scrapping #Grantium asap after this. Unworkable at the best of times, it’s not fit for purpose. No one likes it.”

But he is by no means the first to call for ACE to replace the system, which the CEO of one NPO famously likened to a “Soviet-era interface for monitoring grain harvests”. That was three years ago, when Grantium was already under fire for being counterintuitive, using incomprehensible language and having confusing design. Artist Sonia Boué told AP at the time: “It's hard to make sense of such a position but [ACE’s] seeming inflexibility is consonant with the portal itself, which continues to make neurodivergent (ND) artists unwell as they struggle to use it. I can't imagine that mere changes to the portal as it stands would suffice to make it truly accessible for ND artists.” But ACE refused to abandon it then and is still making no plans for its replacement.

AP asked ACE whether, given the long history of serious problems with Grantium, they would be dropping it. But they declined to answer, saying: “Our number one priority is to help the people and organisations in our sector to keep afloat during this period. We have designed our emergency funds to support the sector as quickly as we can, and the best way to get funding to them is through our existing grants management system Grantium, which we will use to manage applications for all three emergency funds.”

Grantium cost £930k when it was first introduced in January 2016, when ACE described it as a new “fit for purpose” grant application system that would remove the need for applicants to send or receive physical letters. Purchased from a Canadian supplier, the system was being used at the time to optimise the efficiency of Canada’s health services. But then ACE Deputy CEO Althea Efunshile was confident the system could also deliver for the arts sector, saying the move to the online portal was a “major piece in the jigsaw” that would “save around £1m each year”.

Within three months the system was under fire, branded “intimidating, off-putting and inaccessible” by users, especially for applicants with disabilities. Such was the scale of the problems that in January 2017 alone, ACE had to  deal with 2500 customer service enquiries, after which it gave up quantifying Grantium-related calls. Claims that Grantium had saved ACE £700k were scorned by Artist Dan Thompson, who said the savings were simply being pushed on to applicants: “Grantium savings are supported by massive in-kind donation of artist time, as they support each other through applications.”