London Mayor commits to supporting self-employed creatives who are under pressure to accept poorer terms once government support is phased out. 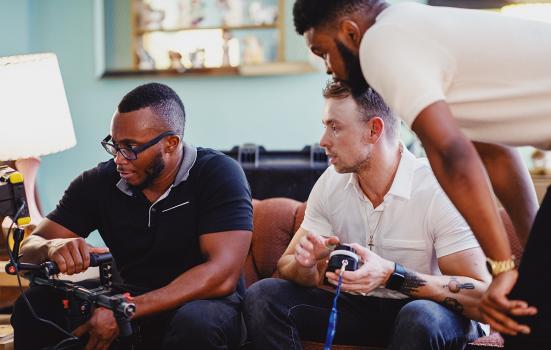 A new programme will put self employed creatives "in the driving seat" of policy design
Photo:

A programme to safeguard the futures of freelance creatives and improve their working conditions will alleviate pressure to accept "poorer terms" amid the current economic crisis.

London Mayor Sadiq Khan has announced the scheme, The Creative Freelancers: Shaping London’s Recovery, is calling for up to 50 performing arts freelancers to join a diverse group who will shape culture recovery planning alongside City Hall.

Directors, writers, performers and designers will be paired with leaders of cultural organisations, funders and councils to develop plans to improve working conditions and job and training support for freelancers.

Part of the programme will involve developing a new Freelancers Charter setting out the standards cultural and creative industries freelancers can expect from employers.

Freelancers make up nearly half of the jobs in the capital’s culture and creative industries - and up to 60% have lost all their work since the start of lockdown.

This initiative responds to Centre for London research and recommendations to improve conditions for London’s low-paid self-employed workers.

£225,000 has been budgeted for the six-month programme, which Khan describes as putting "self-employed creatives in the driving seat as we design future policy".

Erica Belcher, Senior Researcher at Centre for London, welcomed the announcement. She said it will begin to tackle the danger that freelancers might feel "under pressure to accept poorer terms once government support is phased out".

City Hall will work with Fuel Theatre, which will lead on recruiting the freelancers.

An independent producer of live performance, Fuel specialises in work about how people relate to each other and the world, and providing a platform for underrepresented voices.

Earlier this month, the company’s community of freelancers published a manifesto in response to their own experiences of working in an industry they say is weighed down with systematic discrimination.

The manifesto includes guidelines and expectations for individuals and organisations to commit to, and a call to action for them to sign up to its principles.