Artists have spoken out against an emergency funding formula that assumes a cultural ecosystem exists and will support artists through the current crisis. 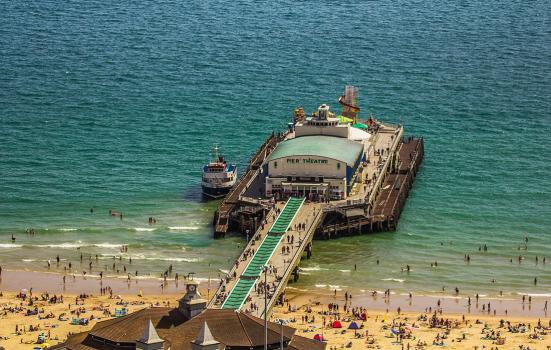 An open letter signed by Bournemouth-based artists is calling on Arts Council England (ACE) and the local authority, BCP Council, to recognise and correct funding inequalities. They believe ACE’s emergency funding formula for the coronavirus crisis will deal “another blow” to the sustainability of the emerging organisations in the area, who “provide a vital life-line for many emerging artists, are run largely by volunteers and have minimal overheads”.

ACE has allocated £90m of its £160m emergency fund for its National Portfolio Organisations (NPOs), which it describes as supporting “entire ecosystems of human talent on which everyone in our sector depends.” It has set aside funding for them in an attempt to ensure they can “reopen their doors as soon as possible” so that these ecosystems can survive, and is extending their core funding contracts for an additional year.

But Bournemouth-based artist Nell Leyshon doesn’t accept that local organisations are doing their bit to support local artists. She told AP: “The system for supporting a fragile embryonic sector simply doesn’t work around here. In my work I’m addressing all of the aims that ACE has for the next decade, working with the most marginalised of groups, yet I have no funding and no support apart from the Bournemouth Emerging Arts Fringe (BEAF), which receives precarious project grant funding and is run by volunteers.”

In a letter to ACE, she said: “It is so hard to work like this, unsupported by organisations funded by ACE. It is even harder to accept when you start to look at the company balance sheets”.

Her concerns about artists losing out to NPOs are reflected in an observation made this time last year by ACE’s Deputy Chief Executive Simon Mellor. Setting out a series of drivers that he said would influence ACE’s 10-year strategy, he described the key for the future as being a “genuine process of collaboration and sharing of resources”. Among those drivers for change, he cited a realisation that “trickle down” funding doesn’t work for many artists, and therefore routing funding through organisations is “not a very effective way of supporting the development of independent artists”.

Leyshon and Carol Maund, Director of BEAF who co-drafted the open letter, believe artists in the area will also miss out on this emergency support because, despite serving a population roughly the size of Bristol, it is currently a “cultural dead spot”.

Leyshon, who is Deputy Chair of Shakespeare's Globe, has a track record of working with major organisations in London and around the rest of the UK, but says there are very few opportunities locally. “ACE puts nearly £4m a year of core funding into this area, but over half of this is for one orchestra and we have no theatre producing companies or public gallery space. For the NPOs in the area, developing a strong cultural ecology is a very low priority.”

She continued: “From April to December last year, Bristol received £2.4m from ACE for more than 120 different projects while BCP received just £200,000 for just 11 projects. There has been a complete failure of strategy to develop the fragile emerging sector here. The way the emergency funding is being allocated will simply make matters worse – both in the short-term, but also in the years ahead, as the projects that were due to begin now have been cancelled.”

In January 2019 arts organisations in the new Poole, Bournemouth and Christchurch city region backed an enquiry into how culture could be placed at the heart of local life. At its launch, ACE CEO Darren Henley said the enquiry’s aims were “to create the infrastructure and the environment where people can be creative, where in 10-20 years’ time people will talk about this part of the world as England’s creative coastline.”

But Leyshon and Maund say the Cultural Enquiry “has cost £100,000 to date and they have only told us what we already know. We have had too many conversations with young artists who are desperate for support.”

Local artists are joining them in calling for a redistribution of money coming into the region, with greater support for local artists and emerging talent and an end to “overstaffed organisations” and “high salaries for people in arts organisations who do not make work but rely on freelancers to deliver work.”