Whose ethics are they anyway?

At the heart of the debate about ethics in arts sponsorship and fundraising are questions about the moral obligation of the arts sector. Frances Richens reflects on the issues. 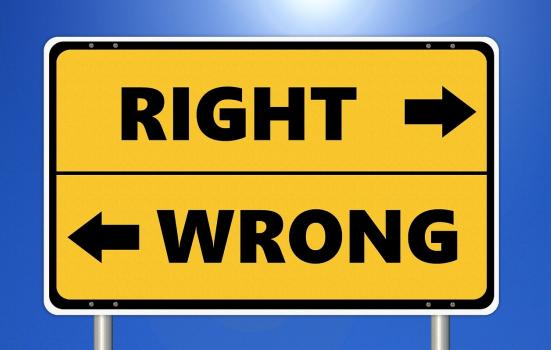 If one thing is clear from the results of AP’s latest Pulse survey on the ethics of sponsorship, then it is that ‘Take the money and run’ is not a viable policy for arts organisations. Arts workers are almost unanimous in their call for organisations to consider the actions and motives of potential supporters before accepting their money. Even those who argue it is possible to turn ‘bad money into good’ Robin Hood-style, think it unwise to welcome any and all offers with open arms.

The survey asked about sponsorship and major donations in relation to four broad ethical areas: activities relating to politics, such as oppressive regimes or armaments, and those that negatively impact the environment, human wellbeing, such as tobacco or alcohol, and animals. It's clear that arts workers believe activities in all of these areas – and others beside – could potentially make a sponsor or major donor inappropriate, but there is no consensus on where the red line should be drawn.

The revealing responses disclose arts workers’ personal values. “Animal ‘testing’ may include genuinely beneficial research using animals under Home Office licence,” says one respondent. Another points out that while it may be appropriate to accept sponsorship from a Champagne or gin brand for some of an orchestra’s work, it probably shouldn’t support its children’s programmes. Some activities are judged more ‘unethical’ than others – but there’s little agreement on the hierarchy.

According to one respondent, “the main issue is what is the sponsor expecting in return.” Another asks: “Where do you stop? Do you start by asking the patrons where they work and who pays their wages?”

More fundamentally, the survey findings raise the question of ‘whose ethics’ arts organisations should adopt. “It is important to look across the whole of society and not the organisation’s own immediate echo chamber to make this judgement,” writes one. Another points out that while public consensus agrees cigarettes shouldn’t be advertised, “it is not yet the case that the general public think that mining and selling fossil fuels is unethical”.

“Why do we expect the arts to be moral and not the general public,” asks one, and several question whether arts workers, with their left-leaning tendencies, are capable of making decisions that reflect wider society’s views – or those of the public they hope to engage. Another argues that decisions should take account of context and the local community “outside the middle class, liberal bubble”. Speaking of the recent protest that led BAE Systems to pull out as a sponsor of the Great Exhibition of the North, they go on to suggest “maybe BAE’s employees could have been incredible audience development opportunity”.

But many others are passionately in favour of arts organisations challenging ‘immoral behaviour’. “Artists are a moral voice for society,” writes one. Another says: “Art has to uphold and underpin the rights of humanity when governments and corporations don’t. It is imperative we take the moral high ground and stand against anyone who tries to crush or oppress an individual’s rights or the growth of society creatively.”

And here lies the crux of the issue – how should organisations make these decisions, and who should make them? Formal policies to help guide ethical decisions in relation to sponsorship deals or major gifts are still quite rare in the arts – only a quarter of survey respondents are aware of their organisation having one in place.

While those that do have a policy are overwhelmingly positive about it, they are no less likely to consider their organisation to be ‘at risk’ of accepting support from the wrong kind of person or organisation and suffering reputational damage as a result. High-profile protests and media storms are given as evidence of how damaging a poor decision can be. “The recent furore around BAE Systems sponsorship of the Great Exhibition of the North just goes to show what happens when organisations don’t take into account the ethics of their donors,” writes one.

A lack of time and resources, and the pressure to raise money privately, contributes to this risk. Over half fear financial pressure might push them to accepting inappropriate support. One respondent sums up the views of many: “Arts organisations are under pressure to increase earned income and sponsorship at all costs and it puts them in a very vulnerable position.”

Not having a policy in place can only heighten this vulnerability.

Even if policies are written and followed though, the fundamental problem remains about what should be driving decision-making across the sector. One respondent illustrates this dilemma perfectly: “If we refuse support not because we think the donor unethical, but because we are worried about ‘reputational damage’, then that in itself is an unethical decision.”

A divide is evident even among those with a policy in place. Some see their policy as principally about maintaining their organisation’s values and moral standing, while others believe it is purely about protecting their organisation’s reputation. Some think it is absolutely right for decisions to be made on a simple ‘risk-versus-reward’ basis, taking into consideration how association with a sponsor or donor may negatively impact audience numbers, or reduce their organisation’s standing with partners, artists and other supporters.

Others feel passionately that the arts is a unique sector, with a mission to improve lives and the world as a whole. And they believe this mission should preclude any action that might support those who have a hand in causing harm.

This divide lies at the heart of the debate about ethics in arts sponsorship and fundraising. If the sector is to move towards a consensus, then we need much more open discussion and transparency around decision-making.

Some would like to see larger organisations and sector bodies take a lead on this, and what is undoubtedly concerning is the silence that radiates from any and all arts organisation that have been embroiled in controversy. “Rarely does a cultural organisation comment on the ethics of those they partner with,” points out one respondent. “An important first step is to have a more open and informed debate – panel discussions and published policies/processes can all aid in doing this.”

Hopefully, ArtsProfessional's survey will be a useful catalyst.

Frances Richens is Editor of ArtsProfessional.

MuseumHour will lead a Twitter conversation about the ethics of sponsorship on Monday 30 April, 8-9pm.