After a week of artist boycotts, public protest and ticket sale freezes, BAE Systems has announced it will redirect its support for the Great Exhibition of the North to other “better suited” initiatives. 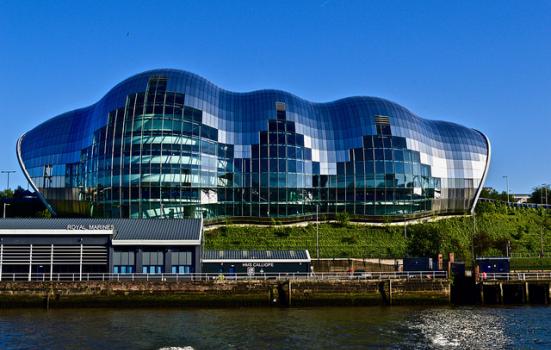 One Small Human on VisualHunt.com / CC BY

Arms manufacturer BAE Systems, which has faced public backlash since it was unveiled as one of three key sponsors of the Great Exhibition of the North, has announced it will no longer support the event.

In the weeks following the announcement of the partnership, artists pulled out of performances and a petition demanding the end of the sponsorship gathered over 2,300 signatures. Sage Gateshead, set to host a series of events during the exhibition, temporarily froze ticket sales until the issue was resolved.

BAE Systems has now put out a statement saying it “remains supportive of the aims of the Great Exhibition” but has decided to “redirect our support to other initiatives better suited to both our skills and innovation objectives”.

In response, the £5m Government-sponsored Exhibition thanked the company for its “valued contribution”. A spokesperson for the lead delivery partner, the NewcastleGateshead Initiative added: “We accept and respect BAE Systems’ decision. Working with all of our partners, funders, supporters and contributors, we remain focussed on delivering a successful event which will shine a spotlight on the North’s great art and culture, design and innovation.”

The news has been welcomed by campaign group Art Not Arms, which orchestrated the petition questioning the links between an arms company accused of “profiteering from the deaths of innocent children” and an arts festival that “claims to offer ‘family-friendly fun’”.

It has also been welcomed by Nadine Shah, one of the musicians who withdrew from the event, who said last week that she was “disgusted” by the arms manufacturer’s involvement in the exhibition and refused “to be in any way associated with them”.

Following the news, she wrote on Twitter: “Thank you so much to everyone who has shown their support and solidarity. I’m so happy we can once again be a part of this festival and look forward to performing for you all!”

Researcher Stephen Pritchard, a vocal opponent of the sponsorship, commented: “The exhibition’s partnership with BAE Systems was not about money, it was about brand association: the artwashing of BAE’s corporate social licence to operate. What is truly amazing is that a small group of artists and cultural workers came together and collectively protested the artwashing of the festival in a very effective way.

“We do not talk enough about the ethics of art and culture and I think this campaign has helped bring ethical issues to the top of the cultural agenda.”

He continued: “Of course, we will still press for answers to all our demands, particularly our call for a full and frank disclosure of how this outrageous partnership came into being and the roles played in that process by the government, Arts Council England, the NewcastleGateshead Initiative, and the leading arts and cultural partners.”