We need to work harder on donor diversity 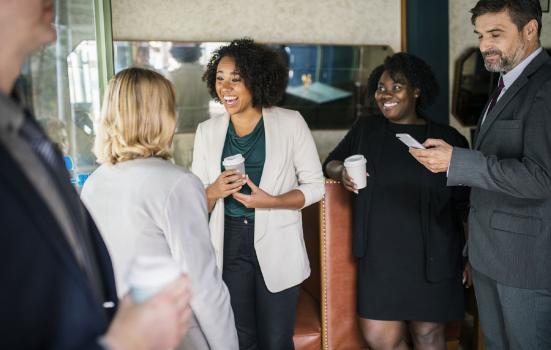 We are encouraged as arts organisations to think about the importance of a diverse workforce, diverse boards and diverse audiences, but there is often little thinking about how we can encourage more diversity among our donors. All too often we are all chasing the same donor pool - those we know who are trusted supporters of arts, culture and heritage.

Our donors are mostly white British and upper middle class. Often they come from London or the south east of England where individual giving levels tend to be much higher, according to the latest data from Arts Council England-funded organisations.

I’ve worked with many organisations on developing fundraising plans, and very rarely is there a specific discussion about tailoring a plan to the interests and giving motivations of different communities in a region. Organised philanthropy tends to be stuck in the past. We build lookalike models so we fish in the same sea for the same donors.

As our communities in the UK get more diverse, we need to work much harder to understand and engage them. In the 2011 census, 80.5% of people identified as white British and 19.5% as ethnic minorities. We cannot afford to exclude one fifth of the population. Our fundraising strategies also need to reflect differences in age, ethnicity, race, religion, gender, sexual orientation, geography and source of wealth.

Growing diversity among donors creates both challenges and opportunities for arts organisations. But as competition for charitable funds increases, we put our organisations at risk if we don’t reach out effectively to a more diverse pool of potential donors.

Fundraising from the Muslim community

For areas of the country where there are high numbers of Muslims - such as Leicester, where they make up 18.6% of the population - understanding these giving priorities is essential. Not least because if migration patterns to Europe continue, then the UK's Muslim community is predicted to grow from 3.4m to 13m by 2050, according to the Office for National Statistics.

When it comes to Zakat - the Islamic faith’s requirement to give part of a person’s wealth to charity - causes that the money can be allocated to are very prescriptive. They include giving to the destitute, new Muslims facing hardship and initiatives that free slaves. Many people opt to distribute Zakat in one transaction during Ramadan. According to the Muslim Charities Forum, each year charitable donations during Ramadan amount to around £100 million. Research shows that the Muslim community is the largest religious donor to charitable causes within the UK.

The restrictions of Zakat might seem out of reach, but an arts organisation can highlight specific activities that are likely to resonate with the Muslim community, such as work with refugees or asylum-seekers. Raza also outlined that engagement must be for the long term to build trust and understand priorities, and not just work as an add-on or experiment at the time of Ramadan. It’s also essential that Muslim donors know where their money has gone – accountability is vital.

Regional differences in diversity are why creative placemaking has become more popular as a field in recent years, producing a rich body of evidence about how the arts can strengthen the economic and social make-up of communities. The arts can be an important driver of civic engagement and social change. It’s essential that arts organisations articulate well the ways they speak to the challenges of poverty, educational disparities and other factors.

In order to attract and include more diverse populations, we need to create fundraising plans that are appropriate to the specific groups we wish to approach. While this creates headaches for us in terms of already overstretched fundraising capacity, we can’t assume that programmes we have used effectively with white donors will also work for different populations. New strategies need to be designed to understand both language and motivation. Then we have to consider how we diversify our workforce to reach new donors and communicate with them well.

International research identifies that the key to more diverse philanthropy programmes is showing an organisation’s impact on the communities it serves – from children to the elderly, from healthcare to schools and everything in between. When donors see the arts as a solution to community needs, they give more and more often. These causes most frequently include education, religion, human services and social justice. However, there is usually insufficient awareness about how these issues intersect with arts and culture.

Differences in generation, race, gender and sexual orientation drive the issues that donors care about, their approaches to giving and the ways they engage with charities. Personal connections and findings ways people can contribute time and expertise are important. This is especially important among high-net-worth individuals and millennials. Diverse giving circles, such as the Philadelphia Black Giving Circle in the US, are becoming more popular. It aims to cultivate charitable giving within the Black community and address the most pressing needs it faces in the Greater Philadelphia region.

As the current political climate shows, it is more and more difficult to find a middle ground between populism and the perceived elitism of the arts sector. We need smaller exhibition venues, public art producers and other cultural providers to stimulate change and compete for attention away from a heavy concentration of thought leadership and philanthropic focus in London.

We urgently need to raise awareness of the full breadth and diversity of the arts and culture sector – and our work with donors needs to drive this thinking too.

This article is part of a series of articles on the theme Fundraising for the Future, contributed by Arts Fundraising & Philanthropy.

Diversity of Donors is part of a year-long research project in partnership with the Institute of Fundraising. If you have case studies, knowledge or insight please get in touch with Michelle at michelle.wright@cause4.co.uk.