Investing in the workforce

How can we attract a diverse workforce into the arts sector? Robert West says arts organisations can start by dismantling the barriers they are putting up themselves. 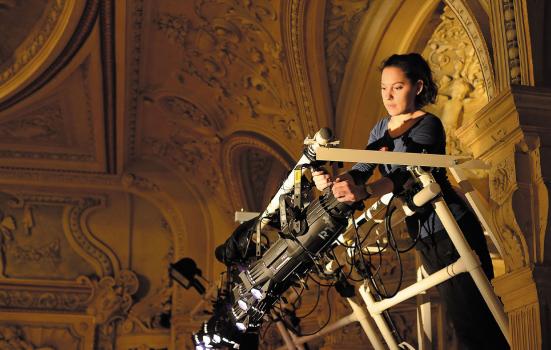 Schemes addressing equality and diversity imbalances in the cultural sector have been on the agenda for many years. Class and social mobility are rightly also being discussed as part of the inclusion debate. A fair and diverse industry is central to current discussions about jobs in the arts, and at Creative & Cultural Skills (CC Skills) it is central to our mission.

How many arts and cultural organisations, for example, look at their youth theatres, Saturday art clubs or other education and community initiatives as their future supply chain?

Our national conference on Monday 1 April in Cardiff kicks off on the theme of barriers in the cultural sector as we consider how we can address inequalities and learn from best practices. Yet, despite all the talk about diversity and inclusion, has anything really changed?

I was fortunate to start my career in the 1980s when I could access free drama sessions locally. And when I decided to go to drama school, I was able to get a maintenance grant from the Inner London Education Authority to support my studies at Rose Bruford College. At the time that I left, The Stage newspaper was full of opportunities to access work with resident companies including Cockpit TIE and Harlow TheatreVan, as well as engage with funded companies such as Bruvvers Theatre company in Newcastle and M6 Theatre Company.

At that time there were many subsidised arts companies offering free or low-cost opportunities to schools and communities. One of the largest barriers to accessing opportunities in the arts has been the reduction in funding, which has been in decline since the end of the 1980s. Theatre companies, such as Gazebo TIE in the Midlands, were set up through the Manpower Services Commission that was responsible for the development of several arts organisations. How useful would such a scheme be today in creating employment opportunities? But that was then and this is now.

The current factors that prevent access to gaining employment in the arts include a lack of state investment over many years. However, removing barriers requires more. A lack of knowledge and experience of the arts and culture process stops many people before they have even started.

That’s why one of the first programmes I developed at CC Skills was ‘Offstage Choices’. It took the form of taster days based on a simple premise: if a young person only sees the final product, and not the process, then why would they show any interest or desire to build a career where the jobs actually are – and that is primarily offstage and backstage? We encouraged our industry supporters to open their doors and invite local people in to meet those who are doing jobs they wouldn’t necessarily know exist. So they met programmers and curators, costume-makers, finance managers, stage managers and, more importantly, had a go at these roles themselves.

We would hope that the recent government announcement of the allocation of funding for the Creative Careers Programme cited in the Creative Industries Sector Deal will similarly open doors. We are thrilled to be working with the Creative Industries Federation and Screen Skills on this important project, but awareness only takes you so far. Young people may discover a job role, but they’re often no better informed as to where the jobs are, or how to access them.

Another barrier is careers advice. Careers advisors generally know little about the arts and cultural sector as they are trained to offer advice on linear career progression paths. This leads them to tell people if they do qualification x and apply to y they will then be able to access a job opportunity. A career in the arts, however, is not linear. Ask any two people doing the same role and they’ll describe a different career path.

Many barriers are bigger than any of us can solve alone: reform of the education system, financial support for the disadvantaged and increased levels of subsidy. However, we can control the controllable. I would argue that many of us working in the sector, particularly at a senior level, need to take a good look in the mirror and ask if we are doing enough.

Arts organisations tend to be short-termist in outlook. Unless and until companies prioritise investment in their future workforce, we’ll inevitably default back to the current non-representative pool rather than creating the time required to make the workforce more inclusive.

How many arts and cultural organisations, for example, look at their youth theatres, Saturday art clubs or other education and community initiatives as their future supply chain? If these activities were less of a bolt-on and more integral to our institutions, then it would surely be better for the sector’s long-term future. I am not just talking about young people here. Let’s not forget career changers or staff that need upskilling who could be the answer to filling a gap you have for a fundraiser or an arts administrator, if only they were offered an apprenticeship or similar training programme.

It is not unusual to see training budgets reduced or removed, but that is an obstacle that we are responsible for. So, let’s start to dismantle the barriers that we are putting up ourselves, and work together to help create the conditions that make it possible. Let’s not forget that change starts with ourselves.

'If you can't find the work, make it': helping young people take the creative initiative
Investing in the workforce