Discounting: The Good, the Bad, and the Ugly

Offering discounts? If you don’t have a reason for cutting prices and are inconsistent with your offers, don’t expect your customers to play nicely, says David Reece. 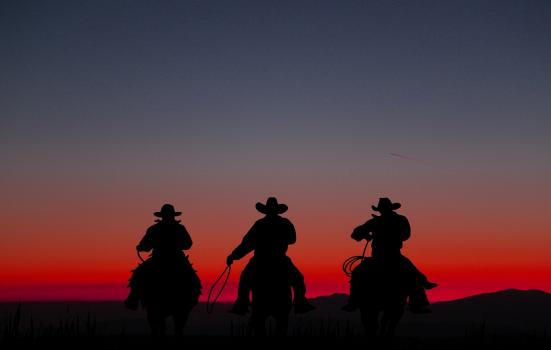 Everybody loves a discount - that warm, fuzzy feeling you have when you get more for less. It’s not about getting something for a low price in and of itself - because a £20 ticket for £10 is more appealing than a £10 ticket for £10. Same price, different appeal. By getting a 50% discount on that £20 ticket you feel you’ve got more value for the £10 you’ve spent, plus you’ve gained £10 to spend elsewhere. Great for the customer, but what about the seller? Discounting can be an effective way of boosting sales, but we should distinguish between good discounting and bad discounting. It’s important to ask yourself : “what did the customer do to justify receiving that 50% discount?”

Let’s start with the bad. Indiscriminate discounting is the enemy of effective pricing strategy. It might generate short-term gains, but this approach only ends up undermining the value of your product. It also sets up a dangerous precedent in the eyes of the customer buying a discounted ticket. Next time they consider buying a ticket they’ll expect to get the same discount again, encouraging them to wait until you drop your prices. If you don’t offer the discount you might just lose that customer altogether. You’ve inadvertently trained that customer to expect a discount, even though this was only meant to be a one-off offer. Getting out of this cycle probably means some short-term pain as you re-train your customers not to expect these kinds of offers, but it’s vital if you are to develop an effective discounting strategy.

That’s not to say that you shouldn’t be offering any discounts at all. Carefully thought through, strategic discounting forms an important part of your overall pricing strategy and needs to be considered alongside how you set the face-value ticket prices on offer. There are two key principles to follow when it comes to strategic discounting. First, you must be able to justify any difference in price to your customers, e.g. a discount for booking early, or for booking multiple events at the same time. Secondly, you need to be consistent in how you apply discounts so your message is clear. The beauty of strategic discounting is that it can play a powerful role in your marketing strategy, encouraging behaviour you want and encouraging attendance from customer groups you want to appeal to.

Take young people as an example. Most arts organisations want to attract more of them. Discounted tickets alone are not going to be enough to see young people flooding through your doors, but by offering them discounts you send out a message that you want to encourage them to attend.

One of the best examples of an effective discounting strategy to encourage young people is a new scheme launched by the Royal Danish Theatre, who put on opera, ballet, concerts and drama in a number of venues across Copenhagen. The scheme is based on a monthly subscription fee of 99 Danish Krone (DKK) - about £10 - which gives anyone under 25 access to as many performances as they like across the entire programme. Given that prices for opera are upwards of 500 DKK per ticket, that’s already a great saving. Tickets are available 14 days before a performance and the only restriction is that you don’t get to pick your seat. This means that for a strong-selling show you end up sitting near the back of the auditorium, but for less popular shows, these tickets can be used to strategically ‘dress the house’. There’s also the option of a 1,000 DKK annual subscription, which can be purchased as a gift – so friends and relatives can effectively give under-25s free theatre for a year. And for those young people who really want to see particular shows without risking them selling out, or who want to pick the best seats, then there’s still the opportunity to buy a discounted youth ticket instead.

Not being able to pick your seat for a show can be a very effective way to justify a discounted price. This concept of ‘Secret Seats’, developed by Baker Richards, is a great way for organisations to offer accessible ticket prices to everyone. With this approach, rather than picking a specific seat, customers are given the option to purchase a low-price ticket in exchange for having a (secret) seat allocated by the box office. The key is to keep it simple, offering a limited (but varying) number of seats for every performance. Baker Richards worked with English National Opera  to help them develop their now well-established Secret Seats offer, which has allowed them to meet an appetite for discounted tickets, while encouraging early booking and avoiding indiscriminate, last minute discounting.

Other organisations have similar offers, tailoring the name to fit their brand, but maintaining the element of risk of not being able to choose your seat. For example, London Symphony Orchestra offers Wildcard tickets starting at £10 for all of its main season concerts. Similarly, the Bush Theatre in London has a limited number of ‘Count Me In’ tickets for £10 available in advance.

Consistency is vital and discounting can trip us up – not just in the cultural sector. Supermarkets like to encourage us to buy more stuff than we really need. They bombard us with offers as we walk down the aisles and they don’t make it easy for us to know if we’re getting a good deal. On occasions they don’t even know themselves … 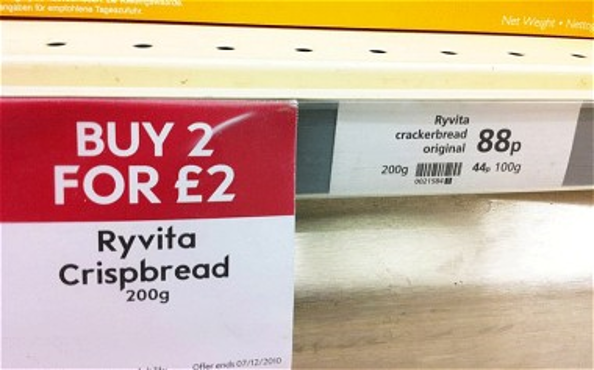 The moral of the story

As long as you can explain why you’re offering a discount and you’re consistent in making that discount available, then the customer who gets 50% off their ticket because they didn’t choose their seat, or because they belong to a certain demographic, understands what they have to do next time to get the discount again. On the other hand, if you start discounting for no reason other than as a means of firefighting to sell some last-minute tickets then you end up with customers expecting you to do the same again in future. Everyone loves a discount: the key is to make sure there’s a justification for that discount. That way, discounting becomes another reflection of your organisation’s objectives.

Planning in a time of radical uncertainty
The many roads to recovery
Discounting: The Good, the Bad, and the Ugly
Segment your way to success
Turn your marketing upside down
Knowing the score
Are you pricing dynamically?