The dangers of a no-deal Brexit

What would a no-deal Brexit mean for employment in the arts? Damon Culbert foresees widespread disruption and labour shortages unless immigration policies change. 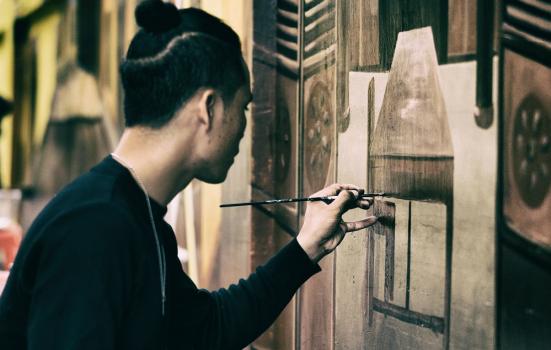 According to a recent report from the Confederation of British Industry (CBI), the Government will need to change its immigration policies before Brexit or risk serious issues for almost every industry in the UK.

There are approximately 131,000 EU nationals working in the creative industries in the UK, making up 7% of the total workforce. These individuals range from stage technicians to gaming software developers. Freelance and self-employed workers make up 35% of the sector and 33% of EU workers.

Should the UK leave the EU with no deal and extend its current immigration system to Europeans, these workers will not be eligible to enter the UK on a Tier 2 visa. The work visa route requires employers to first apply for a sponsor licence before they can employ overseas workers.

Similarly, for casual and low-skilled workers earning less than £30,000 per year, the Tier 2 route is also unavailable. From huge events like music festivals to costume-makers to theatre bar staff, the creative industries could see vacancies grow rapidly following Brexit.

EU citizens already here are guaranteed the ability to stay indefinitely, following a registration process which costs £65. But for many in the creative industries, the UK may never have been a place to settle permanently. This, along with a generally more hostile environment following the referendum, may be enough for them to leave, exercising their freedom of movement elsewhere.

While a recent Migration Advisory Committee report claimed that there was no need to extend immigration options to low-skilled workers, the CBI has responded that it will be necessary immediately after Brexit to allow this kind of labour into the country. Otherwise, there will be a risk of widespread disruptions and labour shortages. The Committee for Digital, Culture, Media and Sport (DCMS) also identified the risks in denying low-skilled creatives entry into the country this January, yet the government has continued to put the creative sector at risk through its unworkable Brexit proposal.

As is often the case with financial crises, the arts will most likely suffer the most. Since 2007, arts organisations have received £345m in EU funding. While the government claimed in 2016 that it would use British money to support these projects going forward, this assertion has not been reiterated, and seems to be in the land of fantasy as no-deal preparations occupy the forefront of public consciousness.

In the years since the EU referendum, we have seen film companies opt to come to the UK, with foreign studios spending £1.7bn last year alone - almost double the amount spent in the four years before that. This has been attributed to US companies to capitalising on the weak pound. As the pound plummeted following Theresa May’s meeting with EU leaders in Salzburg, we may see this trend continue. But although it’s great for the UK film industry, this is not a long-term solution.

Should the pound restabilise in the years following Brexit, we could see this foreign interest dry up. In addition, the UK film industry has a great international pull because of its place in Europe. Currently, we are able to employ European workers at short notice, essentially flying them out the next day to work on short-term projects such as individual episodes or adverts.

If no deal is reached, this will immediately end. Theresa May’s Chequers deal suggested that the EU and the UK have a visa-free agreement, where citizens can visit for up to six months without applying for a visa - a system we already operate with countries such as China and the US. However, no deal would mean that no immigration provisions will have been agreed, and this would no longer be a possibility.

On the stage, in design and behind the scenes, migrant workers buoy up the UK’s creative sector and give it its brilliant reputation. Should the government crash out of the EU, this reputation could be in danger. The government must listen to bodies like the CBI and industry professionals to ensure that our future immigration system works for everyone, and in the best interests of the country.

How can we make festivals greener?
The dangers of a no-deal Brexit