How can we make festivals greener?

Festivals can have all the recycling schemes and sustainable policies in the world, but it’s getting workforce and attendees on board that will really make a difference, writes Damon Culbert. 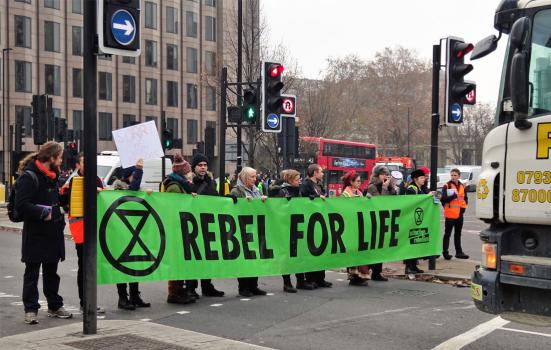 The climate change protest group Extinction Rebellion has been growing rapidly since its emergence in late 2018. For its first act of civil disobedience, 1,500 people gathered in London’s Parliament Square to announce a ‘declaration of rebellion’. From here, the group has formed chapters across the world, becoming a global phenomenon.

If organisers and attendees aren’t working together towards impact reduction, there is no guarantee that green policies will have any effect

In April 2019, the group staged protests across London for 10 days, blocking roads, gluing themselves to public buildings and even chaining themselves to Jeremy Corbyn’s house. As these acts concluded, the protesters held a ‘closing ceremony’ in Hyde Park before disbanding, no doubt to prepare their next acts of dissent towards an administration which is still dragging its feet in the face of climate breakdown. But the protest was successful in pushing the Government to formally declare a climate emergency.

Once Hyde Park was cleared of protestors, some critics of the rebellion shared an image on Twitter of the park covered in rubbish, stating that it was the members of the collective who had left this mess, completely going against the aims of the protest. It was later revealed that the image used was actually from the neighbouring 420 festival, which celebrates cannabis use.

In fact, members of Extinction Rebellion had cleaned up after the revellers at 420. The Hemp Trading Company, which initially shared the image, described the festival attendees’ behaviour as shameful for a group that “holds a plant in such high regard”, highlighting a key issue with current attitudes towards the environment at festivals.

A recent report from the Australian think tank Breakthrough says that, if carbon emissions are left unmanaged, human civilisation could break down by 2050 due to climate-related issues. As centres of community, festivals are in a unique position to help change public perceptions and mobilise people towards greener lifestyles.

As eco-consciousness continues to spread through public discourse, many festivals are becoming greener. But there is still a lot to be done to reduce the damage large events do to our public spaces.

Green Gathering is a Welsh festival dedicated to sustainability, making it one of the greenest festivals in the UK. Their policies address sustainability across a range of areas, from reducing on-site travel to using locally sourced drinks. Practices that larger festivals could learn from include increasing the amount of renewable energy used and facilitating on-site food deliveries to save vendors making multiple trips.

Another festival with a green ethos is Shambala in Northamptonshire, which has successfully implemented 100% renewable power. And it has managed to reduce its carbon footprint by 80% through its food and drink, recycling, reuse and travel policies. The festival operates a recycling exchange, encouraging attendees to hand in their campsite recycling before they leave to recover a £10 recycling deposit included in the ticket price. Through this practice, the 2018 festival sent zero waste to landfill, demonstrating how eco-conscious festival design can be successful and well-received.

Other eco-initiatives already in place include the ‘reverse vending machines’ at Download, Latitude, Reading and Leeds festivals, that provide cash in return for used plastic bottles. Plastic waste is one of the most publicised environmental concerns, so trialling a deposit and return scheme is a sensible practice for festivals – the largest of which can send millions of plastic bottles to landfill each year.

While most UK festivals are taking direct steps to reduce their impact, it is ultimately the culture nurtured at each event that will have the most significant impact. If organisers and attendees aren’t working together towards impact reduction, there is no guarantee that green policies will have any effect.

As the largest festival in the UK, Glastonbury has a considerable impact on the environment, and it would be difficult to remove this entirely. However, it has taken many steps towards greener practices which show that festivals of any size can follow suit. Their ‘love the farm, leave no trace’ policy (implemented in 2008) asks attendees to reduce their waste, out of respect for the space that thousands of people return to year on year. Glastonbury has also spearheaded the charge against single-use plastics, banning the sale of plastic bottles on site and encouraging reuse by introducing more drinking water stations.

Festival organisers must lead by example and bake sustainability into their operations to ensure that everybody involved in these collaborative community spaces is not only addressing their own impact, but also raising awareness of the need for change.

Damon Culbert is a Content Writer for The Juice Guru.
thejuiceguru.co.uk

How can we make festivals greener?
The dangers of a no-deal Brexit