Local authority cuts to the arts may be widely reported, but some councils are investing serious money in cultural development, says Andrew Dixon. 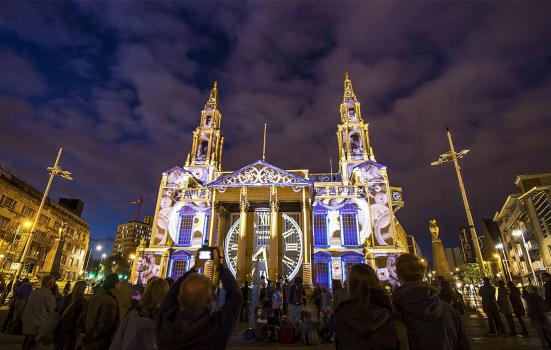 CarlMilner on VisualHunt / CC BY

ArtsProfessional has been at the vanguard of reporting the impact of local authority cuts to the arts. The roll call makes for difficult reading. Birmingham, the once go-to city for cultural organisations, will host the Commonwealth Games in 2022 with the capacity of its cultural agencies seriously eroded by cuts which already total over £1.7m a year.

Arts Council England (ACE) used to proudly say that local authorities are the biggest funders of the arts, but this could become a thing of the past. ArtsProfessional reported cuts totaling over £48m across England and Wales in the last five years.

Let me start by stating my own belief and commitment to local determination. The arts are better funded closer to the people. In the early 1990s I worked with Peter Stark and Peter Hewitt to negotiate local authority arts posts in 32 local councils across the north east of England and Cumbria. In total I have worked with over 85 councils across England and Scotland. I worked in depth with Gateshead Council on the Sage Gateshead Baltic and Angel of the North, with Hull on UK City of Culture and with Glasgow on support for the 2014 Commonwealth Games.

At their best, local authorities are creative organisations, driven by a commitment to their local population.

Many readers will have experienced the stories of museums closing for half the week, theatres doing smaller shows, touring companies who stop touring, and the loss of the local authority arts officer’s budget, followed by the officer themselves.

But this isn’t the case everywhere and it’s valuable to highlight the positive cases of local authorities that are still prioritising culture.

Coventry’s remarkable journey to become UK City of Culture has been achieved in the midst of austerity. Coventry City Council was grappling with budget pressures but has prioritised £11m for cultural sustainability, UK City of Culture and a capital plan. Its cultural strategy has been held up as an exemplar by the Local Government Association and its capital plan has attracted support from the Local Enterprise Partnership, government and universities.

It will see over £70m invested in a planned programme of cultural facilities, bringing even greater sustainability to a previously fragile cultural and heritage sector. The story of over 130 businesses and philanthropists backing Coventry 2021 would not have happened without the bedrock of local authority commitment. Hull 2017 was also built on strong council foundations.

The EU Capital of Culture process, now sadly curtailed by Brexit, lit a fire of ambition in the city of Leeds. The third largest city in the UK is home to Opera North, Leeds Playhouse, Northern Ballet, Phoenix Dance and a rich and diverse independent sector including the Tetley, Invisible Flock and Transform Festival.

For too long Leeds has slept silently in the shadow of other northern giants such as Liverpool and the culturally ambitious Manchester. But no longer. Leeds has found its voice and is incubating a new future for the arts. The city has put culture at the heart of its inclusive growth strategy, with a commitment to literally increase the font size of culture on the map of the city.

Born out of the creative industries, Leeds will once again put creative growth at the heart of its increasingly digital future. Burberry’s relocation to Leeds, as well as Channel 4’s decision to locate its headquarters there, didn’t happen by accident. They come on the back of inspired leadership from the local authority and the cultural sector being given a renewed status and voice in the city.

Leeds Council invested £12m towards its EU capital of culture bid and, with cross-party support, kept all the funds on the table to deliver Leeds 2023, an international year of culture, even after the EU cancellation. Its chair Ruth Pitt will lead the appointment of a new creative director for the city (advertised here in ArtsProfessional).

Leeds has also invested creatively in improved cultural facilities. Leeds Playhouse, Opera North, and Leeds Museums and Galleries, as well as artist studios in the city’s South Bank, will in time double the size of the city centre. Studio experts East Street Arts, whose innovative Art Hostel adds to the city’s hotel stock, will open a third space in Mabgate on the fringes of the city centre. If Mabgate were London, the arts would be squeezed out by property values and housing development, but Leeds is putting culture first.

In 1828 William Gaunt of Sunny Bank Mills in Farsley (in the west of Leeds) employed 600 people in one textile business. By 2028 the mills could once again employ 600 people in over 200 creative businesses. Leeds is repurposing its heritage and investing in a new generation of cultural talent.

Success breeds success. Leeds Arts University is expanding, Leeds Beckett University is opening a new £75m creative campus and the University of Leeds Cultural Institute will host one of the AHRC creative clusters. Other production companies are already following Channel 4 to the city.

The value of culture

Many cities and towns await the outcome of ACE’s Cultural Development Fund funded by DCMS. There were allegedly 96 bids, 19 shortlisted and just five or six to be supported. Blackburn, Wakefield, Salford and Leeds are among the bidders. It is a real test of whether national investment will follow the inspiration of local authorities who remain committed to the arts.

The Cultural Cities Enquiry will soon announce its findings. Ironically it is chaired by the head of Virgin Money, who took over the troubled Northern Rock, the public whipping post for the financial crisis. The double irony is that Northern Rock Foundation was the lifeblood for cultural development in the north east of England for over a decade. Formed at the demutualisation of the building society, it provided millions for the arts in the north east and Cumbria. Virgin has recently agreed a merger with Yorkshire and Clydesdale bank. Maybe they could recreate a similar foundation.

Whilst there may be an element of repackaging, Edinburgh Council and the Scottish Government have announced a new fund for the city’s thriving festivals and the proposed tourist tax could invest further. Paisley in Renfrewshire and Dundee are also authorities worthy of note for their unflinching investment in culture. V&A Dundee is a triumph of place positioning and civic vision. Paisley and Sunderland’s spirited bids for UK City of Culture have both had a major legacy in increased investment and cultural capital.

As London celebrates its first borough of culture and some 10 to 12 towns and cities line up for city of culture bids in 2025, there is still hope that the examples of Liverpool, Leeds, Coventry and Hull will influence others to rethink the value of culture to their place.

Yes, some heartening glimmers from the beleaguered local authority sector. The article is urban focused; but it's worth noting that Cumbria County Council (governing a predominantly rural area) has this year reinstated funding for culture, having assigned nothing in the previous budget round. Deputy Leader Ian Stewart (who sadly died recently) had come to recognise that the substantial ACE investment in NPOs in the county could be at risk if the Council didn't show willing with some (relatively modest) match funding. But also the Council seems now to acknowledge and value the multiple benefits of cultural activity for the population in terms of wellbeing, health, community resilience and so on.