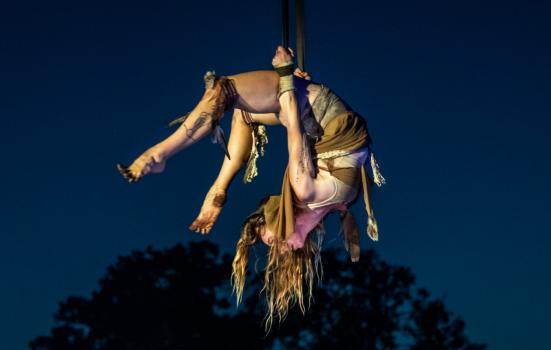 Derry Londonderry, Hull and now Coventry have had their cities transformed through bidding, planning and hosting the UK City of Culture title. While questions remain about the legacy in Hull, there is no doubt that the city has seen an economic renaissance and regeneration and is now on the map.

And thanks to a visionary council and a strong delivery team, Coventry 2021 has set a new standard despite the challenges of two Covid related false starts. Its legacy is already evident in the transformation of the city’s culture and heritage facilities and public realm.

The city has raised over £100 million for improvements to capital facilities, including Belgrade Theatre, Warwick Arts Centre, Fargo Village and the newly opened Daimler Powerhouse, a creative production centre. There are new hotels, a visitor information centre and an inspired programme of public art commissions. The dispersed programme, level of engagement with communities and the support for a new generation of diverse cultural leaders will leave a much stronger human legacy than previous years.

A chance for cities to reinvent themselves

The original idea for UK City of Culture came from Sir Phil Redmond who had seen the impact of the European Capital of Culture bidding journey for places like Liverpool and NewcastleGateshead. Although NewcastleGateshead didn’t win, it went on to reinvent itself as a cultural capital and visitor destination with the likes of Sage Gateshead, Baltic and Angel of the North and over 2,000 new hotel rooms.

Phil Redmond, who will again chair the 2025 selection panel, wanted more places to have the galvanizing experience of capturing the pride and potential of their cities. He has now seen the journeys of over 30 cities who have bid since launching the competition and has been resolute in ensuring the independence of the assessment panel, who ultimately recommend the winning city to the Secretary of State.

In the current competition he is faced with a different set of challenges in deciding who deserves the title. With the environment of a fragile union, the levelling up agenda and bids being stimulated by newly elected MPs, many of them Conservative, the potential for politics to creep in is real.

Despite advice from experts to start the process earlier, the DCMS 2025 competition was very late being launched with Brexit, elections, and then Covid the contributory factors.

There are only around 70 cities in the UK so it is understandable that the DCMS should open up the competition to groups of towns. However, there are over 1,000 towns in the UK and a different model needs to be designed to provide a level playing field and to respect the difference in scale, cultural capacity and infrastructure of smaller towns to host such events.

There are 20 cities, towns, counties and at least two whole regions bidding for the 2025 title. A supposedly ‘light touch’ Expression of Interest administered through an online portal gave cities less than 7 weeks to submit their bids. No images, no maps and limited room for creativity, one city likened it to sitting an exam before you’ve read the syllabus.

Coventry hosted a ‘useful but daunting’ study visit attended by 24 cities as local authorities scrambled to address questions which really need months, if not years of work to answer fully. The DCMS should be praised for planning ahead to 2029 and the reality is that many of those joining late for the 2025 race may be doing little more than a dress rehearsal for 2029.

Significant legacies from the bid process

The reality is that four of the bidding ‘cities’ - Southampton, Medway, Lancashire and Bradford - have had teams in place working hard for two to three years. Others have been working on it for just two to three weeks!

As it stands, the Expressions of Interest will be trimmed down to a ‘longlist’ with just six being invited to do full bids. The competition has unleashed great excitement, local pride and in some cases a new political interest in culture. However, if only six are selected the benefits of developing full bids will be lost to the majority.

The value of UK City of Culture is the very journey that inspired Phil Redmond. The visioning, the capacity building, the engagement of the population, the media support and the new partners for funding the arts. Places like Stoke and Paisley went on to deliver significant legacies from the bid process.

Sunderland, in particular, created the momentum for a new arts trust, enhanced Arts Council funding and a new arts centre at the heart of an £18 million cultural quarter. Paisley hosted a range of major events and raised funds for its museum. In the past, Norwich went on to be UNESCO City of Literature and Durham to create the Lumiere festival.

My advice to the DCMS is simple: longlist more cities in 2025 to benefit from the journey. Redesign the process for 2029 to reward more places with planned investment for the winner and support for runners up to embed culture in local planning. This happened in the 2003 EU Capital of Culture, in the London Borough of Culture and in Italy where the government gave 1 million Euros to the five runners up to Matera’s year as EU capital.

The model of Creative Places developed in Scotland 10 years ago rewarded places as small as Huntly in Aberdeenshire as well as larger towns like Falkirk and St Andrews. Perhaps 2029 could invest in a Creative Place in each of the 4 nations with an overall winner taking the UK City of Culture title. Despite saying there are no guaranteed funds for the winner in 2025 and 2029, the DCMS invested more than £15 million in both Hull and Coventry’s capital programmes and legacy.

And while the full list of bidding cities* has been announced, the advisory panel which will  largely be recruited through public appointment, is still unknown. With longlisting decisions due in early September, it is  not clear whether that independent panel will be involved in this crucial stage of assessing the work put in by aspirational cities.

Sir Phil Redmond, now Chair of the City of Culture Expert Advisory Panel, said: “From Derry-Londonderry to Hull and Coventry, it has been a difficult and rewarding challenge to select the next UK City of Culture, and the list of potential candidates for 2025 indicates that life in the immediate future is going to be even more challenging!”