Andrew Dixon celebrates the huge success of the UK City of Culture programme with Derry in 2013 and Hull  in 2017, but feels that it must now seek to build on this positive momentum to the benefit of other regional cities. 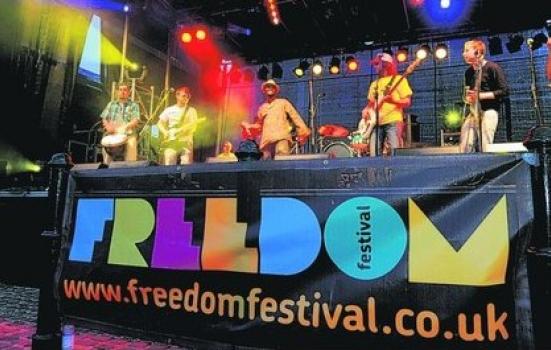 The idea for the UK City of Culture programme came from Phil Redmond (TV writer and producer), after the impact of Liverpool 2008 as European Capital of Culture. It had been 18 years since Glasgow and would be another 15 years before the UK had its turn again. Phil Redmond wanted to give other UK cities the chance of hosting a national year of culture with the consequent economic and social benefits, and profile that comes from bidding. The result was Derry-Londonderry in 2013, which won against Birmingham, Sheffield and Norwich. Despite its challenges, Derry 2013 was a huge success and allowed the world to look at the city for the right reasons: its people, welcome, heritage, creativity and commitment to peace triumphed.

UK City of Culture is supported by partners ranging from the BBC, the British Council and the UK arts councils, as well as Tate and other national cultural partners. To hold the Turner Prize in an ex-army barracks was a testament to the power of culture in transforming places. Dundee, Hull, Leicester, Swansea and others rose to the challenge of the second competition and demonstrated to the DCMS that it had a long-running hit show on its hands. However, the reality is that the DCMS puts no major cash into the winning city and does not even have a budget for the judges to visit the bidding cities. It is now consulting on whether to get a sponsor for the competition and whether to postpone or change the dates to avoid confusion with the EU Capital of Culture. But why cancel a show that has had such good reviews?

The issue is that the EU Capital of Culture comes to the UK and Hungary in 2023, and bids and preparation need to start now. The next UK City of Culture would normally invite nominations in early 2017 for 2021. There is a dilemma over the timetable and how to maximise the media profile that has been such a characteristic of previous bids. Hull has had over £16m worth of media coverage to date and will benefit further from the focus which the next competition brings while it hosts Hull2017.

The European process is much more onerous and the number of cities bidding for 2023 is unlikely to be as high given the cost, complexity and budget pressures facing local authorities. The choices are not about timing but about scale and fit for the ambition of the city. Cities are already looking at where they have the best chance of success.

In my view it is essential to build on the positive momentum of Derry and Hull. The UK City of Culture has become as important but more accessible than the EU Capital of Culture. The introduction of UK City of Culture has created opportunities for real transformation and a number of candidates have already declared interest in 2021. The process of preparing bids, which will need to be started soon in contending cities, is a valuable part of the journey. Previous bidders have gone on to do other things, Norwich as UNESCO City of Literature, Durham with its Lumiere festivals and Dundee with the V&A Museum of Design.

A further issue for the DCMS consultation seems to be asking the national agencies whether they can afford to support what would be three winning cities in five years. Given that the UK has hosted the Olympics, Paralympics, the Cultural Olympiad, Le Grand Départ, Derry 2013 and World War 1 centenary events within a three-year period, this seems to be a red herring. It should be possible to plan to support these three national events over what would be an eight-year period from 2018 to 2025. One of the spin-off successes for these national events has been delivering new collaborative working and addressing some of the regional imbalances in investment.

Given the UK’s track record and expertise from hosting a decade of world-class events, it would be refreshing if we had a government willing to take a leadership role and plan for the next ten years of national celebrations. Given the scale of annual Lottery income at over £1.75bn, the £10m to £15m Lottery input for a UK Year of Culture or EU Capital of Culture is relatively small and will unlock huge returns. Hull2017 has already attracted 22 local sponsors and built new relationships with the BBC, trusts and foundations and other agencies in health and education. Postponing UK City of Culture in 2021 would lose the momentum, take away from Hull’s year and leave other cities waiting almost a decade for the opportunities this presents. In the context of the recent rebalancing debate, the government would be throwing away a golden opportunity to shine a light on creativity outside the capital.

There would, however, be advantages in starting the bidding for UK City of Culture in 2016. This would allow more time for cities to build partnerships and offer a longer planning period for delivery. Hull has worked well to maintain momentum from winning in November 2013 but an extra year or six months would have allowed more time for investment in infrastructure. The media overlap could be managed so that both competitions work to a planned timetable. A clear gap between decisions on UK (say summer 2017) and submission of EU bids in late 2017 would allow for this. The DCMS consultation notes the timing of local elections but this seems less relevant than the issue of a potential EU membership referendum. There is a danger that cities could undertake work on EU bids and find that the UK is no longer a member state.

The DCMS asks how the competition should be funded. While there may be some benefits of cities buying into a process with a modest entry fee, the DCMS needs to recognise that the cities are investing significantly in this process already. While this investment will reap rewards regardless of the result, it would be unfortunate to ‘tax’ the ambition of cities or discourage others from bidding. A national sponsor could be found but may undermine the ability of a winning city to develop its own sponsorship partners. Other international tenders to host WOMEX or the IFFACA World Summit on Arts and Culture have an agreed entry payment to the international organisers to be host and to resource the attendance of decision panels and so on. This could be a better system, but really the government ought to budget for the relatively minor costs of running the competition.

Perhaps the real issue is that the DCMS has neither the capacity nor the expertise to manage the process in-house. It could be outsourced so long as this is seen to be objective and allow the views of the independent advisory panel to have the final say on selection. An independent body could support the winning city and play a light-touch monitoring role in ensuring that the essence of the winning bid is delivered and shared with others.