From a small festival born of community need, to an international agency for Chinese contemporary art, Zoe Dunbar tells the story of CFCCA. 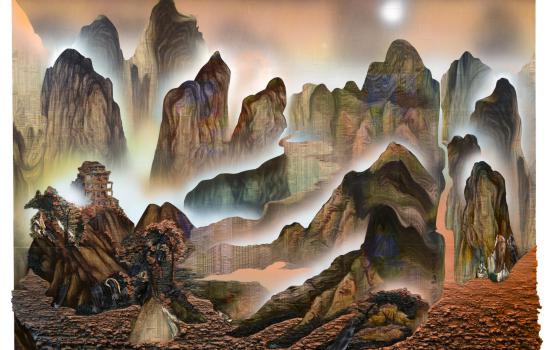 Thirty years ago, the Chinese population in Manchester was growing at a rapid pace and the city soon became home to the first UK-based Chinese housing association and specialised health and information centre. At this time artist Amy Lai saw an opportunity to use art and culture to bridge the gap between the Chinese and English communities and thus promote a positive understanding of Chinese society and identity. She formed China View ’86, the first festival of Chinese culture in the UK, and from this the ethos of CFCCA was born.

One year later the Chinese Arts Centre was founded as a registered charity and opened its doors in a converted office space on Charlotte Street in Manchester’s Chinatown. It provided the only dedicated platform for British Chinese artists to show and develop their work. The centre’s first large-scale contemporary art exhibition was ‘Beyond the Chinese Takeaway’ in 1992, which represented the experiences of second and third generation British Chinese artists.

In 1996 Director Sarah Champion led the centre’s relocation to Edge Street in the Northern Quarter, consolidating the centre’s desire to encourage a wider audience to engage with Chinese contemporary art and culture and cementing our position as a contemporary art gallery. The new building has improved gallery spaces and facilities to offer a greater visitor experience.

In 2003 an Arts Council Lottery grant secured another venue change to our current RIBA award-winning building on Thomas Street. The new purpose-built facilities include a gallery, artist-in-residence studio, library and resource space, education and events suite and teashop (now Gallery 2).

The Chinese Arts Centre continued to extend its work to a national level, acting as an agency for Chinese arts in Britain and inviting collaborations with other organisations. Gradually we built up a network of Chinese artists from across the country, enhancing the visibility of the Chinese artistic community. The newly built residency studio allowed us to offer support for artists who could explore their artistic practice through living and working in the building.

When former curator Sally Lai took on the role of Director in 2008, she refocused our aims to respond to a changing global dynamic, opening up opportunities internationally with organisations and artists across East Asia, to become an international agency for Chinese contemporary art.

In 2013 the Chinese Arts Centre rebranded as the Centre for Chinese Contemporary Art (or CFCCA). The rebrand affirmed our position as a future-facing organisation responding to China’s growing cultural and economic influence. Overseen by interim Director Sarah Fisher, 2013 also saw the formation of a partnership with the University of Salford to develop a collection of Chinese contemporary art. This partnership signposted our broader research objectives that we have developed through an online Chinese Contemporary Research Network.

Thirty years – and three venues, three name changes and six directors – later, we are in an excellent position to connect with China through art. Earlier this month we celebrated this anniversary with the launch of an ambitious exhibition programme bringing together the best parts of its history, including the artists and people who have contributed to its legacy. As the world increases its focus and interest in China, our position to support UK audiences to explore and better understand Chinese contemporary art and culture becomes more and more important. As artist Xu Bing, one of the artists featured in the exhibition, states: “The significance of a work does not lie in its resemblance to art, but in its ability to present a new way of looking at things.” We look forward to another 30 years of CFCCA pushing the boundaries and deepening the understanding of Chinese contemporary art and culture.