In the competitive world of apps, how can a cultural tour app stand out? Researchers at King’s College London and the University of Melbourne identify five key features. 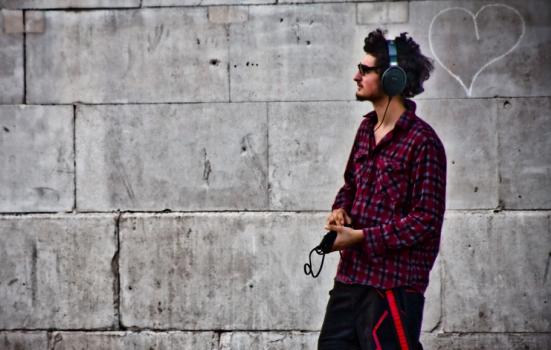 As of last year, over four-fifths of the UK population own a smartphone and collectively we look at them over a billion times a day. This represents a real opportunity for arts organisations: if they can direct even a small proportion of that attention towards their work, they can increase engagement and reach to UK audiences, as well as further afield.

To make a tour worthy of someone’s time, it’s important to have content that is as unique, interesting and inspirational as it can be

One logical direction in which many arts organisations have travelled is to develop some sort of tour guiding app, making various use of the GPS, audio, video and connectivity capabilities of our smartphones. These apps are either used within arts sites, such as the Tate app and the MoMA iPhone app, or to encourage audiences to engage with the wider landscape of which they are a part, such as the Streetmuseum app by the Museum of London or the City of Sydney’s app Sydney Culture Walks.

However, because the vast majority of users have fewer than 20 applications downloaded on their phones at any one time, for audiences to download, use and retain an app, it needs to be brilliant.

We at King’s College London and the University of Melbourne have been researching exactly what brilliant looks like. We concentrated on those apps that provided outdoor tours of cultural and historic sites in London to get a good cross-section of the types of things available.

Then we focused on the widely acclaimed Soho Stories app, developed by the National Trust, and interviewed individuals who had recently taken the tour. The app contains audio stories presented by celebrities that cleverly fade in and out of each other, triggered by your location as you wander the streets of Soho.

We paid particular attention to the scope, strengths and weaknesses of the app to inform the development of our own. So, what should apps hoping to find an audience in this competitive market aim to do? We identified the following five points.

1. Be responsive to the user

One of the real strong points of a digital guide over a tour guide is that it is reaching just one audience member at a time. This should be exploited. Soho Stories, for example, uses the GPS on a person’s phone to work out where they are walking and build the tour around their location (rather than making them follow a pre-determined path).

Other apps ask a person what they are interested in (art, music, social history) and shape the upcoming content around this. Giving users the ability to pause, move on, or take a break to talk to friends, were all seen as plus-points by our interviewees. If there are ways of feeding this information back in to allow further personalisation, so much the better.

Everyone can do a Google search for Soho, or ‘interesting stories Soho’, but not everyone can easily find an audio recording of Janet Street Porter or George Melly talking about their Soho days.

To make a tour worthy of someone’s time, it’s important to have content that is as unique, interesting and inspirational as it can be. In the case of Soho stories, use of interviews with famous locals, live recordings from music venues in the area, and the ‘inside track’ on what went on behind closed doors were all features that received positive feedback from interviewees.

Our survey of tour guiding apps suggested that many had been developed and then left untended. This meant that many were quite buggy and didn’t necessarily work with newer operating systems or across all platforms.

We recognise that arts organisations are often developing apps with specific funding, but where at all possible, putting aside some of this funding for future updates would be sensible, or recognising that further funding will be needed to keep the app usable (and relevant).

The Soho Stories app frustratingly only works in full on iPhone, restricting audience numbers, and meaning that wonderful word-of-mouth promotion will often meet a dead end with people who have an Android or Windows phone and can’t use the app.

4. Give listeners good reason to be there

In previous research, we’ve found that one advantage of a human guide over a digital guide is that they are better at linking their talk to the physical space, pointing out tiny details or getting people to engage with key features.

One stop on the Soho Stories app takes listeners to the house with the sign ‘This is not a brothel. There are no prostitutes at this address.’ Even social history tours may want to link their stories to specific features of the environment, using them to draw the audience in. We observed that people using an app tour become sensitised to other sources of information, noticing and reading plaques that they had not noticed before.

A guided tour with headphones on may not scream ‘social activity’, but this is a tour taking place on a phone with heavy social media and sharing functions. Interviewees suggested that an ability to use this capability would increase their enjoyment and allow them to spread the word. It would also enhance the individual experience, allowing them to create their own souvenir.

Maybe their contributions could also shape the tour for future participants. How to do this and to what degree might be something that a particular arts organisation would want to consider, but there are plenty of options to be explored and possibly exploited.

We have already made use of the findings of this research to develop an app PastPort, focused on Port Melbourne, an inner-city area with multiple layered histories. It allows users to share stories, photographs and videos from the past, answer specific questions and create and share walking tours.

We have tried to make use of the findings above by encouraging sharing, providing behind-the-scenes stories about the area, and by making the tour as tailorable as we could.