Do we still need a British South Asian theatre company? That is a question Pravesh Kumar is often asked. His answer is always yes. 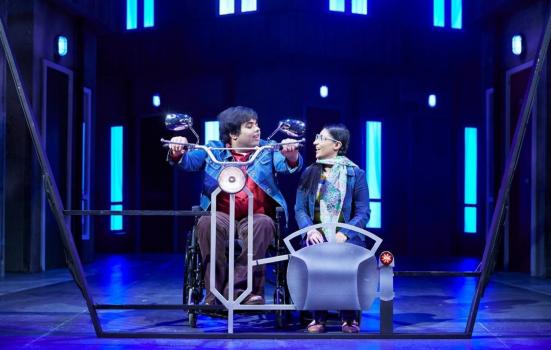 When I started Rifco Theatre Company 21 years ago, there was little authentic British Asian theatre. It was, and often still is, considered exotica for the white middle classes. While the way representation on our stages has progressed over the years, we haven’t reached anywhere near equality yet. Theatre remains a mostly white- and middle class-led industry, where voices like mine are rare.

This was echoed in the findings of our recent poll on stage and screen representation, conducted to mark our 21st anniversary. Despite an increase in representation, 77% of British South Asian actors, writers and producers felt that too little had changed over the past two decades to evolve with the times and accurately reflect modern day experiences on stage and screen.

Only 20% thought there had been progress in portraying familiar characters they could relate to. Recurring plots, tired clichés and stereotypes remained one of the biggest challenges to overcome.

This underlines how important it is to continually strive to accurately reflect society. As one of the UK’s most successful and longest-standing British South Asian touring companies, Rifco Theatre Company has played a major role in this journey. We will continue to provide opportunities to draw underrepresented artists and audiences together to create and enjoy relevant and accessible stories.

Our poll revealed a demand for more storylines that accurately reflect contemporary experiences of British South Asians - with issues around dating, mental health and mixed-race families at the top of the agenda.

In response, we launched 21 artists for 21 years, encouraging a new wave of British South Asian artists to boldly tackle these themes in plays, spoken word pieces, films, photography or textile design. In March, we heard eight of these talented British Asian writers perform their creative writing at The Bush theatre, exploring themes of mental health, identity and belonging.

Our latest commission, Eid: Past & Present, is an audio and visual exhibition at Oldham Library and Lifelong Learning Centre, curated by Hafsah Aneela Bashir. And our next stage production, Glitterball by Yasmin Wilde - an exploration of mixed heritage identity - will open at Watford Palace Theatre in September.

We have also commissioned GenerAsians - nine films to commemorate 50 years since Idi Amin expelled Ugandan Asians in 1972, which will be released later this year. These are all incredibly important stories that matter deeply to our communities.

When I founded Rifco Theatre Company, my vision was simple: if no one else is willing to represent the stories and experiences of the British South Asian community, I will. That hasn’t changed.

I come from a working-class background and grew up in Slough, a town made up of many immigrant communities. My stories come from there. I’m inspired to tell untold stories which tackle social, cultural and taboo issues in the South Asian community, but in a genre that appeals and is accessible to our audiences. This is what I have done for nearly 21 years.

Our community rarely wants to talk openly about serious matters. I realised the way to talk to them was through making the conversation accessible. That is why I often do comedies and musicals - they entice audiences to come and take part in difficult conversations.

Britain’s Got Bhangra, one of our biggest hits was a musical that dealt with racism and theft of music in the British music industry. The Deranged Marriage was about honour, amongst the hilarious mayhem of an Indian wedding. Our LGBTQ play Miss Meena and The Masala Queens attracted a British South Asian family audience, who came out in force.

Tackling important questions of how we got here

I don’t make work that sits in the big institutional theatres, where the power and recognition lies, I make theatre in the regions, for audiences who come in their thousands. Over the past two decades, I have been able to introduce a whole new audience to the wonders of the stage, people who felt it wasn’t a place for them.

Without this dedicated British South Asian Theatre Company, these audiences probably would never have discovered theatre. And many of these people are now crossing into other theatre genres, exploring the full range of shows and even becoming seasoned theatre goers, which was inconceivable in the past.

On the flip side, being an artist of colour making work for an underserved and invisible audience, you can become invisible to your peers and to the sector. Maybe I should have made a few hard-hitting plays for the sector instead, but our audiences and our untold stories are more important to me. I want to continue to make ambitious theatre asking important questions about why we are in this country, how we got here, and what we have achieved as a community.

It was wonderful to be recognised on the Queen’s Honours List this year after being under the radar for so long. I hope I have cut down some of the long grass and cleared pathways for others to walk along and continue making new and innovate work. I also hope there will always be space for experimental theatre, political theatre and entertainment theatre.

At a time when we all need to improve our understanding of one other, it’s vital that we continue the conversation. I want to make theatre that is representative of working-class, diverse Britain, but this will only happen if the leadership shifts with more representative people in top-level arts jobs. Only then will change happen. We don’t want to talk about it anymore, we want to make it happen.

The above article is full of good intentions and so it is best to ignore some of the critical assumptions which need to be challenged, The main issues which warrant discussion are: a) What is the target market for British Asian theatre? b) How can it be accessed, c) How should the creative content be generated to attract British Asian patrons and d) What is the role and value of non-Asian audiences, mainly 'white, British middle class'? I seriously challenge the notion that "77% of British South Asian actors, writers and producers felt that too little had changed over the past two decades to reflect modern day experiences ". It would depend a lot on the context of your survey, its respondents and their profiles and how 'change' has been defined. Secondly, do producers 'look for change' or do they initiate change? Although Rifco may or may not see itself in competition with Tara Arts, their audience profiles would show an overlap. The challenge is to assess how big is the overlap and how has Tara Arts addressed the same questions about audience development? What does Rifco really mean when they say that nothing has changed in 21 years? Does Pravesh Kumar really mean this? Alternatively, please elaborate what has not changed and why not? I have run a creative arts production company which focuses on the celebration of the creative arts of some of the same communities that Rifco has been targeting but our audience numbers have grown. The white middle class audience should not be written off; its members are often important 'bridges' for audience development. We have worked collaboratively with 'white' teachers and academics, a key link to audiences via their children who have brought their parents to our events. It was a part of the design to encourage Asian and black parents to come to the events 'tagged along' by their children. So it was the children which helped to convert their parents into our audiences. Although Rifco and Tara Arts would probably contend that they are different with regard to their aims and objectives, I would suggest that both of these organisations have had to undertake a common journey. Thankfully, both have survived and even expanded owing to the singular importance of their founders, namely Pravesh Kumar and Jatinder Verma, respectively. Although I have challenged some aspects of Pravesh Kumar's contribution, I congratulate him and his colleagues in creating new milestones both in terms of debate and actual contribution to the creative cultural marketplace. I have been very close to Asian Arts Access since 1996 but have also chosen not to become a regularly funded organisation of the arts funders, for various reasons,.. Having said that, we have received phenomenal amount of support from the Arts Council and the regional arts boards because we saw and interpreted the Asian arts market as a cross-cultural market which has been shared with the other communities. We created the baseline of our productions to appeal to all sections of the market. I have to end with this; the so called 'white middle class' was neither a constraint nor a determinant of our artistic policies; we were. However, they have been an extremely important combination of beneficiaries and very proactive partners.