The pivot to digital: catching up and moving forward 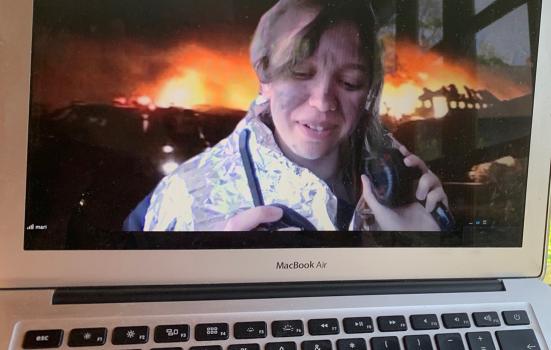 War of the Worlds Zoom theatre

Technology is one of those terms that is always used to describe the latest new thing we have to fathom out. We only refer to something as ‘technology’ if it has come into existence during our lifetime. For example, we don’t refer to electricity or switching the light on as technology.

The same is true about the word Digital. We talk as if it’s something new, whereas we have had digital sound for over 40 years, starting with CD’s and Minidiscs. Theatres have had digital lighting and control desks since the mid 80’s. So it’s not new.

What has been new in the last decade is live to digital capture, broadcast and live-streaming. Over the past few months this has proved an invaluable way for organisations that had built up an archive of their work in this way to make connections with audiences. It’s an approach that has had many detractors over the years, and still does, but it is certainly here to stay.

The ability for artists to harness the potential of emerging technologies has always been part of our practice. New technologies have long been part of theatremakers’ toolkit and the distribution of live performances and events is nothing new. It started in 1881 with the invention of the Theâtrophone - where it was possible to listen to live concerts from several theatres, opera houses across Europe. By 1907 over a dozen London theatres were broadcasting their work live… until, in the 1920’s, Radio killed the Theâtrophone stars.

Fast forward to 2020 and we know the curiosity of theatre makers for the potential of live to digital capture has been there for some while. But progress has been very slow in taking up these new challenges until now, when the pivot to digital technology has progressed from being a gentle slide to a sudden drop.

I have been working in this space for over 10 years. As AD of Pilot Theatre I developed the Shift Happens programme and produced live to digital interactive versions of many projects including ‘The York Mysteries’ for the BBC and the Space in 2012. This led to new steadicam livestream of Blood and Chocolate in 2013, through to more recent work as an Associate Artist at Theatre Royal Stratford East where we took livestreams to Adult social care homes, Health Trusts and Hospices. The cinema version of Graeae’s Reasons to be Cheerful we produced for The Space is now live to view for two months.

What is becoming clear is that organisations will need to find better ways to capture and archive their work in a way that they haven’t done so before. The ability to be able to share a piece of work with audiences who are unable to attend your performance has always been a really potent motivator. The current pandemic has brought this into focus. There will always be audiences and communities who are unable to attend, so if we can do this now, we need to continue it into the future.

There are always issues around the artist payments and it's vitally important that producers supply details at the point of contract with artists as we head into this new landscape. There are a number of ways this can be resolved in contracts, and I have worked several into my work over the years that make this equitable and fair. These can include a ‘number of future screenings’ payment, or a waived clause for a not-for-profit screening where no tickets are sold, or for use in health and social care settings. Arts organisations now recognise the potential future usage of a piece of work as part of a donation and giving campaign – though I do, think the Old Vic charging up to £65 for a livestream ticket to see ‘Lungs’ is not the future path to take.

Live-streaming and live to digital broadcast is just one aspect of this new future landscape though. It is scratching the surface of how organisations could be using some of the emerging technology out there.

During this lockdown period I have been exploring and creating with artists across Europe. With students and actors across the whole of Norway we created a Zoom theatre version of War of the Worlds. Here we rehearsed with the actors on Zoom, we ran warm-up exercises and games, created characters, worked with costume and designers to fill the backgrounds and we were able to capture the sequence of texts between the actors to make the show.

Other projects have included Covid 19 threads, using tweets from the pandemic which we then voice with actors and create a short form video with original art work and sound that we put back on social media.

This was with Mutiny, a new organisation through which we are developing projects and exploring ways to tell stories with new technologies. Another piece of theatre tech we are making is Locus Solus (The Solitary Place) on Roblox.com, a gaming platform. We are currently developing this and have built a theatrical landscape, a piece of performance that has design, original music as well as live performances from actors. We are currently inviting testers to the world to experience the live aspect of this R&D project.

These things are new, and in some ways are a bit like the Theâtrophone. They will evolve. But the important thing is that we keep creating - with our colleagues, communities and audiences, learning from each other as we go.

Theatre will survive. The act of storytelling and sharing stories with audiences has been around for millennia. What will change will be the places these stories are shared. Some of these will be online and digitally mediated, maybe as podcasts, audio dramas with pictures, some as handwritten texts with spoken audio, some as outdoor augmented reality walks and journeys, and some will be screen mediated narratives. Some will take place in buildings, of course, but it will take some time before we are all comfortable to return.

They key thing is that it is not about putting the technology first, but the communities in which we make our work. It is about a shared endeavour to create and build the future we need to make. Together. To do this we will need to adapt our thinking, our creativity and ingenuity to work with audiences to work with our communities to find those areas in which we can exchange stories and make better and longer lasting connections. Digital Technology now has a pivotal place at that Zoom table.

Marcus Romer is a freelance director and theatremaker. He delivers training and mentoring to artists and arts organisations, and is a founding artist of Mutiny.org.uk with Simon Poulter and Sophie Mellor
Contact marcusromeruk@gmail.com

The pivot to digital: catching up and moving forward
Live to digital
Whose data is it anyway?
Game-changers