When Pilot Theatre first livestreamed a theatre production eight years ago, it did not foresee this leading to a significant new income stream, says Marcus Romer. 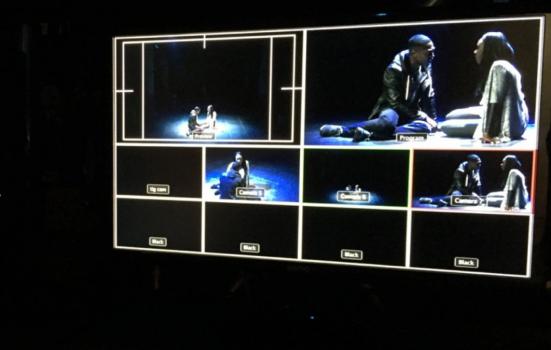 I first livestreamed a theatre production for Pilot Theatre back in 2008. This was just after the first Shift Happens conference where we discovered and explored the technology available. We used a single camera and a mic plugged into the side. We hit audiences watching in Seattle, Florida and Adelaide, as well as London and York.

Realising that the genie was well and truly out of the bottle, we pursued and developed this idea, and for our next Shift Happens conference in York we invited Julie Borchard-Young to tell us about the pioneering work her company BY Experience was delivering for the New York Metropolitan Opera and its nascent cinema streams. This led to the whole NT Live project being created.

Currently, we deliver up to 20 meetings a year and have a two-year contract for services

It was from this thinking and these areas of work that we developed our understanding and delivery of ‘Live to digital’ projects, leading to the six camera-interactive livestreams of the York Minster Mystery Plays for the Space and the BBC. This led to a key relationship with City of York Council which asked us to deliver livestreaming for its full council and executive meetings as part of its open democracy and innovation programme. The council got to work with one of its clients, and we were able to develop and train new camera operators, build up our equipment and extend our technical expertise.

Currently, we deliver up to 20 meetings a year and have a two-year contract for services. This amounted to an investment of over £50,000 that enabled us to develop our livestreaming team and cover all our costs, as well as providing an additional income stream.

As a result of this relationship, the City of York became partners in the No Boundaries conference in 2014, and the work we co-created with our livestreaming programme formed part of our successful bid to become the first UK Creative City of Media Arts as part of the UNESCO Creative Cities network.

We have continued to develop the access capabilities with the No Boundaries conference, where live captioning and subtitling is incorporated into the live feed, both in the venue and on the online stream. This for me is key, and many organisations could usefully think creatively about how they engage and reach their audiences and client groups as the technology now enables this more easily.

Pilot has continued to run the TheatreLivestream TV project for companies and organisations, which have included Cardboard Citizens, Black Theatre Live and Cast. We will be delivering the livestream for ‘The Passion’ by Streetwise Opera and HOME this Easter in Manchester.

Marcus Romer will be the Artistic Director of Pilot Theatre until the end of March and is also Creative Director of Artsbeacon.UK.
pilot-theatre.net
artsbeacon.uk

Live to digital
Whose data is it anyway?
Game-changers