Jon Adams explains how a Portsmouth-based project aims to become a national hub of excellence led by and for neurodivergent artists. 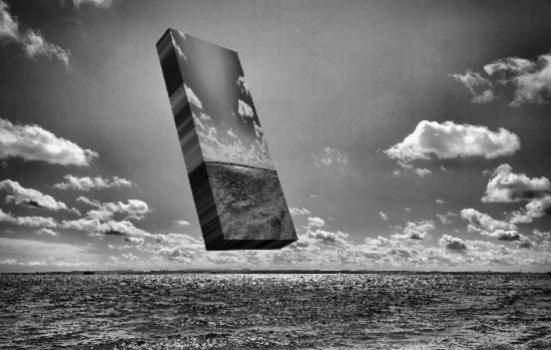 In early 2015 I set up Flow Observatorium, a national project initially granted funding from Arts Council England and now a Charitable Incorporated Organisation. The aim was to become a hub for neurodivergent artists, providing peer support and campaigning for recognition, parity of opportunity and funding. We wanted to become a go-to organisation, with expertise tailored from lived experience.

I said I would be an artist at the age of six, but I never went to art college. Back in the 1960s when I was in primary school, no one spoke about neurodiversity or difference, autism or dyslexia - at least not in my school. I managed by becoming the class artist, a position I obtained without academic gifts, although I wasn’t as stupid as my teacher made out each day. The headmaster once asked for a picture I had drawn, but I couldn’t remember the sequence of letters to write my name on it. It was held in front of the class, torn up and binned, leaving me completely humiliated. This wasn’t the first or last barrier to becoming an artist I faced, but it was one that traumatised me the most.

In the same way that biodiversity encompasses all life and its evolved differences, neurodiversity covers the range of different minds within the human race. Neurodiversity and biodiversity exist for the same reason – survival. Traditionally, difference has often been rejected and relegated to the margins of society. This seems certainly the case with innate differences – for example autism, ADHD, dyslexia, dyspraxia, synaesthesia and schizophrenia – but also acquired neurodivergence like PTSD. For me, being autistic is not a deficit but simply a different way of thinking and experiencing the world. If you see a tree as broken because it didn’t evolve into a cat, you’ll never see the beauty in either. Being autistic confirms my humanity, but I’m frequently broken by the way society silences and misunderstands me.

As an artist, I’m not separate from society. In the conversations we have had with other artists, it seems the biggest barrier to engaging with the arts, whether as a creative or an audience member, is mental health. Many autistic creatives suffer from poor mental health due to the way society treats them. This is something Flow hopes to illuminate and change with the help of universities researching autism and mental health. I’ve lived with the memory of that picture from school for 50 years now, and it still hurts. But I hope Flow Observatorium can help create acceptance, respect and a culture change in attitudes towards neurodivergent people, so these barriers to the richness we contribute can be eliminated.

After graduating in 1982 as a geologist, I cornered a niche market in geological illustration, only transforming my practice into contemporary arts 13 years later. I was making work not despite my difference but because of it, and yet I never found it accessible – it always seemed like my work was on other people’s terms. I was drawn to find other creatives with similar difficulties navigating the traditional art world because there didn’t seem to be any role models, organisations or pathways for us. I knew there were people in similar positions without appropriate support, so I set up Flow to press for acceptance and adjustment on our terms. At Flow's core is ensuring that the next generation of neurodivergent creatives do not suffer from misunderstanding and can write their own narratives within their own cultures.

Flow's first priority was listening and talking to other neurodivergent artists and creating a manifesto from these conversations, which was first published in late 2016. This was to serve as a statement of intent and bring authentic neurodivergent voices into the arts. It’s since been adopted by artists and organisations around the world – it is used in Australia, Asia, America and Europe.

Neurodivergent cultures, I feel, need space and respect to evolve, experiment and grow. It’s not that we wish to silo ourselves, but historically, outsiders have hijacked narratives and spoken for us. I feel we’re at a tipping point where there is a danger that arts organisations leap on the neurodiversity bandwagon without involving neurodivergent people. Recently, Flow worked alongside Filskit Theatre to support a project assembled specifically by specifically neurodivergent creatives. At least 25% of the responses to the call out were non-neurodivergent people who said they knew someone neurodivergent, so they qualified.

As an autistic person, I’ve often been hurt by people’s good intentions and imposition of what they believe they would want if they were in my position. This is a fundamental problem we need to change: a non-neurodivergent person cannot see the world as a neurodivergent person does. If you want to see work that’s different, commission someone who sees and experiences the world differently – and work differently, on their terms rather than yours.

Jon Adams is the Founder of Flow Observatorium.