Academy Music Group (AMG) venues are taking a 25% cut from merchandise sales at live events, according to an investigation by The Guardian.

An undisclosed amount then goes to Universal Music Group (UMG), owners of the world’s three largest record labels, even if the artist in question is not signed to UMG.

In March, post-punk band Dry Cleaning hosted a pop-up merch store away from their gig at London’s O2 Forum, owned by AMG, to retain their profits.

“We probably sold the same number of units, but as we were able to retain 25% it worked out better for us financially,” Band Manager Helena Watmuff said.

Over 380 venues nationwide are included in the Featured Artists Coalition's (FAC) 100% Venues directory, a public database of venues that charge zero commission on artists' merchandise sales.

Queen art to be 'minted' for jubilee

Artistic portrayals of the Queen will be "minted" as NFTs following an exhibition on London's South Bank.

Ad Lib Gallery are seeking digital depictions of the monarch to display at The OXO Gallery and along platforms at Victoria Station for 'Art Save the Queen'.

Chosen works will be showcased on NFT marketplace OpenSea.

Submissions to the "unique creative challenge" should be made to adlib.online by May 2 and be no larger than 2 meg each.

"We need to reassess the balance of return on investment and social return," Moss told attendees at a Westminster Media Forum on Friday (April 8).

Campaigns to prevent counterfeit and illegal downloads are planned.

Moss added: "It's a massive challenge but we really do need to change attitudes around IP."

Two owners of a London flute shop have been banned from trading for the rest of the decade.

An Insolvency Service investigation found proceeds worth more than £33,000 were not passed onto the owners.

Top Wind entered into liquidation in March 2020 after its accountant was jailed for malpractice.

The Insolveny Service's ruling determined Onn and Thomson cannot become involved with the promotion, formation or management of a company for nine years.

What the Romans did for us…

The industry body says 124 venues would save more than £4,000 each a year if they were offered the same discounts as pubs and bars.

New research finds only 4% of bookings that included wheelchair access needs were made online, compared to 60% of all transactions.

Venues need a better understanding of customer spending habits for purchases like pre-show meals and interval drinks. James McClure explains how a ticketing solution is providing a comprehensive view.

How Bristol Culture turned its retail operation around

Three years ago Bristol’s museum and gallery shops were running without a plan and losing money, but now they are on track to increase revenue by 60%. Zak Mensah tells the story. 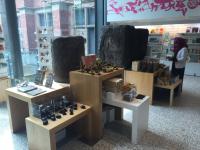 Gallery and theatre shops can learn a lot from high-street retailers. Corin Birchall shares his tips.

Since opening its museum shop two years ago, the Sir John Soane Museum has seen it go from strength to strength, developing a valuable new income stream. Xanthe Arvanitakis explains how.

Funding to encourage retailing for profit

Ten years ago Belgrade Theatre Coventry had to find new sources of income. Joanna Reid tells how its production services subsidiary is now contributing £400,000 a year.

The magnitude of marketing 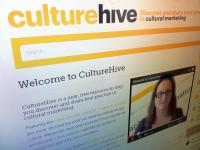 How much has the arts marketing role changed in the last twenty years? Strikingly, says Sarah Chambers, who examines what is now required to market culture.

A land of adventure and discovery

David Alston recognises that Wales’ physical attractions pull in most tourists but believes that exciting and innovative cultural work is well worth discovering too.

The art of merchandising

Beckie Smith tells how a charity shop is contributing to funding Tewkesbury’s theatre, The Roses.