Venues need a better understanding of customer spending habits for purchases like pre-show meals and interval drinks. James McClure explains how a ticketing solution is providing a comprehensive view. 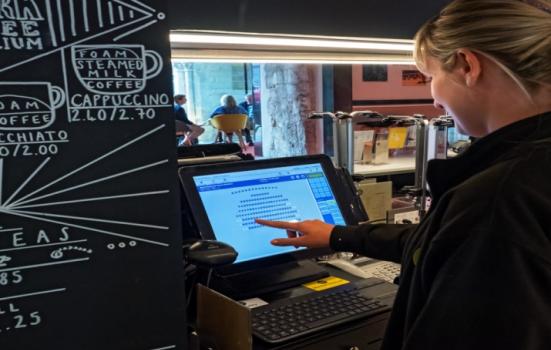 Whether attending the theatre or a concert, every patron knows that tickets are just the first expense. Upon arrival, a typical patron may wander over to the merchandise shop or have a drink at the café. The interval may mean a trip to the bar or a quick snack from the front-of-house staff.

Before the night is over the ticket purchase has become just one of the many customer purchases at the venue, and yet many venues are hopeless at understanding how their customers act within their own buildings.

York Theatre Royal knew it needed a ticketing system that collected everything within the organisation – from tickets, donations, memberships and youth theatre fees, to the bars and café.

Rachel Naylor, its Sales and Audience Development Manager, said: “From chatting with people in the industry, it was apparent that there was a desire for a 360-degree view of the customer. When I heard about the functionality of SRO and SeatGeek, I knew we needed that technology in the building after our refurbishment in 2015/16.”

And so in 2016 the theatre moved over to SRO, SeatGeek’s powerful primary ticketing solution that gave Rachel exactly what she was looking for, a 360-degree view of the spending habits of each of her attenders.

Rachel said: “Our members, on producing their barcoded membership card at the box office, café and bars, can access the discounts relevant to their particular membership scheme, including tickets, food and drink. We can easily see which benefits are used within each scheme to allow us to adapt our membership schemes to ensure they are attractive to our patrons.”

Now her team is able to sell tickets, take donations, and allow people to join the membership scheme at any of the front-of-house service points. Not only are they able to sell more products in more places, they are also able to better understand their customers’ habits.

With SRO’s reporting capabilities, Rachel says her team can get very creative with customer marketing. For example, she can price tickets lower for those patrons who come to the theatre an hour before the show to enjoy a meal at the café. Or she can offer free programmes to her most loyal customers.

Rachel notes that the reporting doesn’t even have to be about the person or the ticket. It can inform the kitchen about what food to buy or tell the bar staff which drinks are the most popular. Either way Rachel is not just able to understand her customers' habits better - she can also give them a better experience.

Over at CW Entertainment in Welwyn Garden City, Ahmed Momoh has been using the technology since 2013. Ahmed, the IT and Web Systems Manager, has worked alongside the SeatGeek team over the past few years to help develop the technology.

Ahmed explained that back in 2013 he “examined a ton of ticketing systems” and had a few golden rules. Atop that list was reporting. The solution needed to show how ticket buyers behaved throughout the rest of the venue. Did they buy merchandise or drinks? CW Entertainment also wanted to make sure that membership could work in both the box office and the café.

Secondary spend is a key performance indicator for his team, so a solution that easily tracks that and compares it to primary spend was a must. In the end the team opted to use SeatGeek’s SRO technology, a decision that Ahmed says “astronomically changed” their business, especially given the continued improvement of the technology over the past five years.

CW Entertainment is now using the technology in a number of innovative ways, from pricing differently during the early afternoon to having a set-up in the kitchen for staff to see orders and where they should be headed. In fact, over the past five years its income per customer has increased by 86%, thanks to the ability to sell various items across different locations.

Ultimately, the reporting has not only been better for CW Entertainment, but has also resulted in customers spending more time at the venue. While most venues move over to the technology because of the improved reporting and seamless experience, a significant added benefit is that attenders are given a better, and often more personalised, experience.

As the number of entertainment options continues to grow, venues are having to be smarter and technically stronger in order to maintain the relationships they have built. By leveraging the SRO technology, York Theatre Royal and CW Entertainment are just two examples of how SeatGeek is changing the experience for venues and fans alike.

James McClure is the International General Manager at SeatGeek.
https://enterprise.seatgeek.com/uk

This article is an advertising feature sponsored and contributed by SeatGeek. 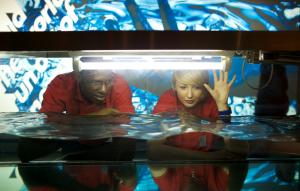