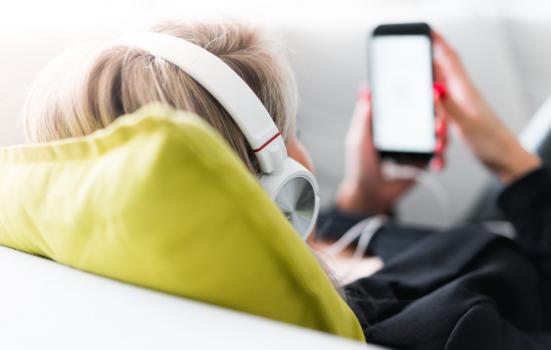 Musicians' rights to payment are being eroded, associations say

The DCMS Minister has supported calls for an official investigation into competition in the music streaming market.

Speaking at the DCMS Committee's inquiry into music streaming this week, Caroline Dinenage said she would "of course" support a potential referral to the Competition and Markets Authority (CMA), while stressing the watchdog operates independently of Government: "I'm very happy for the CMA to have a look at this."

"They can always look at an indsutry if it's deemed there might not be enough competition."

This has been welcomed by the Musicians' Union and music creators' association The Ivors Academy, which say it is one of the key asks of the 17,000-person #FixStreaming campaign.

Hearings in recent months have highlighted how an oligopoly in the music streaming marketplace leaves artists with little bargaining power, with only household names able to earn a living from streaming royalties.

Labels called to give evidence have not provided clear answers as to exactly how much artists get paid from streams.

An Ivors Academy members poll showed 82% of respondents, with thousands and millions of streams, earned less than £200 across all platforms in 2019.

"The inquiry has shown that there is strong support for reform to keep the dominant multinational labels in check, provide transparency where there is little and provide our musicians with sustainable incomes," Ivors Academy CEO Graham Davies commented.

But Minister Dinenage's support for reform was lukewarm at best. She wouldn't share what she thought a fair and equitable remuneration deal would look like, saying "it's something stakeholders have wildly different views on".

"I would just love to see the music sector more broadly coming around the table and figuring out what they think is fair rather than expecting some kind of government decision or government mandate on this.

"I can't think of any other industry that the Government would intervene with to that extent unless there was compelling evidence of market failure that would encourage them to have to do so."

MP Julie Elliott countered: "But it's almost market failutre and it's not transparent so we can't get to the bottom of it."

A central debate to determining equitable remuneration is whether streaming is most similar to buying, renting or listening to a song on the radio.

Dinenage said there were similarties between streaming and radio play but that streaming exhibited elements of all these transactions.

Legislation from the 1980s enshrines musicians' right to payment when their work is communicated to the public. The Musicians' Union and MPs running the inquiry say this right is being eroded and that streaming should attract a similar proportion of royalties as radio plays.

"With just a small tweak to UK copyright law, we could introduce a guaranteed payment to all musicians whether featured or non-featured, recouped or unrecouped," Musicians' Union Deputy General Secretary Naomi Pohl said.

"We hope the IPO (Intellectual Property Office) will engage with us going forward to look at how this could be achieved and what a positive impact this could have on performers' livelihoods.”

Moss said a 'making available' right was introduced in response to the rise of digital distribution.

"It's an exclusive right for the rights holder designed for the streaming environment and we believe it's fit for purpose."

No changes to copyright

The sector shouldn't hold their breath for changes to the UK's copyright regime, with those appearing before the inquiry saying there isn't a need.

Post-Brexit there is no requirement for it to comply with the EU Copyright Directive, two articles of which outline expectations around remuneration.

Those sections were added at a late stage, Dinenage said: "We're just looking very carefully at the implementation of the directive in Europe and leaving the EU gives us the opportunity to do that and decide how to move forward.

Moss said the directive was "a real compromise" for the UK, which can now create something more tailored to its own needs.

While the IPO is undertaking research into these issues, Moss and others did not commit to updating copyright law to better reflect the digital marketplace.