Why do we talk about organisational change as if there are right and wrong answers? David Jubb discusses how the Scratch collaborative process for theatre production is also a powerful tool for organisational development. 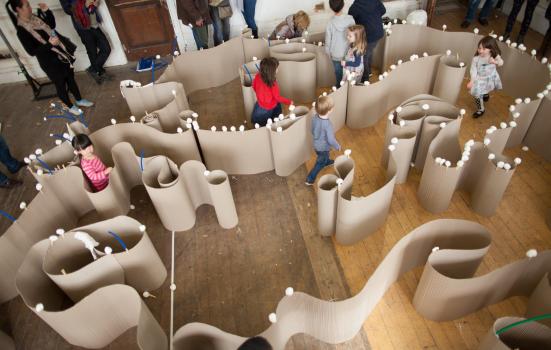 I never thought that one day I would say that I run a museum, let alone a national development programme for museums. My teenage self would be truly bewildered by my adult self. My teenage self’s view of the world was shaped by my education, which told me that in order to be good at something you had to know the right answers – and that these were at the back of the textbook.

Museums felt like part of this mainstream orthodoxy to me. Walk into a museum and every object, picture or artefact was there to be understood in order to be appreciated. It was like stepping into a school textbook and it gave me a headache. This way of learning about the world made me feel ignorant and sometimes it made me feel angry. And just occasionally I wondered if there wasn’t a better way.

In 1999, I went to work for Battersea Arts Centre (BAC) as a producer. I was attracted to the job because it offered the opportunity to develop ideas without knowing the answer. I can now see that not knowing the answer was also the thing that attracted me to work in ‘devised theatre’ in which you collaborate with others to create.

There is no script to follow or pre-ordained destination. The idea of improvising the future with others, rather than reading it at the back of the book, felt like a liberation.

Scratch is the collaborative process that we use to make stuff up and it works a bit like the figure below. 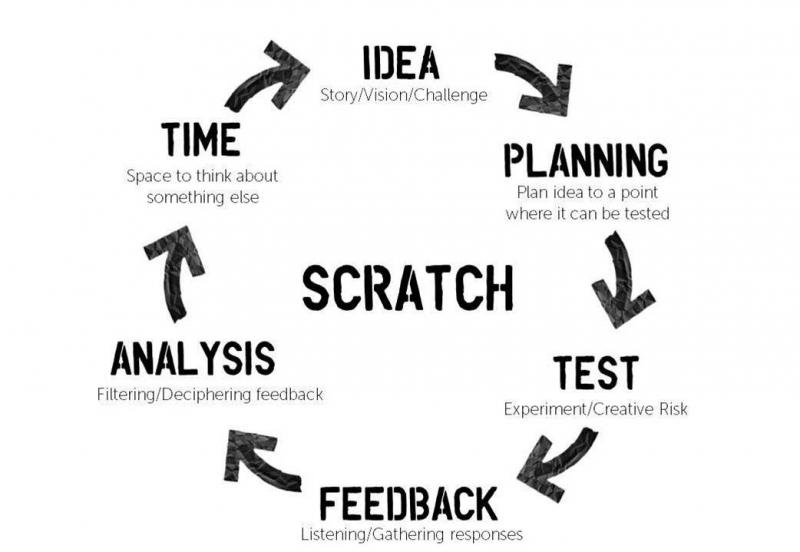 Over the past two decades we have used this process, or versions of it, to develop thousands of shows. In 2006, we began to use it for everything we do: to re-imagine our building, restructure our organisation and support the development of creative ideas by all kinds of different people.

More recently, Scratch has enabled me to run a museum and not be frozen by fear that I don’t know the right way to do it. In April last year we merged with Wandsworth Museum and took on the stewardship of the borough’s collection. We established the BAC Moving Museum, to move around our building, our borough and beyond, rousing the emotions of all the people we connect with.

During this time we have also been running a development programme for a number of small museums around the country called Creative Museums. The programme uses Scratch and explores the mindset of a producer. This is about being creative, entrepreneurial, open and resilient – someone with a producer’s mindset building ideas. They almost never begin with the right answer and usually they believe that there is not a single right answer anyway.

Arts Council England funded Creative Museums. It was an adventurous funding decision, because when we applied for support we did not have the evidence that Scratch and the producer’s mindset would work in the context of museums. I sometimes feel these concepts are so obvious that I’m a fraud for evangelising about them, like some kind of hokum life coach.

But then when I experience the transformation this work leads to, it reminds me that the reason it comes across as simple is because it is profound. Scratch embraces the idea of learning from experience rather than inciting a fear of making mistakes. I believe that if we used this approach in all our learning environments we would grow more confident, curious and creative together.

Museums have evolved since I was a teenager and we’ve had the opportunity to learn from innovative organisations up and down the country. During the Creative Museums programme, we have been reminded that Scratch and similar processes in other sectors, which put people in the lead, are actually very subversive. This is because they disrupt existing hierarchies. They are about sharing authorship, leadership and expertise.

One clear learning point from Creative Museums is that it is not just about using Scratch as a tool to develop a single aspect of your work, but about embracing Scratch as a culture within your whole organisation. For example, we have adopted a project model to replace our departmental model that disperses leadership across the organisation. What I describe as ‘right-answer culture’ is so ingrained in our industrialised psyches and organisational practices that we have to create a powerful counter-culture in order to go in a different direction.

At the end of the Creative Museum programme we held a symposium and I listened to a museum director talk about their experience. It had not been a straightforward and feel-good development experience, but had been personally challenging and sometimes problematic, especially to begin with. But at the end of their presentation, they talked about their realisation that through all this challenge, throughout the programme, they had actually been scratching their leadership and finding a new way to collaborate with their team.

I was moved to tears because I was listening to someone talk about their own vulnerability and personal change. It made me wonder why we ever talk about organisational development as if there are answers in the back of a textbook to tell us how to transform them. The reality is that organisations only change because the people who work for them change.

No right answers
If I were 22: David Jubb & Tobi Kyeremateng