The playwright behind ‘McQueen’, James Phillips, shares his advice to the younger generation, from gambling to remembering that it’s only rock ‘n’ roll. 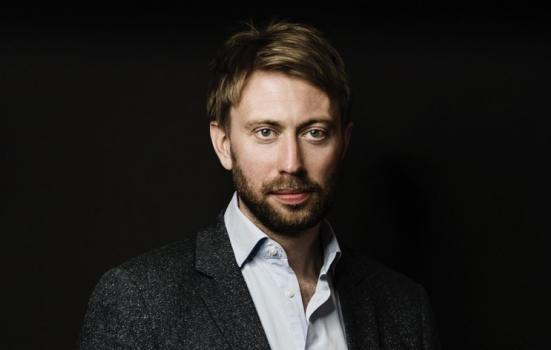 I’m a director who also became a playwright, but by accident. I had an idea for a play: ‘The Rubenstein Kiss’. I wasn’t a writer. Spent months trying to convince proper writers to do it. Couldn’t persuade anyone, so I wrote it myself. I was lucky: it went really well. Your career may not be what you have decided it will be. It’ll probably be better. You have, all of you, extraordinary, elastic capacities: let yourself expand with them.

#IfIwere22 I’d realise that you need to gamble and when you gamble, do it big 2/5 #APNewPro @ArtsPro

You’ll know when you’ve got something good, actually good. Wait for that moment. You’ll feel it inside if you can develop a self awareness that’s both gentle to yourself but forensic about what you’ve actually made. That’s the moment to invite everyone, push all your chips into the centre of the card table. When you’ve got something properly decent, be prepared to take stomach gulping risks. And then go all in on it.

When you’re starting out, especially if you’re going into it after college, there’s a pressure to be clever within precise parameters, to stand out by fitting in, to do what everyone else is blogging about. But you’re not an undergraduate anymore. Make stuff with your heart and not other people’s heads. Then you’ll be you.

Once, I was deep in a long tech for ‘The Rubenstein Kiss’, which I was directing, stress levels rising rapidly, as they do. The brilliant photographer Nobby Clark was shooting pictures of the show, and he charged past me at pace looking for the next image. Without slowing down, out of the side of his mouth he said: “Don’t worry, it’s only rock ‘n’ roll!” He made me laugh. He was right. The day went better after that.

Make whatever you can whenever you can in whatever medium is available that precise moment. Since 22 I’ve been so lucky: I’ve acted, directed, written, taken photographs. It all cross-fertilises because it’s all really the same thing. Take a photograph, write a line, play a line, film that line: it’s all storytelling. There’s no great separation between the basic impulse behind all of these creative things. Making stuff teaches you about making stuff.

James Phillips is a writer-director and recent work includes ‘McQueen’, ‘Camelot: The Shining City’ and ‘The White Whale’.