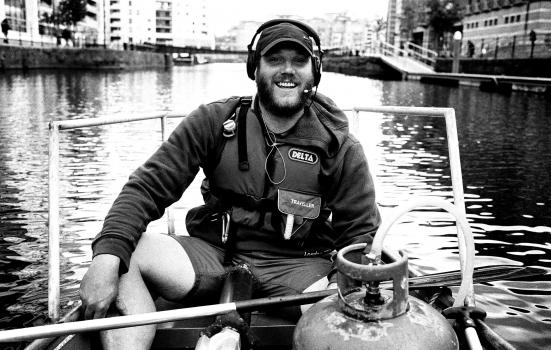 It’s incredibly useful. It’ll help you solve so many small problems. And it’s something that will still be useful when you are trucking along in your middle age. Also learn to edit a video, use photoshop, build a website and a hang a light. If you don’t have any need for those skills some one will. And then you’ll be of help to them. Be useful to your clan in all ways you can.

There has never been an artistic process that hasn’t in some way been improved by someone putting down a massive pot of homemade thai curry and feeding everyone. Doing it in one pot, out the corner of your eye whilst getting on with other things so it miraculously arrives at 6.30pm when everyone is hungry is going to make you look much cooler than you have any right to.

#ifiwere22: I'd ignore all those people saying listen to your elders @ArtsPro

I am making it up and I’m pretty old. The people I worked for when I was younger were making it up. If we knew what we were doing then the theatre industry wouldn’t be in the mess it is. Come stand next to me though and lend a hand, there’s work needs doing and together we might get it done.

Find amazing collaborators as quickly as you can. There is talent in the world beyond your college class. They might be a better fit for you, drive you to greater efforts. Find them. Look for them in places that aren’t the Edinburgh Fringe – it’s the most expensive, most cluttered shop window. Go to the theatre. Go to the National Student Drama Festival. It’s full of people like you. You don’t have to be a student. Make friends with brilliant, talented people. Then hold them close and work with them until it’s not a good idea anymore. Only work with people that make you better at your job than you were when you got out of bed this morning. Find ways to keep them close as long as that collaboration nourishes both of you: I recommend feeding them homemade thai curry regularly but you’ll find your own way.

A confidante. An adorer. A relaxing spirit. A wilful creature to manipulate you into walking in the woods. Someone to remind you that there is more to life, occasionally, than theatre. And when you’re in your bed, exhausted from your day making theatre happen a handsome hound every night without fail to gaze lovingly into your eyes and silently say to you “good job pal but better tomorrow hey”.

Food bags, laundry and companionship… a different type of community service
If I were 22 - Alan Lane