London’s cultural and commercial sectors have always had a symbiotic relationship, writes Tony Matharu. Fostering those links is now more important than ever. 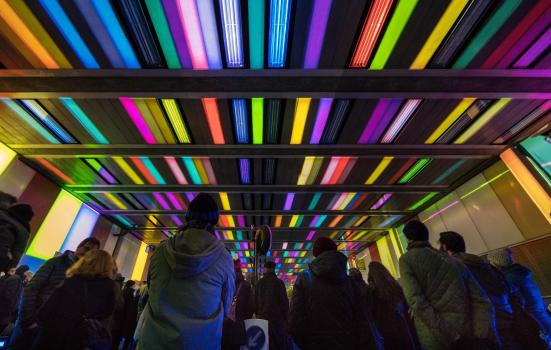 Prior to Covid-19, London’s globally recognised cultural offer was a vital component of the London and UK economy, and a significant, inextricable contributor to London’s pre-eminence as a leading world city to visit, live and work. London’s world-renowned cultural and heritage assets are major drivers of tourism: invaluable in attracting inward investment, international tourists and students, and it is a major contributor to the UK’s position at the top of the Soft Power 30 index. Now, with the coronavirus and the response to it, and an unsatisfactory Brexit, London’s competitive advantage as a global business hub is at risk.

The immense importance and positive economic impact of London’s cultural offer needs emphasising. Culture in London drives both leisure and business tourism, generating £47bn for the UK annually. Cultural tourists spend over £7bn a year and London’s cultural tourism contribution to the wider economy amounts to £8.3bn. In central London, the cultural sector alone contributed an estimated £4.8bn in gross value added (GVA). London’s film industry – the third largest in the world before Covid-19 – generated approximately £8bn of inward investment. London’s top 18 museums and galleries saw around 50 million visits. In London alone, there were as many as 97,000 jobs in music, performance, and the visual arts, and 17,600 jobs in museums, galleries, and libraries. Several hundred thousand hospitality and other jobs are directly connected to the sector.

The value of retaining London’s cultural and arts offering for London’s economy cannot be overestimated. While various indices of world cities reveal London’s success is attributable to several factors, London’s unique breadth of high-quality cultural activities is an undeniably significant factor. This alone should help commercial businesses understand the positive impact of partnering with cultural initiatives, driving customers directly to their organisations and supporting an environment in which their businesses can flourish.

London’s economic and cultural power now faces challenges. Increasing inequality poses a risk to the talent pipeline: artists’ studios and music venues are always vulnerable to rising rates and rents but the current pandemic and the worst recession for over 300 years  exacerbate the situation. London’s internationally connected economy depends on the free flow of capital, trade and people, and its creative sector is no exception. The fallout from Brexit has added to this dangerous cocktail. A third of London’s creative jobs are filled by international talent and just under half of the UK’s creative services export is to the European Union. Partnership and collaborative working will be essential, with a shared vision to support the sector and generate individual and collective value from collaborative action.

Over the years I have witnessed the power, influence, and benefits (commercial and other) of working with creative minds, generating footfall, and elevating the brand reputation of London. I have been able to identify and measure these benefits: increased client and employee engagement, enhanced brand recognition, increased trust, and enduring long-term relationships. Some of these were unexpected; others clearly identified as project outcomes. Some evolved as relationships developed.

The motivations for partnership working should be identified and articulated at an early stage, with all parties recognising that an amplified common voice can engage broader audiences with positive creative messaging. It has never been more important or relevant to engage, support and explore partnership and collaboration between culture and commerce. Culture has a critical role in London’s business recovery – re-animating areas, incentivising a return to work when it is appropriate, and restoring London’s diversity and talent. All London’s businesses can benefit from this.

Our impact on the world is reflected in our soft power; that is the ability to draw on the goodwill of governments, companies, and ordinary citizens all over the world. When our culture promotes universal values, it makes us naturally appealing to others. The international cut-through of our cultural output is important in building soft power and influence, and it’s needed now more than ever.

London is a cultural superpower: its orchestras, theatres, dance companies, opera houses, museums and galleries play a powerful ambassadorial role around the globe. International co-operation with touring exhibitions, artefacts loans, subject matter explored by film and theatre, promotion of the English language, and many more factors bring benefits to London and the UK. A nation that is liked, admired, and respected is much more likely to find political allies, secure trading partners, and draw in new talent, tourists, and investors. Brexit presents extraordinary challenges but also opportunities that must be recognised by those in positions of influence, whether in the public, private, or creative sector.

London’s dynamic businesses and the alchemy of its rich arts and cultural offering are critical to the city’s global competitiveness. They are interlinked and interdependent: part of the unique ecology of London as it looks towards a sustainable recovery and a new world order.

Tony Matharu is Chairman and CEO of Integrity International Group and Blue Orchid Hotels and a member of London’s Culture and Commerce Taskforce.