The art of changing lives

The success of Hull’s year as City of Culture proves the arts have the power to transform lives. Martin Green says it’s time for policy makers to recognise that they are integral to a healthy, happy society. 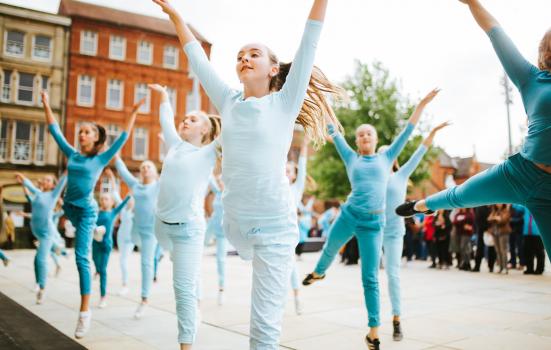 Last year, Hull became the setting for something extraordinary. As UK City of Culture 2017, this wonderful but often overlooked home to 260,000 people provided evidence of what can happen when culture is placed in the foreground in decision-making, whether political, social, health-related, educational or business-related.

The arts need to be seen and facilitated as integral to how a country runs, to the functioning and wellbeing of people and society

When Hull bid to become UK City of Culture, those going for the title – the city council, non-cultural organisations and businesses, local artists and cultural institutions, residents – could not have anticipated what was to come. Of course, they wanted it to be a success, but could they have expected it to do so in such spectacular fashion?

The year touched many, many people’s lives and permeated national consciousness way beyond what anyone could have hoped for.

Hull City Council led the bid as part of wider ambitions to invigorate the fortunes of the place. Key aims were to raise aspiration and skills through increased participation, grow the size and strength of the cultural and visitor economy, put culture-led regeneration at the heart of the city’s future and transform attitudes and perceptions of the city.

The figures for the cultural programme alone are impressive: more than 2,800 cultural events and activities took place over 365 days, including 465 new commissions. These took place at more than 300 venues and public spaces, and were seen by a total audience of 5.3 million.

It was a programme committed to world-class art, but it was also about transforming a city and the lives of the people living there. This was Hull after all, too easily ignored, too readily the butt of jokes by people who had never even been here, and one of the most deprived areas in the country. It was also a city with relatively low participation in cultural activity, despite a strong often radical artistic community. So, has being UK City of Culture made a difference?

The University of Hull’s Culture, Place and Policy Institute (CPPI) has just published Cultural Transformations: The Impacts of Hull UK City of Culture 2017, an early evaluation of the year. The report shows positive indicators for the bottom line, with hotel bookings and rail journeys to Hull up, and the total number of annual visitors in 2017 set to be 1.3 million greater than the total number of visitors in 2013, when Hull won the bid. The projected total value of tourism in 2017 is on track to contribute more than £300m to the economy.

But more importantly, it shows how the year brought people together, engaging and empowering them as audiences, participants and artists. Over half of audiences during the year were from Hull, with over 95% of residents attending at least one cultural activity and 60% of ticket buyers being new bookers.

There was an increase in the local population’s already fierce pride in their city and a new confidence, with significant increases (up 9%) in residents’ willingness to take part in a range of cultural and non-cultural activities, including volunteering and sport. Children and young people said that, as a result of taking part in the No Limits learning programme, 40% felt happier and 34% reported an increase in self-esteem.

Hull UK City of Culture 2017 has shown how arts and culture are at the intersection of the social, wellbeing and education agendas, with the power to inspire, bring people together, increase insights and communication. These have a powerful role to play in transforming the lives of people and changing how communities and cities function.

Its success is the result of another coming together. That Hull 2017 was able to happen is down to a collective act, owned by everyone – politicians, artists and cultural organisations, businesses, funders and local communities.

If art should be valued for its intrinsic worth, Hull has shown its value in societal terms. People in Hull have been debating what art is, as with artist Nayan Kulkarni’s Blade, which saw a 75m wind turbine installed as an artwork in the historic centre of the city. It has also inspired people to be more creative, become more active and learn more about their city. The year-long programme has brought joy, entertained and increased self-esteem.

Hull 2017 has shown that we need to get over the tendency to see the debate as being about art-for-arts sake versus instrumentalist appropriation, entertainment, lifestyle or money-making. Art also offers opportunities to reflect, question and debate, as the country renegotiates its identity in the wake of the Brexit vote.

Arguably, art defies the definitions and therefore the limitations we put on it. Policy-makers need to stop silo thinking, where art is ‘over there’, totally distinct in policy terms. It is important that non-culture agencies adopt the stance that bodies like the forward-thinking clinical commissioning group in Hull have taken, acknowledging the role that arts and culture play in relation to their work. Commitment is needed to enable an elastic, free-form approach to art within society, removing binary perspectives, so it can sit at the centre of city life and policy-making.

There are challenges, not least whether we can afford it. It is vital that funding is available to ensure the country can harness the enthusiasm, innovation, local expertise and ideas, so that arts and culture can continue to contribute to the common good. Despite competing priorities for public funding, it should not be a case of ‘either or’. As Hull has shown, it should be ‘as well as’. The arts need to be seen and facilitated as integral to how a country runs, to the functioning and wellbeing of people and society.

As competition heats up about funding for physical and mental health, social care and wellbeing, education, tackling crime, we might find that a commitment to the vital role that art has to play in a healthy city is actually cost-effective.

Hull has shown that art changes lives. As the city reflects on a momentous year and takes forward its ambitious plans to build a long-term legacy, there can be no let-up in ambition, funding and multi-partner support, and in the collective action to ensure this. Other cities across the country can continue to be creative – even being outrageous and making mistakes along the way.

Martin Green was CEO and Director of Hull 2017 from 2015–18 and is soon to be Chair of the board of Middle Child Theatre.
www.hull2017.co.uk
www.middlechildtheatre.co.uk

The art of changing lives
The arts on your doorstep

95% of Hull residents attended a City of Culture activity