95% of Hull residents attended a City of Culture activity

Over 60% of ticket buying audiences were first-time bookers, and the city’s venues experienced a 30% increase in ticket sales. 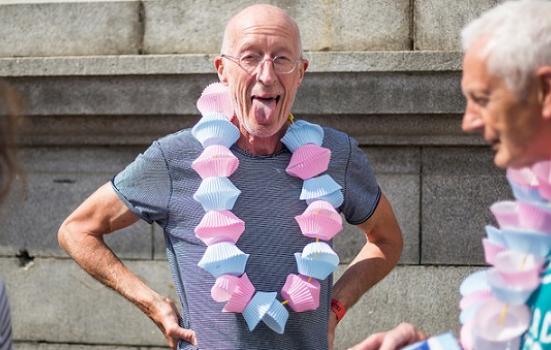 Almost every single Hull resident attended one of the daily cultural events during the city’s year as Capital of Culture, according to a preliminary evaluation by the University of Hull.

Hull’s year as City of Culture also boosted ticket sales across local galleries, theatres and performance venues by a collective 30%, and 60% of ticket buying audiences were first time bookers.

The total number of visitors in 2017 is projected to be 1.3 million greater than in 2013, and the value of tourism generated is on track to contribute more than £300m to the economy.

“That it has had an impact on the bottom line is fantastic, but most important is how it has empowered people, as audiences, participants and artists,” said Katy Fuller, recently appointed Creative Director of the Culture Company, which will carry on Hull’s work in the coming years.

“This early evaluation shows that Hull being UK City of Culture touched the lives of almost everyone living here. It increased the already fierce pride in their city and changed perceptions here and across the country.”

In addition, the year is credited with creating 800 new jobs and helping increase successful applications to ACE’s Grants for the Arts scheme – now known as National Lottery Project Grants – by 346%.

“Hull has shown that art changes lives,” said Martin Green, Director of Hull UK City of Culture 2017, as he unveiled the findings at an event yesterday.

He described the city’s success as a collective act, by artists and cultural partners, local communities, businesses, politicians and funders. He said it provided a template for action for other cities, but warned that rolling this out would not be without its challenges.

“We need to persuade funders – Lottery, trusts, foundations, public bodies – that arts and cultural activity is a legitimate means of bringing about social change and therefore can be funded, so that it is not just left to the Arts Council, which should not be expected to be proxy agency for social equity and justice, when its role is to support great art,” he said.

“There is no one size fits all solution. Key is taking a people-centred and place-centred approach to funding, rather than focusing solely on the activity, and the different ways that people and cities function.”

Alongside the evaluation, Hull Truck Theatre’s annual report demonstrates the impact of the year of activities.

The theatre attracted record visitor numbers, up 22% on the year before. These visitors came from across the country, representing 97% of all UK postcode areas, and 45% were first-time bookers.

Reflecting on 2017, Hull Truck Joint Chief Executives Mark Babych and Janthi Mills-Ward said the theatre had benefitted hugely from the support and investment of Hull 2017. “As we transition into our ‘new normal’, inclusion, innovation and integrity will drive our future artistic ambitions to build a theatre that reflects the diversity of a modern Britain.

“The pride and passion of artists, audiences and communities who turned out to support our work has been truly inspiring and renewed our determination to build on this spirit of optimism and ambition for the future.”