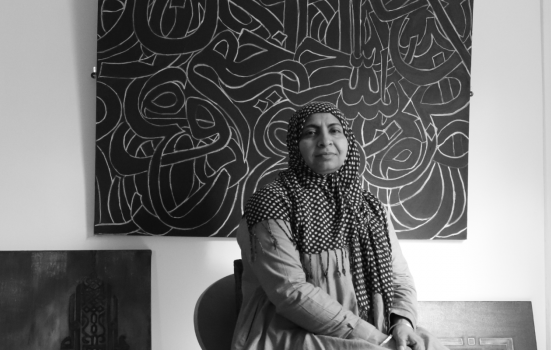 “The arts are a gateway to our collective humanity and ethnically diverse communities need a parity of esteem in the cultural landscape.”  Artist 55+

Our new report*, commissioned by CADA - the Creative Ageing Development Agency - celebrates the cultural and creative contribution of older people, challenging ageism, leading a fundamental rethink and reflection on ageing and creativity and harnessing collective energy for change.

It is widely recognised that in the UK, older ethnically diverse people are among the most excluded groups in society due to accumulated experiences of discrimination and disadvantage.

During the pandemic, the loss of support from informal community social spaces and exclusion caused by lack of digital access and language barriers has been significant. As older practitioners ourselves we want to see work by, with and for older people in all communities thrive. Our stance is not impartial.

However, our knowledge and experience of working with artists and communities means we can understand those parts of South Asian artistic practice and community arts practices that are not always visible to dominant systems of cultural meaning.

Our aim has been to foreground the voices of the South Asian artists, group leaders, heritage workers and participants we have spoken to and to present what they think is important.

The research findings offer both insights and inspiration for inclusive creative ageing practices and those who host and nurture them. They also indicate actions - shifts and changes in behaviours and attitudes, approaches and policy delivery.

We felt strongly that in addition to looking at examples of good participatory practice in community settings we should also capture the experiences of the generations of professional artists who came to this country across five decades,1950s to the 2000s.

33 artists took part in the research and 6 community arts projects are represented.

“The creation of horizontal, rhizomatic forums for exchange is most important. What is most needed is connectivity. We should be in touch with one another, however that is facilitated.” Artist 55+

The artists we met are pioneering, and are inspiring examples of creativity, curiosity and imagination in later life. Many of them are already making work with and for older audiences and participants and as this research illuminates, they make a unique and essential contribution to older South Asian diaspora communities.

As artists who are immigrants, displaced people or refugees, their distinctive experiences and perspectives need to be acknowledged and included as we all continue to explore and reflect on the cultural and creative contribution of older people.

“Late style for a visual artist is a reflection of maturity whereas the late style of a performing artist is seen as a ‘loss’ of certain faculties, rather than that style being recognised as a statement of the ability to embrace the change.” Artist 55+

While there has been late recognition for several of the artists, there is a desire for a better infrastructure within both the mainstream and the South Asian arts sector to address organisational memory, so that late style expression is supported, invigorated and continues to evolve as well as encouraging those that follow.

The findings articulate not only frustrations around visibility and status, wanting “to be part of conversations that matter,” but also the urgency around sharing collective history, legacy and counter-narratives.

As those communities that arrived in the 1950s-1980s grow older, it is now that stories, artworks, and artefacts need to be collected for successive generations to appreciate the contribution of the South Asian diaspora to the story of art, culture and heritage in England.

Those who contributed to these six stories are led by women and men with a real sense of purpose. They recognise the importance of sharing their cultural and social heritage as part of the nation’s story.

It was powerful to hear how they are motivated by service to their own diaspora communities and by a strong sense of cultural justice. Through making work that challenges stereotypes about experiences and creative expression, all the organisations are consciously facing outwards, working with mainstream partners to ensure that their legacy becomes part of collections, archives and programming.

Their cultural heritage is a source of pride and they are acutely aware of the importance of, and the urgency for, capturing the stories of those pioneering elders who came to the UK between the 1950s and 1970s. It was exciting to have confirmed that there are many artists within the membership of these groups and more who they have identified through their projects, ranging across folk art forms to classical performance.

“We want our needs to be met culturally in the way we would like to meet them.” Navrang Arts

“Anything that makes a person connect to their religion, to their identity and to their soul is a positive.” Nazmin Akthar, Co-chair of Muslim Women's Network UK.

These generations are visionaries

A valuable insight that emerged is the pivotal role people, mainly women in their 50s and 60s, play as connectors with both the older and younger generations. They speak the languages of their parents and encourage the transmission of cultural knowledge through participatory arts work, creative skills training and creative events and exhibitions that attract both South Asian and wider audiences.

We were also struck by the powerful narrative around volunteering, the proactive approach to partnerships and the ambitious vision of how and where their work could and should be seen and shared.

These stories all tell us that stereotypes around outreach, engagement and programming must be challenged.  We think the findings are energising, propelling us forward into our later decades, inspired by people who continue to engage thoughtfully, critically with the world around them.

Despite frustrations, there is optimism, there are achievements to celebrate and battles still to win, but that is why these generations are visionaries.

Elizabeth Lynch MBE is an arts advisor and researcher.
Arti Prashar OBE is a theatremaker and consultant.

*The report was commissioned by the Creative Ageing Development Agency in England and is available here.