Jonathan Goodacre considers how we can preserve the global ideas exchange that the arts and culture community benefits from so richly. 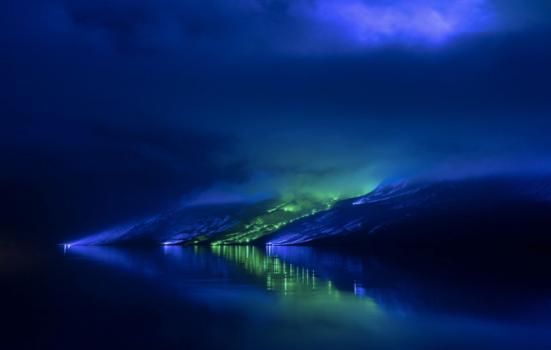 The pandemic has shown that there is no way – political or otherwise – of dividing ourselves from the rest of the world. And when it comes to climate change, there is certainly no hiding our global connectedness.

But it’s not just viruses and temperature rises that spread voraciously across borders. Culture too flows freely across the world, infiltrating people’s lives unexpectedly and making a lasting impact. What that impact might be is up for grabs now more than ever.

The arts are most innovative when coming together from different perspectives to create something greater. For The Audience Agency, working internationally is fundamental to our evolution. Without understanding the context within which public engagement exists or being stimulated by new approaches and ideas, we limit our impact immeasurably.

Things we lost in the fire

Over the last few years, we and our partners have benefited greatly from various EU programmes. They have given us the chance to liaise with colleagues across Europe and research previously untapped ways of working, such as the Audience Centred Experience Design blueprint collaboratively developed as part of the Adeste+ Creative Europe project.

In fact, the partnership at the heart of that project has evolved over many years, from our first Adeste project in 2013, and has been central to our contribution to the UK arts and culture sector for the better part of a decade since.

The damage from Brexit is much more than ideological regret. We can no longer be a full partner in Creative Europe or Erasmus+ programmes or take part fully in discussions, initiatives and developments at EU level, causing a critical loss of knowledge exchange in both directions.

Recently, a meeting we were due to host was moved to Copenhagen because of passport/visa difficulties. And that’s not to mention the reputational blows the UK continues to sustain globally, far beyond Europe ... How apt is the phrase ‘perfidious Albion’ now?

Rising from the ashes

There are no benefits to Brexit, but at least the circumstances of its imposition remind us that the world is a big place. Yes, it has dealt a savage blow to our established and previously burgeoning ways of collaborating with our nearest neighbours, but there is still much we can do.

We are currently concluding our evaluation of Galway 2020 European Capital of Culture which has been tremendously enlightening in terms of different artistic approaches, resilience in the face of the pandemic and new interpretations of the international.

Meanwhile, during the summer of 2021, the Adeste+ Summer School and Conference attracted hundreds of people from around the world, with one participant from Peru joining in at 5am (her time). And in the last few months, we have been gazing ever further outwards.

One of our favourite projects has been the evaluation of the British Council Global Digital Collaboration Project, a pilot scheme providing grants for organisations researching and developing new ways of collaborating and creating work. It was developed in the pandemic and in its original incarnation was only available for work with the ODA (Official Development Assistance) countries.

Using digital technology in some of the poorest countries in the world brought stark home truths about things we take for granted in European cultural practice. Whilst we might moan of Zoom fatigue, we know that this is a ‘first world problem’ that many in the global south would be pleased to suffer.

On the other hand, this project also provided insights into digital’s potential that we might not otherwise have noticed. When you see virtual reality used by people from indigenous cultures to preserve their heritage, you gain a new sense of what digital can do. So far there are 30+ such collaborations, many of which will be platformed in the new year. Watch this space...

Meanwhile, in India – home to 1.3 billion people, more than all of Europe put together – we have been working with Art-X, a company leading the way with a broad range of cultural research, professional development and creative endeavours.

One such is the development of the Festivals From India portal, which has introduced a range of new approaches and working methods to cultural organisations forced to work at the intersection between private, public and community. Again, more anon...

These projects have alerted us again to the richly diverse international heritage of the UK, despite the desire in some parts to pretend that British culture is somehow singular and specific. The excellent work of The National Trust last year spotlighted just one aspect of this, which was the connection with our colonial past.

We are more than the legacy of colonialisation though. Despite Brexit, according to the Office of National Statistics, there are still 3.3m EU citizens living in the UK (an interesting anomaly is that there have been around 6m applications for settled status). We are not ‘little Britain’, we are myriad Britain.

So, there is plenty to think on as we steel ourselves for a post-Brexit future in which we hope to retain the progress, passion and potential that is unique to collaborating internationally. Here are some things to think on as we consider how to preserve that.

Jonathan Goodacre is Senior International Consultant at The Audience Agency.

Keeping the torch of international cultural co-operation burning
Little moments of joy
2020 festivals: there’s no going back
Why European collaboration is worth fighting for
An insight into our green and pleasant land
Outdoor pursuits