Why are many women in the arts not progressing into leadership roles? Alex Marshall asks if there are lessons to be learned from the world of sport. 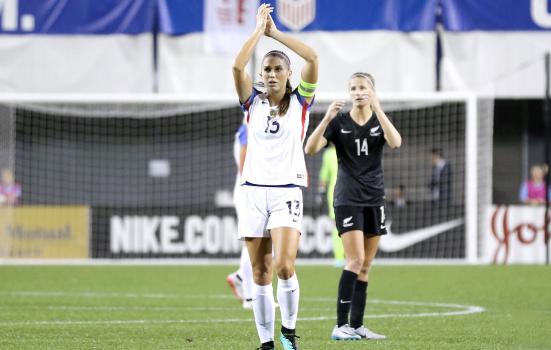 Jamie Smed on VisualHunt.com / CC BY

With a junior workforce that is 80% female according to the ArtsPay 2018 survey, you would expect the arts to outperform traditionally male sectors, such as finance and sport, in both the gender pay gap and levels of female leadership. But the data tells a different story.

Most arts organisations are too small to publish gender pay gap data, but the survey reveals that women earn less than their male colleagues as their career progresses. They are only half as likely as men to reach senior roles by their mid-thirties, with men accounting for almost one in three of all leadership roles in the arts.

As someone who has worked as a leader in both the arts and more recently in sport, I’ve noticed differences in approaches taken to addressing the gender gap.

Despite the unprecedented achievement of British sportswomen in recent years, the systems that support them continue to be dominated by men. According to Women in Sport’s report Beyond 30%: Workplace Culture in Sport, published in June last year, women make up only 24% of performance director and CEO roles of publicly funded governing bodies. And half of these organisations have fewer than 30% women on their boards.

Like many sectors, sport is using various initiative - including flexible working, career mentoring, role modelling, back-to-work support and more inclusive recruitment practices - to help women’s progression in the workforce and address unconscious bias. Where subsidised sport has gone further is in the use of regulation to help clean up its act.

In 2016, the Sports Governance Code was published by UK Sport and Sport England. It included a mandatory requirement for a minimum 30% gender diversity (in line with the recommendations of the Hampton-Alexander review) on the boards of organisations receiving regular public funding. While the requirement is 30%, the expectation is for gender parity. And crucially, there is a restriction on length of service for board members to help achieve this.

Regulated change such as this is painful. However, UK Sport and Sport England believe that significant cultural change can only be achieved when it comes at the top – in the leadership teams and, crucially, the boards that make the key decisions regarding talent, funding and education. Research has found a strong link between good governance and organisational culture, and that diverse organisations perform better, and are more likely to be financially stable.

Requiring publicly funded organisations to report annually and publicly on the diversity of their leadership enables the public to see that action is being taken to tackle inequality in sport. Poor performers are exposed, and the national media inevitably ask questions. It also puts pressure on the commercial sport sector to follow suit.

Going hand in hand with this high-level, regulatory approach is sector-wide advocacy and campaigning led by national organisations such as Women in Sport and the Women’s Sport Trust. They lobby government and the media to shine a light on issues such as equal pay, sponsorship and coverage of women’s sport.

Women in Sport conducts annual research into the attitudes and challenges of being a woman in the sports workforce. Both galvanise support from men and women for wider cultural and collective change in the sector. They keep the pressure up on organisations when ‘gender fatigue’ sets in.

Changes in the arts

Is any of this applicable to helping accelerate change in the arts sector? Here are some considerations:

Regulation: How long do you allow publicly funded organisations to continue policing change themselves before you intervene? Sport England and UK Sport got tired of waiting. If the arts sector wants to be publicly funded, surely it must reflect the public it serves, at all levels. Should our arts councils adopt much clearer, mandatory requirements around publishing full, accurate sets of data, implementing diversity action plans and offering staff training? Could this provide the impetus for significant systemic change?

Data: Most organisations are too small to file gender pay gap reports. Arts Council England publishes annual aggregated data on diversity, but this allows some national portfolio organisations to hide behind the good results of others. There is no regular research or monitoring of the challenges or barriers faced by women in the workforce. As a result, we don't know the real issues why women fail to progress.

Leadership: If you want more female leaders, you need more diverse boards. We all have unconscious biases, and often these appear in our recruitment choices. Boards play a role in the selection of senior management teams and like all of us trustees are prone to recruit in their likeness. The biggest gender gap often lies at board level.

Wider collective change: There are many excellent initiatives, such as the 50:50 campaign carried out by Equal Representation for Actresses (ERA) and PRS for Music Foundation’s Keychange, but they are often siloed by artform and focus on gender diversity in performance. How can all women in the arts be empowered to seek and demand change, at a time of major collective awareness-raising in society? Change requires a coordinated cross-art approach, which involves men and women working together to solve it.

Process, pay and ping-pong: what the arts can learn from corporate business
Taking inspiration from sport