Save our music libraries

Local authority cuts mean that some libraries are no longer lending music scores to amateur groups. Barbara Eifler explains why she is campaigning to restore this valuable service. 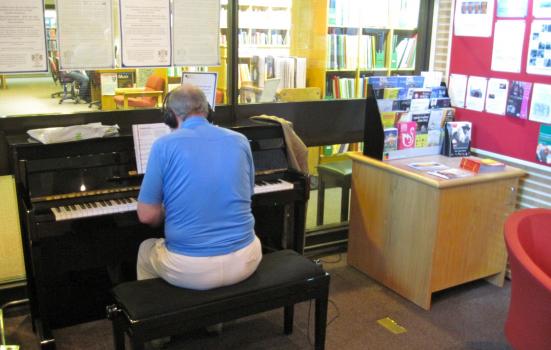 A lot of libraries do not just loan books but also lend sets of music scores used by amateur music groups for their events. My organisation Making Music supports over 3,000 such music groups in the UK, comprising around 170,000 individual amateur musicians, putting on roughly 12,000 concerts a year between them. These groups often need large numbers of scores – the average number of members per group is 56, but many amateur orchestras or choirs have over 100 members. They source 45% of their scores from their music library run by their local authority, which may charge for these loans. These charges, however, are generally moderate compared to the alternative, namely buying or hiring from music publishers, which is frequently financially out of the reach for these groups.

So local authority music libraries are crucial, making a vast repertoire accessible locally via the inter-library loans system, and keeping this repertoire affordable. Without them, many groups would wither. With a limited musical programme, they would quickly start losing members as well as audiences. Nobody wants to sing, play or listen to the same music again and again.

there are an estimated 700,000 amateur musicians and voters who depend for their enjoyment, wellbeing, health even, on the existence of music library services

These are good arguments, although ones that most local authorities simply do not know. Their heads of libraries may be experienced librarians or experienced local authority community service managers, but are they even aware of the quite distinct importance of their vocal and orchestral score sets to their local communities? Where they are and when savings have to be made, there is proper consultation and impact assessment, as in the case of the award-winning Somerset Performing Arts Library, one of the biggest in the UK. However, in many instances, library reorganisations do not take into account the needs of music groups, as in Buckinghamshire, where no consultation took place prior to the recent removal of the inter-library loans facility for music library users.

Making Music represents a significant number of users of these services, so we are getting involved, but not necessarily to wave placards outside town halls. Our members understand the pressures that local authorities are under and it is not usually the library chiefs who set the financial savings targets which have to be achieved. However, we are uniquely placed to help local authority officers find ways in which to make their music library service more financially sustainable, while maintaining the essential parts of such a service for their music groups, which contribute so significantly to the community and wellbeing agendas in their locality.

Over the last six months, we have collated potential solutions to many of the issues heads of libraries face. Rather than trying to stop change, we are offering our services as facilitators to local authorities to shape that change, and are generally welcomed. This is a campaign designed from the bottom up: we started in one local authority and are now in conversation with five, gradually building a case to be made on the national stage. In this election year, we need to ensure all politicians, local or in Westminster, know that there are an estimated 700,000 amateur musicians and voters who depend for their enjoyment, wellbeing, health even, on the existence of music library services. These services cost very little compared to the savings they are estimated to make in health and social service costs by improving a number of medical conditions, combating isolation, loneliness and mental health issues, and facilitating strong communities.