Yvette Vaughan Jones looks towards a Creative Europe 2014 – and beyond 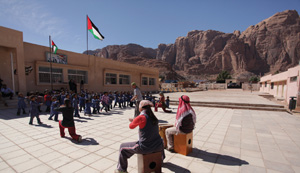 Creative Europe, the proposed new European Union programme for the cultural sector, which will run from 1 January 2014 to 31 December 2020, will lead to some significant changes in the European funding landscape. Gone is the focus on European integration and citizenship, intercultural dialogue and the creation of new works. In its place comes a focus on economic growth, jobs and skills development to create new sustainable business models. Significantly, there is an acknowledgement of the greater convergence of media, a new emphasis on audience development, a strong focus on the digital ‘shift’ and changes in how art is made, disseminated, distributed, accessed, consumed and monetised. There is also a proposed new ‘financial instrument’ – a loan scheme to stimulate banks to lend to small cultural businesses – and a focus on data collection.

There are no real surprises here, as the new programme needs to address the objectives of the Europe 2020 strategy, the policy framework for the next seven years. The general objectives are about fostering the safeguarding and promotion of cultural and linguistic diversity (this has to be one of the objectives, as it comes from the ‘legal basis’ of the Treaty that brought culture into the policy framework of the EU); and strengthening the competitiveness of the cultural and creative sectors with a view to promoting sustainable and inclusive growth. The specific objectives are to support the capacity of the European Creative and Cultural Sectors to operate transnationally; promote the circulation of cultural and creative works to reach new audiences in Europe and beyond; strengthen the financial capacity of the sector’s organisations, especially small businesses; and support transnational policy co-operation, sharing learning and best practice across Europe.

There is much in the new programme that plays directly into the skills base in the UK. We have been working on new business models for some time and audience development has been a major part of that. Similarly, the digital shift has been something that UK artists have been embracing but there is equally very exciting work and approaches across Europe. Perhaps the slight advantage in the UK is that policy-makers and funders have been focusing on the digital shift and artists are more skilled in making applications as a result.

So the UK could achieve more through the new programme approach in terms of being ahead of the field in at least some of the new priority areas, and there is certainly a good deal of experience in the UK sector of making applications for funding based on a wider range of interests. It is true, too, that the sector would benefit enormously from the interaction with European counterparts who are creating exciting work through very different approaches, and that this transnational, complex collaboration gives organisations invaluable experience that can translate into working further afield and, hopefully, encourage them to increase their exports and overseas touring as one of the strategies to diversify income streams.

But the programme isn’t agreed yet and the process is that every Minister of Culture in every Member State will discuss it. The UK government is not alone in taking a hard line on the budget and will not agree to any overall increase. At the recent House of Lords select committee hearing, Ed Vaizey, the Minister responsible, gave evidence where he showed scepticism about the future programme. The official position was that they “would not support an increase in the budget and that they are not supportive of the financial instrument”. A week later, I gave evidence alongside the Director of the MEDIA desk, Agnieszka Moody and Ann Branch, the Head of Culture at the European Commission. The subsequent letter from the committee showed strong support for the programme in acknowledgement of the economic impacts and job creation.

In general, the changes offer a greater focus and clarity – while some may bemoan the lack of explicit criteria for the creation of work, most in the culture sector in the UK are familiar and comfortable with making arguments for work on economic grounds. Whatever the final shape of the programme, there will be opportunities for the sector and great advantages to those that get involved in these partnerships. The advice to the sector is as always, start early, get to know your partners, create projects that are genuinely European in nature and not just about touring work. It will also be useful now to start to amass data that will be relevant to the Creative Europe programme from 2014 – for example, what the predicted economic benefits are likely to be; how many jobs will be maintained or created; how the project can become sustainable, what the value to the sector is in terms of capacity building.

Our recent research on UK beneficiaries of the Culture programme shows that it is the experience of working transnationally, the inspiration from artists and the confidence and skills develeoped that are the real pay-off. So let’s hope the new programme brings more and better applications and more successes for the sector.