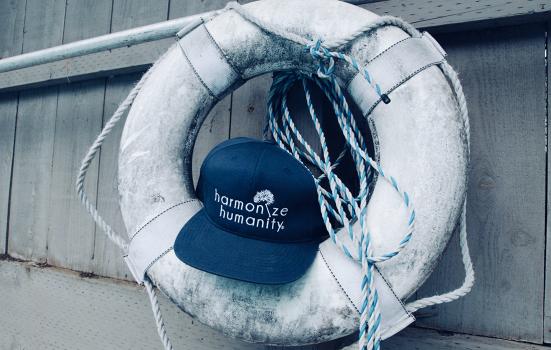 Since the lockdown took hold we have seen extraordinary community mobilisation; a communal affirmation for and explosion of music, art, poetry, storytelling; and phenomenal collaborations. Our public services have demonstrated their value and ability to flex, and there has been an explosive acceleration in the use of digital technology. The air is cleaner and local is more valued.

But Covid-19 has also exposed existing inequalities in our society vividly and urgently, and it has created new ones. The impact has not been the same for everyone. Education has been suspended for young people. Their employment options look bleaker now than they did a few months ago, and the attainment gap between those economically better off and their less well-off peers will grow. The systemic link between health and poverty cannot be ignored, nor can the under-investment in the care of older people. The intersections between gender, race and disability that exacerbate injustice are clearer too.

And for the cultural sector, it has highlighted the fragility of our business (and in some cases, governance) models; the high fixed costs borne by larger revenue-dependent institutions, and the vulnerabilities of livelihoods for the many freelancers that underpin them. The inequalities in ‘who’ accesses arts and culture and ‘why’ it’s funded are matched by the inequalities of who makes it and gets paid for it.

It has been heartbreaking to see performers denied an audience and artists without a viewing public. Producers have been ‘unproducing’ the work they have spent many hours creating, in what must be the most dispiriting time many have ever seen. The instinct to fundraise for the now, to maintain the status quo, is understandable, but the logic is wrong. The organisations that survive will be the ones that are questioning what’s gone before and are using this moment to change.

There is talk of a new post-Covid settlement, and I want that to be true. We know what doesn’t work; we have all lived it viscerally now. There is an opportunity, as we emerge, to create a shared mandate for change and a commitment to raise the living standards of all citizens by investing in social infrastructure and public services. And for the arts and culture to be central to a collective understanding of societal and individual wellbeing.

The alternative is too grim. A purported ignorance of the link between the planet’s health and our own, an unchallenged descent into an even more divisive austerity than in 2008, a subsequent rise in populism because people feel even more alienated and unseen, and an othering for people “not like us” as we scrabble for limited resources.

So, artists and arts organisations face a choice about where they stand and what they are ultimately for. If they don’t engage with the re-imaging of the future, see themselves as competitors rather than partners and make a case for funding based on entitlement, we will be hard pushed to recover.

As Andrew Missingham of B+A identified in a recent blog, the organisations with the best chances of thriving will be the ones that not only can adapt, but also the ones that act and change right now, that bring a growth mindset to bear in the middle of the deepest uncertainty. Their reflex is already to their neighbourhoods, who know their audiences, whose vision for the world is clear and whose approach to it is embedded across everything they produce and not just in their education or community engagement teams. They will be asking how is our work relevant now? Why does it matter? Should we be addressing emerging needs differently and what might we need to stop?

The same cultural organisations will be guarding against retreating, asking what do we want to hold onto? What innovations are creating a glimmer of light? Do we need all that space? Can we actually become a more inclusive organisation as a result of a shift online? What partners should we continue to work with? How can a focus on local be better for our audiences and square, at last, our commitment to a carbon neutral future?

A challenge to funders

For funders, there are lessons to learn too. At Paul Hamlyn Foundation (PHF), we flexed our reporting requirements and funding conditions quickly, proving we can turn the tide if we want to. Jess Thom has made a plea to continue with the current simplicity she finds in communications and application forms. We and others shouldn’t retreat from that either. 350 have signed the funders’ pledge, stating that we stand with the voluntary sector and are listening, so let’s make sure we build on that and hold each other to account, not just in an emergency, but for the future.

We have been offering longer-term and core funding for some time, and support for individuals. These approaches have become so much more significant through the crisis. Thought now needs to be given to how we might respond to a recovery phase. Is it time to fund much more on trust and outcomes, and step away from project funds at this point? It’s been critical that additional resources are being released into the system – Esmee Fairbairn Foundation gave 6 months’ extra funding to two thirds of their portfolio, for example, and we’ve made £20m available, including over 100 grants of £10k grants to all the artists who were nominated for our annual Awards for Artists this year.

But, as a recent IVAR report noted, we need to understand the importance of joined-up thinking between emergency funding and other funding streams. The unforeseen consequence otherwise is a damaging hiatus. A consortium of trusts and foundations is using this moment to create a much better, data rich picture of the arts funding ecology, to see how we might work more effectively and be more transparent about where our support goes and to whom.

In all of this, the focus has to be firmly on the people we all serve – our audiences, our artists, our staff. This is not an instrumental argument, which makes the arts subservient to other social agendas, nor is it one that only ascribes value to the those who create. Rather it points to the truism (that we have all discovered in the last few months) that economics cannot be the only driver in constructing a new vision.

Artists give expression and meaning to the world around us and the role of funders is to support them in what they do best: sometimes the arts are the only things that can reach people, that can provide comfort or generate the visceral, raw emotions needed for social change. For PHF, access to the arts is a social justice issue. For other funders it will be framed differently, but they too will surely want to see that connection to a changed world and public very evident. The balance of power needs to shift.

We need cultural leaders to help us now. Diverse leaders with agile and creative thoughts about how to build on the change we are seeing. Leaders who can draw, once again, on their own experience as a strength and get motivated by the new models and opportunities that are emerging and aren’t in stasis waiting for a return to what worked previously.

I am seeing acts of great generosity from many in the cultural sector. They are stepping up to sustain paid opportunities for artists, to offering their assets to support other cultural organisations and working side by side with the wider voluntary sector, using their resources and networks to connect to isolated and bewildered people. They are modelling the values and behaviours that we will want to back and build on – a collegiate sector, with a shared vision, who stand in solidarity with each other and the people they serve, intent on building a better world.

Moira Sinclair is Chief Executive of the Paul Hamlyn Foundation and Chair of East London Dance and of Clore Leadership.

Time to choose
Investing in resilience