Damning research has woken Australia up to the situation for indigenous artists in the country. It’s time for their voices to be heard, says Jacob Boehme. 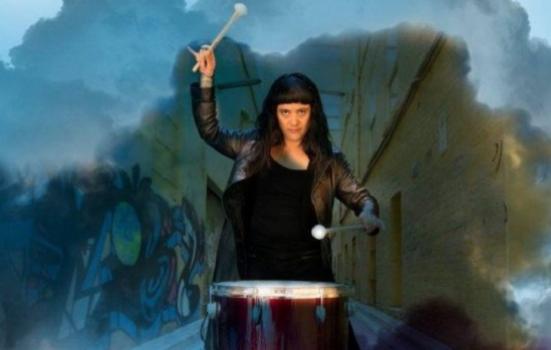 In September last year the Australia Council for the Arts released damning research into the situation for indigenous artists in the country. The publication Showcasing Creativity: Programming and Presenting First Nations Performing Arts revealed that First Nations performing arts made up only 2% of the 6,000 works programmed in 2015. Just as shockingly, half of Australian presenters are not programming any First Nations work at all.

I am an artist and collaborator of the Narangga and Kaurna nations of South Australia, with over 20 years’ experience working across dance, theatre and community-engaged participatory arts practice.

As a curator or presenter, this requires courage, hope and a fearless embracing of risk because it makes anything possible, and allows any voice to be heard

Currently, programming decisions for major arts venues and festivals throughout Melbourne and the wider State of Victoria are made by non-indigenous administrators, with limited networks or knowledge of the indigenous arts sector, or of the complexities of contemporary Aboriginal (and urban) cultures.

The lack of indigenous leadership in the sector is not just a consideration from the point of view of representation. It also means that the content and ‘acceptable’ narratives for indigenous creative expression on Australian main stages (assuming that they get to presentation) are shaped by other, more dominant narratives.

This is the heart of the issue for me. The arts have a vital civic role to play, and from an indigenous perspective they have an essential cultural responsibility. It is often through the arts that communities can articulate their voice and engage with the world they live in. Arguably, this is most important for the many communities whose rights and civic engagement have historically been bypassed, and where the need is even greater to find a means for expression.

I sit on the international reference group of an inquiry into the civic role of the arts, led by Calouste Gulbenkian Foundation (UK branch). It is looking at how arts organisations engage with this civic function and what it means to our communities.

Armed, as I was then, with data and a desire for a different panorama for indigenous artists, the opportunity to take on the role of Creative Director at the YIRRAMBOI First Nations Arts Festival just over a year ago presented me with an equal measure of excitement and terror.

I was charged with raising the profile of indigenous arts and culture, inspiring participation, challenging perceptions and developing the next generation of indigenous arts practitioners. It is this focus that makes it so much more than just a role – it is a responsibility.

To play a role, with contractual obligations and clauses, to me implies that one can hand over, delegate down, or even opt out. A responsibility ups the stakes. It requires of you to hold space and to take action. And indeed, I feel that responsibilities are manifest – not just those of a creative director, but those of an artist and a Narangga/Kaurna man – to my community, my family, my mob, and to the indigenous arts sector, its artists and arts workers.

Allowing voices to be heard

Considering all this, I believe that our responsibility as curators, presenters and programmers of arts venues and festivals is to facilitate space for the individual and collective voice. Indeed, this is the responsibility of all arts organisations – to pave the way for expression and facilitate the civic engagement of new voices.

These may not always be voices we agree with at first. But unless they are given the opportunity to be heard on their own terms, in their own language, form, experimentation or disciplines, we lose the chance to experience those moments when a singular voice becomes the will and the vision of the collective.

In a global environment where particular voices are being limited, banned, walled in or out, it is more important now that those voices be given space to dream and define their own futures. As a curator or presenter, this requires courage, hope and a fearless embracing of risk because it makes anything possible, and allows any voice to be heard.

YIRRAMBOI started as a flickering ember and the dream of one voice, and then a few. And then, by nation and by continent, it became the dream and vision of many, spreading like bushfire. And we, along with many indigenous cultures across the world have been working with fire for over 60,000 years.

Fire is the essential element in land care and cultural practices spanning thousands of generations. Fire is used to eliminate danger, to heal, to encourage new growth and abundance. And when managed with over 60,000 years of knowledge, a controlled burn-off could be exactly what this fragile system needs.

Excellent piece Mr Boehme. Its fascinating how quiet the arts establishment organisations have been about this research. I'd swap all my heritage art subscriptions this year to be in Melbourne for Yirramboi!!