Proper scrutiny in the arts requires a strengthened ombudsman 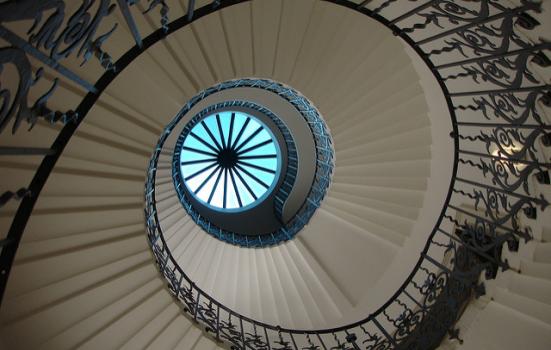 10b travelling via Visualhunt / CC BY-NC-ND

You live near a national museum and visit it so frequently that you decide to volunteer there.

You often post about the museum on social media – anecdotes, photos, ideas. At some point you heavily disagree with something happening at the institution, and post this online too.

A few days later, you’re pulled into a meeting and dismissed from your unpaid role.

You accept this. But you’re frustrated. You’ve done nothing wrong, you think, and you don’t agree to make any changes to your online behaviour.

After a back and forth that somehow stretches into years, involving visits to museum staff, competing versions of events, being barred, unbarred and re-barred from a membership scheme, you end up excluded from the museum site and all future correspondence.

Rightly or wrongly, you consider your treatment to be unjust and wish to challenge it. But after looking, you find there’s no obvious place to raise your concerns. So the dispute sits between you and the museum, unhappily ‘resolved’, for the indefinite future.

This isn’t a hypothetical situation. This is the dispute that has locked Royal Museums Greenwich (RMG) together with Max Holloway, a former volunteer at the museum’s Queen’s House, for the past five years.

RMG maintains that Holloway failed in his obligations to the museum when volunteering, has been abusive towards staff, and following an internal complaints process need only provide the museum with a commitment to “behave reasonably” to end the saga.

Allowing publicly funded institutions to make decisions without being challenged, or forcing people towards the legal system, is not the hallmark of a healthy process

Holloway, on the other hand, maintains he has been unfairly prevented from visiting or volunteering at the Queen’s House, is the victim of “deeply hurtful” accusations, and cannot provide such a commitment without offering something “no law-abiding citizen is required to submit for public membership of any other national museum”.

There’s a lot of history here, but the simple truth is that a failure of process has left two sides confused and stuck. What began with a tweet in 2012 has come to rest, grudgingly, on a site ban.

Whether it’s right or wrong to deny someone entry to a museum following on-site incidents with contradictory interpretations, or to dismiss someone from a voluntary role for a tweet, are important issues. But a bigger issue is whether there is adequate scrutiny over unilateral decisions taken by publicly-funded institutions, and if there is anywhere a member of the public can go to challenge what they consider unjust decision-making.

As it stands, there isn’t. The Museums Association, which produces a ‘Code of Ethics’ for museums, does not arbitrate decisions – the code is not intended as a policing document, and the organisation doesn’t have the capacity to address such problems.

Like other national museums, RMG is funded directly by the DCMS, rather than through Arts Council England (ACE), leaving the national funder unable to pick up such cases. (ACE does have a ‘third party objection procedure’, but there are no details about how this works on its website.)

The DCMS isn’t the right place either: it only investigates instances of malpractice.

Ethical complaints are the domain of the Parliamentary and Health Service Ombudsman. But while the Ombudsman covers national museums, it will currently only hear complaints championed by a local MP – a form of redress that relies on time-strapped public representatives grappling with often intricate cases.

In the end, it seems the only real place to challenge such decisions is through the courts.

Allowing publicly funded institutions to make decisions without being challenged, or forcing people towards the legal system, is not the hallmark of a healthy process. This is why the Parliamentary and Health Service Ombudsman – tasked with assessing complaints where someone believes there has been “injustice or hardship because an organisation has not acted properly or has given a poor service” – must be reformed.

Such reform is plausible: draft legislation, published by the Government in December 2016, set out plans to remove the ‘MP filter’ and make it as “simple as possible for people to pursue a complaint and to achieve rapid and effective redress”.

Redress would still be sought from the organisation in question initially, but the bill recognises this is not always possible. “Those times are when citizens need access to an independent and strong ombudsman who can launch an impartial investigation,” it adds.

It’s unclear whether this draft legislation, championed before the snap general election, remains a priority. It’s also by no means guaranteed that the introduction of such a bill would solve accountability issues at all publicly funded institutions. But Parliament must bring the bill back – otherwise Holloway, and others in a similar position, will remain failed by a system that should be doing its utmost to protect them.

This would be a relatively painless political intervention, and many others in the arts – and beyond – would benefit. The Parliamentary and Health Service Ombudsman covers public bodies including ACE, the Charity Commission, the Student Loans Company, the Crown Estate Office, and every Government department. Much like national museums, these bodies need constant and effective public scrutiny.

It may be that when assessed by the Ombudsman, RMG ‘wins’. It may be that Holloway ‘wins’. But there should at least be the possibility of raising such complaints with an independent third party.

“Other than putting on a sandwich board and walking up and down outside the museum, trying to tell people about it – I don’t know what to do next,” Holloway told AP.

He continued: “There is no mechanism, no forum for me to say to people: this is what happened. If you don’t have a mechanism for looking at both sides of a case, how can you come to a balanced conclusion?” 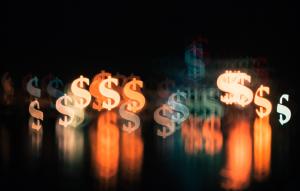