A YouTube network dedicated to the arts, in receipt of significant government funding and aiming to attract not millions but billions of views, just had to be investigated. Christy Romer spoke to Simon Walker of Canvas. 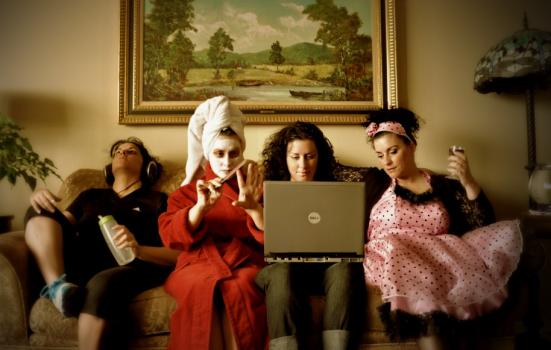 In September last year Arts Council England awarded Canvas (powered by online video distribution company Rightster) £1.8m to deliver a multi-channel network (MCN) for the arts. An MCN is essentially a landing page on YouTube that pulls in and promotes videos from a wide variety of pre-existing YouTube channels.

It’s possible that rehearsals from the Royal Opera House (such as this swordfight rehearsal), uploaded now on its own YouTube page, could be featured on the MCN alongside all sorts of other content such as this film of members of the Light Shining Community Company. Canvas intends to develop a brand for the MCN and use it in a marketing campaign to drive the coveted millennial audience towards all of the content hosted on its page. Therein lies the power of the MCN – every participating organisation would benefit from the aggregated exposure brought about by centralisation.

We’re going to commission some work, but what we’re really interested in is being the people that can take current art and open it up to new audiences

Simon explained why the MCN was necessary: “Let me put it this way, our network ‘Flow’ which showcases Parkour has 3 million subscribers from 200 combined channels. You can say that opera is niche, but it’s nowhere near as niche as Parkour. Don’t you think it’s crazy that the whole of the arts has a tiny fraction of views compared to people jumping on and off buildings?”

It would be hard to disagree. I asked Simon what he’d been doing with the £1.8m grant in order to remedy that situation. The first phase is to build the technological platform for the MCN to function fluidly. “Then”, he said, “we have to create the brand. We have to ask ourselves: what is it that will make interaction soar? We’re not really in the business of making new art. We’re going to commission some work, but what we’re really interested in is being the people that can take current art and open it up to new audiences.”

From there, the plan is to stoke an appetite around the country for this form of digital engagement. The company has been taking part in a series of roadshows, delivering technological workshops to ensure that once the network is fully operational, every single arts organisation – established or emerging – is in a position to take full advantage of the opportunities presented to them. It is equally passionate about the small and the big organisations. “There’s great work at every level, and we just want to get the word out about it all.”

But the idea is not without its detractors. Most theatre companies and venues have their own Facebook pages, Twitter feeds, Flickr streams, YouTube pages – and some of them have attracted a considerable amount of interest. The Royal Opera House has 32 million combined views on YouTube and the National Theatre has 5 million. The problem, however, is that as impressive as these figures are, they’re clearly not enough. Simon continues: “Even 1,000,000 views a month isn’t impressive any more. With Rightster, we’re talking billions of views. That’s a lot of exposure for any organisation, big or small. By aggregating the demand for all of these organisations we can make the industry a big online player.”

On top of a potential lack of pulling power within the sector as a whole, Simon returned to the central concern inspiring the MCN – that young people are simply not engaging with the content put out there by the various arts organisations. “There’s loads of good stuff online, but it’s just not optimised for the younger generation.” And Simon thinks this may well be because there’s no clear influencer speaking to young people: “You know exactly who the fashion bloggers are, or the sports guys, or the games reviewers. If you’re trying to speak to young people in those fields it’s obvious who to approach. But who is the young person talking directly to other young people about the arts? That’s who we need to find, and that’s where the MCN comes in.”

Canvas’ vision is to build an MCN that an arts organisation would have to have serious reason for not being part of. And ultimately, Simon wants the project to be something commercially viable that brings benefits to arts organisations of all sizes within the sector without being reliant upon additional funding.

“At the end of the day,” he says, “we want to showcase the greatest arts community and organisations in the world. And who knows what’s next for online video? Who knows what the next digital revolution will be? This could be the biggest jump since iPlayer, and it could bring amazing arts content to an international audience.”