'The problem is that everybody hates it': insights from qualitative research

An analysis of motivations helped a contemporary music ensemble upend received wisdom about its audiences. Celia Duffy and Charlotte Gilmore explain how. 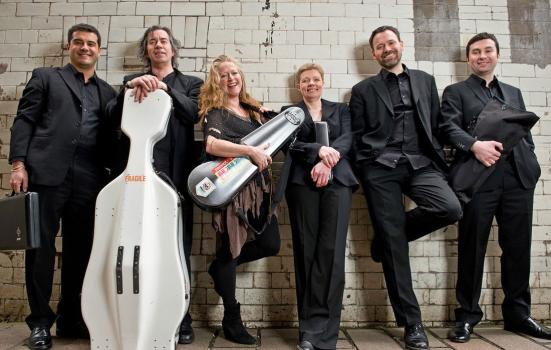 “It really put a bomb under our tail as to how we should think about what we’re doing and we revised our entire business model based on that.”

We developed it by working closely with arts partners. At the start, they were better informed about quantitative research – research that deals with numbers, statistics and measurements, such as clear-cut and useful information from box-office data or audience surveys. But they were much less confident about the uses of qualitative research and how to go about conducting it.

Part of the QUAL resource features the real-life experience of artists and arts professionals from a number of fields, with them talking about the benefits and value of qualitative approaches. They are powerful advocates for qualitative research and how it has helped them approach common problems, such as diversifying their audience or becoming better known and used in their communities. By digging deep and exploring motivations, they now have a better insight into the thoughts and feelings of their audiences, service-users and participants.

The catalyst for the QUAL project was a study for the Red Note Ensemble. Formed in 2009, Red Note has grown year on year into a substantial operation, and as Scotland’s premier new music ensemble it is one of Creative Scotland’s Regularly Funded Organisations.

It has been audience-focused from the beginning and works hard to find ways for under-served audiences to access and engage with new music. So when we (Charlotte) proposed some qualitative research looking at people who did not attend its gigs and events (as well as current attenders), it was a no-brainer for the ensemble's CEO and Co-Artistic Director, John Harris.

John comments: “The motivational aspects of what QUAL gives you helps you to really understand why people do or don’t do things, what choices they’re making, why they make those choices, what drives those choices. It can be quite surprising and revelatory. If we’re going to be absolutely blunt, the problem with contemporary music is that everybody hates it. So why is it that contemporary music gets such a bad rap? I remember asking years ago if there was any way we could find this out. Because this is the holy grail.”

One striking result was a 2015 study that sampled adult non-attenders with a specific focus on a C2DE socio-demographic of varying ethnicities in Aberdeen, Glasgow and Edinburgh. This research, carried out through a series of focus groups (with a follow-up quantitative survey of attenders), indicated that despite some problems, including the venues for classical music and the off-putting label of ‘contemporary classical’, there is among the C2DE socio-demographic a potential and diverse audience for Red Note’s music and performance experiences.

John continues: “That’s the kind of information that demands two things. First of all, it demands a complete rethink of how we go about what we do, where we do it, how we do it, how we present it, who we present it to, all of those things. But it also gives us a vast amount of confidence in the artistic endeavour of it, that actually this has value and people do value it for itself. But it really put a bomb under our tail as to how we should think about what we’re doing and we revised our entire business model based on that.”

Subsequently, Red Note has repeatedly demonstrated a public appetite for contemporary music, including within some of the hardest-to-reach audiences in Scotland. It has dispensed with and thoroughly disproved the commonly received notion that new music audiences must be a sub-set of classical music audiences, and instead it has established ways of engaging directly with multiple diverse audiences.

More often than not, although Red Note tours internationally and does the big gigs in the UK, such as Huddersfield Contemporary Music Festival, it avoids classical music venues in Scotland and finds its audiences instead in shopping centres, aircraft hangars, schools and community centres in places like Easterhouse, Paisley or Methyl.

Our arts partners have described how qualitative research has also informed their strategic development and funding policies. Creative Scotland is funding us to build a repository of arts-related published research that companies can access and use, to be launched this autumn.

We also tried to make sure that the resource was as useable as possible – straightforward, practical and largely avoiding (or at least explaining) research-speak and jargon.

We would like to see the QUAL website become a place where people can share their research experiences and exchange good ideas. And we would really like to see qualitative research recognised as a complement to number-crunching research approaches.

Celia Duffy was Director of Research and Knowledge Exchange at the Royal Conservatoire of Scotland and is now a freelance arts and education consultant. Charlotte Gilmore is a Lecturer and Chancellor’s Fellow in Cultural and Creative Industries at the University of Edinburgh.
www.qual.org.uk

'The problem is that everybody hates it': insights from qualitative research