Making the most of tax relief

Tax relief has enabled many theatre companies to take creative risks and invest more in productions without the fear of financial loss. Margot Madin explains how. 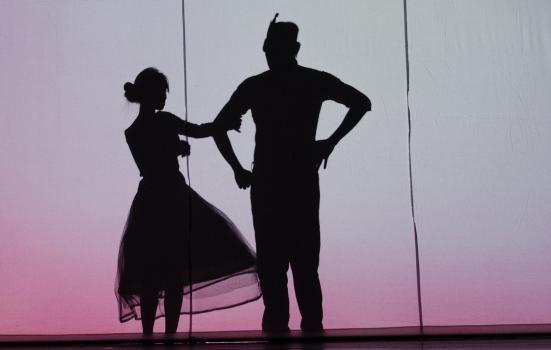 Theatre tax relief has been a real game changer for the industry. It has allowed producing theatres to invest in their performances and generate much needed surpluses that can then be funnelled back into their activities, and ultimately into the communities they serve.

Tax relief offers security for productions which may be running at a loss, and when applied can allow for these losses to be boosted or voided in return for cash tax credit. This means that productions that may seem less commercially viable, such as those that address topics of value to the local community, can be delivered regardless of their profitability.

It offers security for productions which may be running at a loss, and when applied can allow for these losses to be boosted or voided in return for cash tax credit

The seven creative corporation tax reliefs apply to film, animation, high-end television, children’s television, video games, orchestra and theatres. All of these tax reliefs have been designed to support organisations of cultural value, with many of these services acting as community hubs or educational resources.

Since they were first put into place, they have enabled creative sectors to maintain growth in a time of post-Brexit vote uncertainty. In fact, the UK creative sector has profited from a 27% increase in tax relief payments from £519m in 2015/16 to £661m in 2016/17, with an added £51m from theatre and children’s television tax relief, bringing 2017’s record total to £712m (read the report here).

The most important element of this relief is how it has liberated theatres to produce larger-than-life performances, filled with creative concepts, allowing them to put more investment into staff and productions.

An example of this is Nottingham Playhouse that supports local people through schemes such as ‘Pay What You Can’ performances and its 50:50 campaign, where tickets are donated to charities and groups in Nottingham.

Stephanie Sirr, its Chief Executive, claims that theatre tax credits underpin its work: “Theatre tax relief has really transformed how we approach new performances. It has enabled us to take more risk with larger cast sizes and to create more new productions.

“It is easy for theatre boards to be averse to risk, especially when there are tight financial margins at play and theatre tax relief mitigates risk. Ultimately, these schemes are a huge investment in the creative process, allowing us to avoid putting all of our metaphorical eggs in one basket financially and in turn, we are able to be bolder in our decisions.”

Remarkably, many producing theatre managers are still unaware of this relief, with Executive Director of Lichfield Garrick, Karen Foster, adding: “Surprisingly, I still come across producing theatre managers and theatre companies who do not know that they are eligible for theatre tax relief. This is really disheartening, as I know personally how important it is for theatres to be thrifty when it comes to funding and grants to support their work.

“Our own theatre is supported by a patchwork of funding, which theatre tax relief definitely forms part of. This funding offers real assurance for us, as it enables us to continue producing and performing our community musical The Dreaming, which cast 70 local actors from Lichfield and the surrounding regions.

“Ambitious and quality performances are really important to us, and while funding isn’t paramount to creativity, it helps us feel supported when taking on a new concept and forming it from script to stage.”

Funding options for all

I urge potential claimants to find out about theatre tax relief, and put into place the necessary mechanisms needed to secure this extra support. A popular area of growth is immersive theatre, with relaxed performances, sing-a-long and other direct audience participation becoming more and more common. These new types of drama are equally entitled to funding streams and reliefs.

It is therefore important for organisations to look into funding options, such as theatre tax relief, as this could help them create an even more immersive offering, which is boosted through relief alongside ticket sales.

Margot Madin is a Partner at UHY Hacker Young.
www.uhy-uk.com/nottingham

Making the most of tax relief