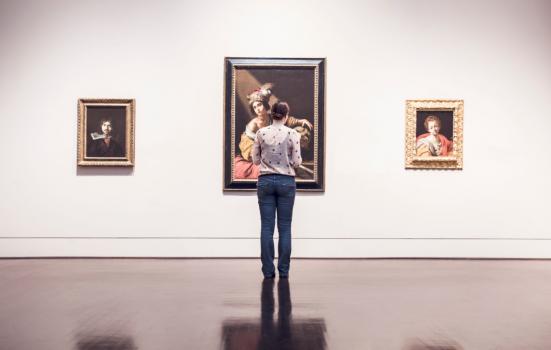 In the last decade, 44 English local authorities cut spending on museums by over 50%
Photo:

The publication of Let’s Create was an important moment for a development agency that’s been criticised for distributing the lion’s share of its funds to forms of culture that attract audiences from a middle-class background and to organisations with a workforce far from representative of the general population.

In an article I wrote last year on the impact of austerity on local government cultural provision, I considered how ACE’s vision for a cultural sector reflecting England’s diversity was complicated by the realities facing local authorities and the organisations they support.

My research has since progressed to include analysis of spending and income data to build a picture of how funding for culture has changed at the local level between 2009/10 – 2018/19. This analysis doesn’t cover the pandemic, which the IFS estimates to equate to spending pressures of £4.4 billion and non-tax income pressures of £2.8 billion in 2020-21, a scenario which may mean services that have survived austerity so far will become vulnerable to cuts.

A comprehensive overview of spending and income patterns wasn’t publicly available when Let’s Create was published, but these new data on the financial circumstances of local government raise questions for ACE’s vision and plans. And while the strategy has since been supplemented by delivery plans, equality objectives, actions and area plans, it is not clear what their specific intended outcomes are.

Emerging insights from the research

Looking at the data, what’s most striking is the variation in spending cuts. While most areas have reduced spending on Culture and Heritage, the cuts range from 1% to 94% over the period, with a small minority increasing spend.

There’s a welcome emphasis on place-based approaches, defined by ACE as ‘working differently in different geographic areas’ in the latest delivery plan, alongside a commitment to supporting the government’s levelling up agenda, albeit one that has been called out for misdiagnosing the causes of inequalities.

Will ACE address the huge disparities in local government spending on culture by investing in areas where councils have cut provision? Or will it continue to focus investment in areas where there is already a strong cultural infrastructure? There are gestures towards the former with the announcement of priority places, and yet recent analysis of the distribution of Cultural Recovery Fund suggests a continuation of the status quo.

And how ACE identifies priority places will be worth watching. Will it be on the basis of Taking Part data, indicating a focus on cultural engagement levels as defined by policymakers? Or will we see attention paid to the relationship between engagement and supply of cultural infrastructure and opportunities locally?

Considering the extent of cuts in certain areas, it’s troubling to see a continued focus on efficiency. There are 12 areas where spending dropped by over 75%. 44 out of 152 local authorities in England have cut spending on museums by over 50%. It’s difficult to see how further savings could be identified by these councils without severely impacting service quality.

The clearest trend to emerge from the spending data is that the majority of local authorities have made drastic cuts to Arts Development and Support, the category covering grants to local arts organisations and the salaries of arts officers. Spending in this area shrank from £182.7m in 2009/10 to £110.4m in 2018/19. Despite prior spending in this area, twenty local authorities cut spending entirely during this period.

That councils appear to have little choice but to make drastic cuts in this area has significant implications for policymakers. Although it is often overlooked, local authorities are important partners for local amateur, voluntary and community organisations who provide diverse opportunities for cultural engagement locally.

Not only do councils provide funding for these organisations, many of the organisations operate from buildings owned by local authorities, often at a reduced rent. Arts officers often play important developmental roles in the cultural life of a place, supporting small-scale arts organisations through training and, more importantly, by acting as a convenor to encourage organisations to work together.

So small-scale organisations stand to be hit thrice by austerity: losing affordable space as councils are forced to maximise income; losing grants to support their work; and losing important allies in arts officers.

Let’s Create explicitly commits ACE to ‘champion a wider range of culture than we have before, including in the amateur, voluntary and commercial sectors’, yet such widespread reductions in support for arts development are worrying for these parts of the cultural sector.

There is also a focus – across the strategy, the delivery plans and themes – on the development of partnerships, within the cultural sector and beyond, particularly to drive the development of social prescribing as a new income stream for cultural organisations.

Anyone who works in the sector will appreciate the importance of relationships, and the time it takes to nurture them, for successful partnership working. With diminished capacity within local authorities to play this convening role, and to support the development of funding applications, future programmes will need to address issues of uneven capacity, particularly where this has been withdrawn entirely.

Income has not materialised

Also notable in the data is a drop in income levels. Local authorities can earn income from admission charges, school visits, ticket sales, commercial sponsorship and partnerships, retail, catering, venue hire and potentially from commissioning for social or wellbeing programmes by the council or the NHS. However, when we look at the data, it is clear that these income streams are yet to materialise.

The figures on income in the Culture and Heritage category, which covers archives, arts development and support, heritage, museums and galleries and theatres and public entertainment, show a 2% drop in income between 2009/10 and 2018/19.

Looking at museums and galleries, income per person has fallen from £1.53 to £1.20 in the same period. While the data don’t capture the experience of trusts, there is a clear need for investment in programmes and policy which address issues of low income. ACE talks about entrepreneurialism, new services and products and new business models, but these figures make it difficult to see what this looks like in practice.

Ultimately, it’s central government, not ACE, which is responsible for the overall financial framework in which organisations managed by local authorities operate. So we should be wary of looking to ACE to provide all the answers to the inequities and inequalities facing the sector. But councils are an important part of local cultural ecosystems, remaining substantial investors in cultural provision, which crosses museums, libraries, theatres, archives, arts development and heritage, even after more than a decade of austerity.

If ACE wants to realise its vision that ‘by 2030 we want England to be a country in which the creativity of each of us is valued and given the chance to flourish, and where every one of us has access to a remarkable range of high-quality cultural experiences’ then it must not only understand the support needs of the field, but respond to them in terms of the decisions it makes, and the programmes offered.

Bethany Rex is a Leverhulme Early Career Fellow in the Centre for Cultural and Media Policy Studies at the University of Warwick.

This article is based on original research published in the journal Cultural Trends.

Such a clear piece - so timely, so well argued.