Engaging with the big society 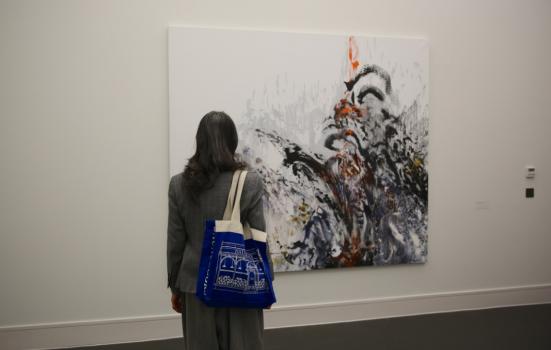 My experience working in the arts since the late 1980s is that the subject of participation and engagement has always been on the agenda. But despite mounting evidence that arts audiences lack diversity, in terms of age, social or ethnic background, and that the social benefits of the arts are more easily attributed to participatory practice, funding overwhelmingly continues to favour attendance over participation – professional production over amateur.

Across other areas of public policy the ‘choice and voice agenda’ has led to an increase in participatory decision-making processes, where the public are engaged in a dialogue about what public services they would like to see funded and how they should be delivered. But the arts sector has been accused of being slow adopters of such practices, continuing with the paternalistic assumption that the arts on offer are worth engaging with and the ‘participation problem’ is due to a failure on the part of the public in appreciating what is on offer to them. My own research over the last five years has therefore examined the levers and barriers to participatory decision-making in the arts.

What I have experienced is widespread resistance to the idea of extending such practices into the management of the arts, let alone the distribution of funding. The most common concerns revolve around the role of the expert in the arts and assumptions about a risk-averse public with conservative tastes.

Many practitioners who have no experience of participatory processes argue that involving the public in programming or funding decisions would lead to safe or mediocre art. In the words of one curator I spoke to: “I was appointed because I am an expert. If I was told to ask the public what they thought I would resign instantly.” Similarly a member of staff from Arts Council England argued that “if we left the public to decide, all we would ever see created would be bronze statues”. However, artists who have engaged in participatory decision-making commonly challenge such perceptions, arguing that such engagement allows them to be more creative as artists and take more risks. Many argue that far from the public being risk-averse it is often the arts institutions that are. This claim is supported by repeated commentary in the media about the increasingly conservative programming of many arts and cultural venues.

But there are also a growing number of examples in regularly funded galleries and theatres, where the public have successfully been involved in the co-curation of exhibitions or seasons of work, not only bringing in new audiences but also challenging thinking about wider artistic practice. Far from being risk-averse, often “the most unusual and radical of those solutions was the one that was successful” when the public were involved in discussions.

At a time when the arts sector is increasingly debating how to make the case for public funding, it is interesting to note that such conversations rarely invite the public in. When they do it is normally with the existing regular audience, who the Taking Part survey showed only make up 9% of the population. So just imagine if the arts was able to talk to and garner support from the remaining 91%. But many of the arts professionals I have interviewed are defensive about the prospects for the arts in such a debate and convinced that the public would not support us if made to compete against other public services. But evidence both from my own research and other research findings suggests otherwise.

There are many examples, within a local authority context, to suggest that the arts have fared well in experiments in participatory budgeting, which involved the public in decisions on where they wanted their money spent. There is conversely no evidence to suggest that in local authorities where the arts have been worst hit by recent cuts, that this has been related to public involvement or consultation. However such engagement must be long term and based on discussion – not an X Factor-style popularity contest or the Coalition’s budget simulators where there is a vote with no debate.

It is self-evident that if you ask the public if they want to pay for a hospital or an arts centre, or ask them to programme from a list of productions on offer, the choices will be conservative. But if you ask them what kind of society they want to live in and what they want to get out of an arts experience, the answers are much more interesting. Both the audience and the arts can learn and be richer from the experience.

No one I have spoken to is asking for the individual artist to create by committee, but in the words of one person: “It is OK for individual artists to be insular but not for organisations… the bigger the organisation, the bigger the responsibility to engage.” I would argue that the challenge for the arts therefore, if we truly want to make the case that culture is at the heart of our society, is not to be afraid to engage the public. This may challenge the way our arts are currently run, with artistic directors and curators determining what is offered for public viewing. But perhaps it is just such a challenge that is needed if we want our arts institutions to be the dynamic and creative centres that we claim they are.

The Warwick Commission’s report highlighted the vast appetite for participation in creative and cultural experiences and noted a “mismatch between the public’s taste and the publicly funded cultural offer”. Conversations across the sector are reframing questions about diversity in terms of equality of opportunity and asking how different voices can be heard within the decision-making processes that drive curation and programming. This paper adds a timely new dimension to those discussions.

This article is a summary of research prepared for CultureCase, a new resource from King’s College London to provide the sector with access to academic standard research. A copy of the full academic article is available.

We've found that getting audience input for the devising process for our STORYLINES project has pushed our work in directions we wouldn't have chosen, and it's been the better for it. These are generally not arts attending audiences and they have pushed us to explore subjects and themes that are definitely not bland and conservative.