The decision of UK citizens – to stay or leave the EU – will affect the cultural life of future generations all across the continent. So how do European citizens hope they will vote? Katherine Heid shares her perspective. 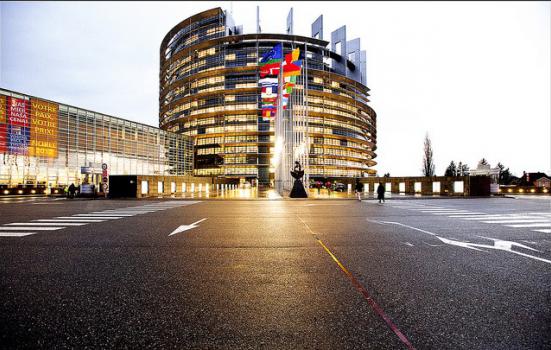 Soon UK citizens will vote to stay in or leave the EU. They will be responsible for the wellbeing of future generations, and for all the other European citizens who stand beside them in the European project. In this sense, it is a truly European election and the voting decisions should not be taken lightly. Self-interested rhetoric and misinformation must be countered by factual information and by promoting hope and confidence.

While the argument for union resonates with the generation that remembers the horrors of war, let us set that aside for a while and concentrate instead on the links between the UK’s arts and culture sector and that of the other member states, and the possible consequences of Britain deciding to leave the EU.

Artistic life throughout Europe is formed and enriched by our cultural diversity and the many links between us. Recreating barriers, which curb the mobility of artists, limit immigration and introduce visa requirements, would all pose a gigantic challenge to a thriving arts and culture scene.

The EU Creative Europe programme (with a budget: of £1.07bn for 2014/20) supports the arts in Britain. In 2015 the culture sub-programme supported 145 projects, 54 of which involved UK organisations. They ranged from Urban Heat (£720,000) by the London Festival of Theatre, collaborating with partners throughout Europe, to Actiondog’s Rejuvenate European Design, a £123,000 project collaborating with Spanish, Czech and Slovakian partners. The MEDIA sub-programme supported 53 co-productions in 2015 alone.

Significantly, arts and cultural initiatives also receive support from other much larger European funding programmes. ERASMUS+ (€10.79bn for 2014/20) allows for student exchanges, training, volunteer and staff mobility, joint degree and masters guarantee schemes and alliances between research institutions. HORIZON2020, with a budget of nearly £60bn for 2014/20, includes programmes such as ‘Starts’ to foster joint arts and research communities. The UK receives about 25% of all European Research Council grants. Switzerland lost all access to this funding following its 2014 restrictions on EU-citizen mobility. The results are devastating for arts professionals, who report not only the immediate end of co-productions, such as in MEDIA film programmes, but also a lack of exchange and isolation. It is a situation that is suffocating artistic creation. Alternative funding mechanisms necessarily reflect the politically conservative government perspectives. Norway, the other country Brexit supporters are eyeing, pays contributions to, and still benefits from, all those schemes but lacks any say in their development, budget, aims and objectives. That’s not a satisfactory situation for creative thinkers wishing to contribute to shaping their societies.

Last but certainly not least, 1.5 to 2% of the £258bn (2014/20) European Structural and Investment Funds (ESF), only available to EU members, will go to the cultural sector. For example, in 2007 to 2013, £2.35bn went to heritage, £1.62bn to cultural infrastructure and £406m to cultural services. During 2014 to 2020, the ESF and the European Regional Development Fund are investing around £8.66bn across the UK. These funds are a lifeline for culture and the arts in disadvantaged areas.

The holes ripped in the European cultural landscape by a British exit would soon be apparent. The British cultural scene is much valued for its creativity and innovation, and its hands-on approach to impact assessment. English is currently the means of communication chosen in many European exchanges. UK history, reflected in its multi-cultural approach, creates parallels with EU countries such as Spain, Portugal, the Netherlands and France.

A union of values

But frankly, these arguments, while strong, fall short. The EU is a union of people, ideas, exchange and a shared heritage. It’s a union of peace, ensuring the longest period without armed conflict between member states in history. It’s a union of hope, giving a strong role for its member states in a globalised world. It is a union of values, defending human rights on its territory and beyond. But only if it is a union of solidarity, in a balanced, stable environment can the EU sustain a prosperous and peaceful society. This is critical, and European politicians and civil society report a growing exasperation with UK positions which seek to “take the best and leave the rest”, negating the principle of solidarity.

Certainly, recent events have revealed a growing malaise within the member states and among its people. Differences in political approaches and values are becoming apparent, creating schisms between east and west, north and south. Euro-sceptic parties are gaining momentum, attacking the EU and often blaming it for their own national political failings. Other regions and countries are using Britain’s referendum as ammunition in pushing their own opt-out agendas.

It is essential for UK citizens to realise that they are not alone in their critical view of the EU. The EU’s functioning is criticised throughout Europe, which is a fruitful process in all democratic structures. Democratic decision-making processes may seem slow, but reflect the interests of all citizens in the best possible way. It is always better to have a say in changes to be made and decisions to be taken. Positive change can only be made from within.

Cultural life reflects political culture. While the EU stands for solidarity, diversity and openness, a vote against remaining in the EU would lead to a more isolated, nationalistic approach towards cultural policy and cultural life – a great pity for the UK’s arts scene, as well as for all of Europe and the world. The arts and culture sector should not remain silent on Europe. It must use its strength to convey messages that can hardly be gripped in words alone – messages that speak of common needs, hopes and aspirations.

The UK and the EU are stronger together and drive positive change on a national, European and global level. By standing together we can show the world, and future generations, that unity is powerful and can overcome fear and reclusion, creating a European Union we can all be proud of.

Nothing to fear from leaving
Stronger in Europe