Arts in the UK are stronger and better off thanks to EU membership. As the referendum approaches, Lucy Thomas calls for the sector to speak up. 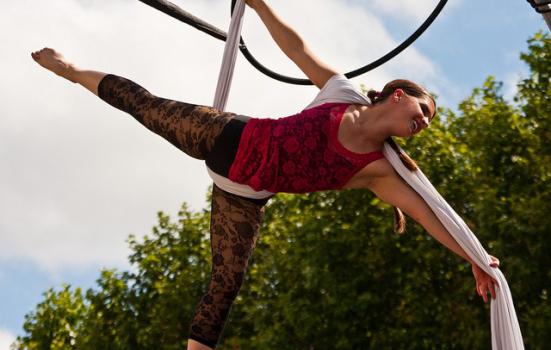 For most people the Europe issue is not something that takes up much time in the day. The vote seems a long way off and the EU doesn’t feel like something that has a major impact on everyday life. But when you consider the benefits of lower prices, more jobs and increased trade we get from being part of Europe, you see just what is at stake.

Our economy is stronger and better off in Europe – and that includes Britain’s arts sector. Being in the European market opens up opportunities for our creative industries, while EU funding nourishes and protects innovation in this country. And these benefits are only likely to increase in future.

A market for export

While the EU is not perfect, these small irritations are not a reason to throw away 40 years’ membership of the largest market in the world

The vibrancy of our arts sector is one of Britain’s great qualities. We are a cultural superpower, home to world-beating artists, musicians, film makers and theatrical impresarios. We are the second-largest exporter of television in the world, worth £1.2bn in 2012. Britain is home to the second-largest design sector on the planet, worth £131m in exports in 2011. All told, at least 1.6 million people in our country are employed in the creative sector, pumping out £71.4bn in gross value added.

This is first and foremost the result of the talent and drive of so many people in our arts sector, but there is no doubt that our EU membership has been a contributing factor. The EU is Britain’s second-largest export market for music. The Creative Europe programme has boosted exports by spending £39m on promoting British films to the rest of Europe.

The benefit of funding

Funding from the EU drives production as well as exports. Creative Europe gave £37m to UK companies between 2007 and 2012. Britain does well out of such funding – in 2012 we had a success rate for applications to EU money of 46%, second only to Germany. Forget the myth that the EU costs Britain the earth. In the creative industries, we benefit hugely from being in – and would lose from being out.

The EU’s size means that when it focuses on a particular region of the UK it can deliver enormous benefits. For example, when Liverpool was designated European Capital of Culture in 2008, it enjoyed regeneration, a boost in tourism and an enhanced reputation nationally and globally. A report concluded that tourism in Liverpool increased by a third, and overall the city enjoyed over £750m in economic benefits. The UK will host another capital of culture in 2023 – but not if we vote to leave in 2016.

The argument for remaining in Europe is about our future, not just our present. And if we stay in, the creative industries can look forward with confidence. This year, the EU’s £93m Cultural and Creative Sectors Guarantee Fund is set to launch. It will allow Creative Europe to underwrite bank loans to creative businesses.

Our arts exports are set to increase to £31bn by 2020. The number of creative businesses in this country, the number that will export, and our share of foreign direct investment are all set to rise. Why would we jeopardise this by cutting ourselves off from a key market and a key source of funding? This is a particular concern given how confused the Leave campaigners are about what the alternative to EU membership is. They have bandied around a list of countries as models such as Norway, Switzerland, Iceland and Canada. They do not know whether we should remain in the single market, whether we would get a free trade agreement, or how we could retain access without obeying EU rules and paying into the EU budget. A vote to leave is a vote for uncertainty and volatility.

While the EU is not perfect, these small irritations are not a reason to throw away 40 years’ membership of the largest market in the world. My message to all those who work in the arts sector is to speak up. The most important political choice we have had to make for a generation is approaching. If you know that Britain’s creative industries are stronger in Europe, then make your voice heard.

The European perspective
Nothing to fear from leaving