The UK’s arts and cultural sector has borne the burden of EU law for long enough – we have nothing to fear from leaving the EU, says Harriet Bridgeman. 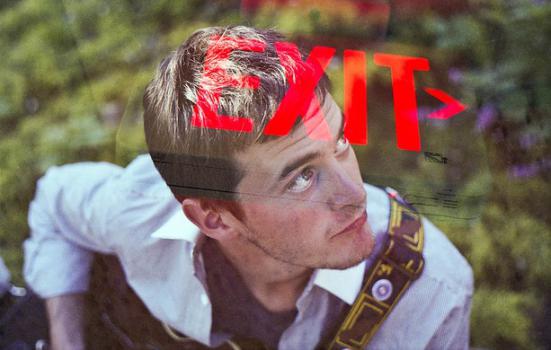 At some point in the next two years we will be asked to make a momentous decision: Do we want to leave the EU? It’s a decision that will have an impact on every person in the country, as well as every industry. We can expect a lot of discussion about what will happen to the City and to manufacturing, but what about the arts? How will they be impacted by a ‘leave’ vote?

My firm view is that leaving the EU would help the UK’s arts and cultural sector. From the arts to the antiques industry, the evidence is clear: The EU has been a significant burden and we will be better off if we decide to vote to leave, in order to take back control of the laws that govern our lives.

The burden of EU law

Britain has a successful arts and cultural scene, and freed from the shackles of EU law and efforts to subsume it into a European brand, it can only thrive

Like all sectors of the economy, the arts and cultural sector has had to accommodate the ever-increasing burden of EU law. To take one example, EU competition law has created real burdens for the art world. Strict European laws on state aid have imposed punitive limits on how far the government can help the industry. Whatever your view on government support, the decision on whether the government should support our artists is one that should be made by elected politicians and not unelected EU officials.

There are a number of specific laws that have caused real hardship to the arts world. The Export of Cultural Goods Regulation, for example, has established a harmonised system for the export of specific cultural goods outside the EU, adding a whole new layer of red tape. Jussi Pylkkänen, president of Christie’s Europe, recently described the new EU laws as “a matter of real concern”. “It will affect the modern art market, which is a key aspect of Christie’s activities in London,” he said.

This matters. The UK cultural industry is very large and a significant contributor to the Exchequer. In terms of its economic contribution, arts and culture had a turnover of £12.4bn, and a gross value added of £5.9bn in 2011. According to the government, at least £856m per annum of spending by tourists visiting the UK can be attributed directly to arts and culture. EU laws that hurt the arts also hurt the wider economy. The EU, however, has an obvious agenda to pursue when it comes to culture and is clearly set on extending its grasp, regardless of the costs. As a British government report into EU control recently put it (in rather dull Whitehall terminology), “the cultural dimension has always played a fundamental role in the nation–formation process”. Put another way, Eurocrats are well aware that the more ‘European’ they can make people feel, the easier it is to justify taking control over their lives. The pursuit of a common EU culture has even seen the future of the ‘Made in Britain’ label being threatened. The Euopean Commission is currently pushing for a European Tourism Quality mark. Expect to see more of these initiatives over the coming months and years.

It’s not worth it

These problems easily outweigh any advantages that come from membership. It is true that the EU provides some funding to the arts, but it is also true that we pay into the EU twice as much as we get back. Every year, we give the EU nearly £20bn, over £350m every week. For 40 years we have been net contributors to the EU. Were we to leave, we would not only be able to match the EU’s current funding but would also have a large reserve of new funds to tap into, funds that could be invested into science, the NHS and the arts.

Finally, leaving the EU would not compromise our ability to work with European partners on cultural projects. Much international work is actually organised by the Council of Europe (which first agreed a Convention on Culture in 1954) and globally agreements are facilitated by UNESCO. Considering the importance of the UK to the EU economy, Britain is by far its most significant export market. We are certain to secure a free trade deal, so there is no risk of exports being hit by a vote to leave.

No matter what the fear-mongers say, the UK is a cultural great power and would remain so outside the EU. British theatre, music, film, television and museums are world leaders. Far from supporting this industry, the EU restricts our ability to support this wonderful inheritance. We have nothing to fear from leaving the EU. Indeed, with the new possibilities that would come from reducing the burden of harmful regulation, leaving is not a scary prospect, but a wholly enticing one. Britain has a successful arts and cultural scene, and freed from the shackles of EU law and efforts to subsume it into a European brand, it can only thrive.

Harriet Bridgeman is a board member of Vote Leave, Chairman of Bridgeman Images and Managing Director of the Artists Collecting Society.
www.voteleavetakecontrol.org

The weak arguments listed in this piece have zero merit. We should leave the EU because an auction house that sells overpriced masters to rich folk with more money than sense says so... well, ok then! EU regulation is choking funding to the arts? Germany and France are members of the EU but manage to give a lot more funding to the arts than the UK manages to do, they seem to be just fine with EU regulation. The amount of money the UK pays into the EU has nothing at all to do with culture and UK artists benefit from EU funding of arts projects that are not in the UK because the UK are in the EU. That's kinda the whole point of the EU. Weak sauce the lot of it...
If we are to have a proper debate about the potential impact of leaving the EU, I hope the level of argumentation can be raised to a more rigorous level. To say the UK Govt doesn't invest more in the arts as a result of EU Competition Law is incredibly misguided or deliberately disingenuous. To think that the UK Govt would invest more in the arts on Brexit equally so. France still enforces a 50% quota of French music on terrestrial radio. I do not advocate for this position but use it as an illustration that a high level of state intervention is possible in the arts without breaching EU competition law. Indeed State Aid in the Cultural sector is specifically excluded under the 'exception culturelle'. To cite the 'Export of Cultural Goods' legislation as being a hindrance to auction houses in a way that impacts on creators is equally spurious. This is a law put in place to increase liability for the illegal trade in art and decrease the number of culturally significant works of art being traded under dubious circumstances like theft from museums, nationally significant sites etc. I realise the author of the article is a board member of 'Vote Leave' and therefore has a very particular aim to convince creators to support Brexit, but I think they would stand a rather better chance if they approached the subject in a more balanced manner, using credible and relevant facts to support their arguments. Come on Britain - we can do better.

The European perspective
Stronger in Europe