Can corporate sponsorship have a negative effect on a cultural organisation’s artistic value? Yuliya Shymko and Thomas Roulet share what they have learned studying the Russian theatre sector. 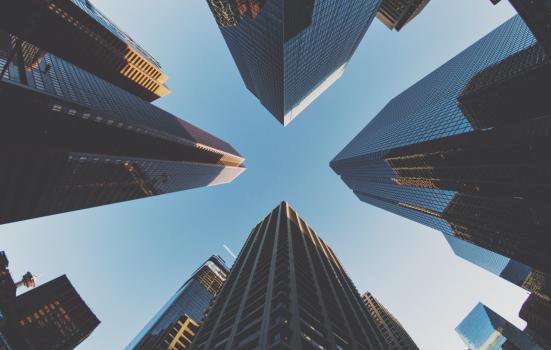 Corporate social responsibility is not always a recipe for valued creation. But in a climate of public spending cuts and austerity, areas such as culture, education and healthcare became a shared responsibility, with companies not only being allowed to, but also encouraged to actively participate.

Do we really want to transfer the entire responsibility for the financial support of artistic development and innovation to the private sector?

With some rare exceptions, it was difficult to research what this growing corporate influence meant for the recipients: the museums, theatres or universities. We started from the historical and sociological review of philanthropy in the arts.

Since the times of the Renaissance, when the clergy and rich merchants started to support artists who could immortalise their legacy and whose art could provide atonement for their sins, artists have been feeling uneasy about the relationship between artistic talent and commerce.

Notwithstanding the issue of moral self-scrutiny over being paid by the powerful to create public-pleasing masterpieces (such as the case of American artist Mark Rothko and Seagram Corporation, producer of distilled spirits and wines), many artists who look for donors fear being perceived as inauthentic by their peers.

In other words, any recipient of corporate benefaction signals a type of behaviour that tends to deviate (more or less) from the norms of the field, which assign high value to the independence of artistic endeavours. The question is then: what can arts organisations do to mitigate this negative perception?

To analyse how the relationship with corporate donors affects the perception of the recipients by their peers, we focused on the context of Russian theatres. In sociological literature this is often referred to as ‘peer recognition’ and is basically an indicator of perceived aesthetic authenticity.

Authenticity, as a marker of artistic value, depends on a cultural organisation’s adherence to the unwritten code of conduct that implies an indifference to economic or commercial imperatives. This is notorious in the case of Russia, where theatre used to be glorified as the voice of resistance and intellectual candour. Even today the institution of Russian theatre has this aura, although the overall artistic landscape has undergone some changes due to economic and political liberalisation, with many theatres no longer being able to rely on subsidies alone.

In order to get a picture of the Russian theatre community and its implicit norms and values, we carried out a number of interviews with theatre professionals and a thorough archival review.

We found that while most theatres desperately need corporate funding, sponsorship is often viewed negatively. A further quantitative study evaluated the impact of corporate sponsorship on peer recognition and the potentially moderating effect of donorship characteristics, such as the sponsorship format, the duration of donorship and the industry to which the donor belongs.

The study used data from 449 theatres (80% of Russia’s drama and music theatres) and their corporate donors over the period 2004-11. To capture peer recognition, we looked at the number of nominations that theatres obtained from participating in the Golden Mask Festival, Russia’s largest and most prestigious theatre festival, which is said to favour those ensembles that embrace the tradition of Russian theatre and that resist the commoditisation of cultural production.

The results confirmed the hypotheses: the stronger its perceived ties with corporate sponsors, the less likely a theatre is to receive peer recognition through a nomination. The number of donors is important. Everything else being equal, each additional corporate donor reduces the chance of a recipient being nominated for the award by more than 10%.

The negative effect on peer recognition is more pronounced for support given to an organisation compared to support of specific projects. This doesn’t come as a surprise. The influence of a donor financing the organisation rather than one specific project is seen as more pervasive. By the same vein, the longer the duration of the support, the harsher the peers’ reaction.

Clearly, not all donors are equal. Donors coming from industries with a bad reputation further compromise the recipients. Put positively, the negative effect of corporate funding on peer recognition cannot be completely eliminated, but it can be somewhat reduced by carefully considering the characteristics of the sponsor and the sponsorship agreement. The recipient is then perceived to have taken measures to protect its artistic autonomy.

Our results should prompt policy-makers, sponsors and recipients alike to ponder a number of important questions. Do we really want to transfer the entire responsibility for the financial support of artistic development and innovation to the private sector?

On the one hand, there’s a risk that innovative productions and ideas may be silenced by the cultural community if they’re supported by private money. On the other hand, donors are not immune to peer pressure either. They want to be seen as respectable citizens, so they’ll sponsor organisations that support that image, while conforming to the tastes of their peers. And here lies a real danger of cultural and intellectual homogenisation.

In the arts we often hear about the security that a diversified income portfolio can bring – how reliance on central or local government funding, or funding from a single trust or body, is a risky strategy.

However, linking your organisation’s brand with that of a commercial corporation risks your audiences connecting you closely with any negative perceptions of that particular corporation and its practices.

The answer, as the study suggests, is real and meaningful partnerships in which the partner’s strategic goals are aligned not only with your organisation but with the programmes and activities they are directly funding.

Across the sector, there are many good examples of effective and aligned partnership in place. Our recent work on partnership, The Art of Partnering, highlighted these and puts forward some practical suggestions for enhancing partnership in an era when arts organisations can no longer imagine going it alone.

This article is a summary of research prepared for CultureCase, a resource from King’s College London to provide the sector with access to academic standard research. The summary of the academic paper is available here.

The authors report, almost certainly correctly, that theatre professionals in Russia (is Russia a relevant to other countries, by the way?) believe corporate sponsorship lowers artistic standards. They conclude that this demonstrates that private sector funding is problematic. Their research proves no such thing and there are are several methodological flaws in the study and its conclusions: 1. they use the terms 'sponsorship' and 'donorship' as synonyms - they are not! 2. they research only corporate money but then draw conclusions about 'private money' in general. In any mixed funding model of cultural funding, private philanthropic donations, small and large, are a much more important source of income. 3. they conclude that because artistic peers are suspicious of corporate sponsorship, then sponsorship is problematic. All they have uncovered is that the older generation of cultural managers, brought up in a system of state funding, find the change to a mixed economy very uncomfortable. To be brutal, it is the mindset of the old guys which is the problem! 4. Finally, without any backing from their own research findings, they leap to assert that private money may reduce risk-taking and creativity. This is purely their own prejudice at play, an old trope which has long been discredited. What artists and arts organisations need is financial independence from any one source - including state funding which is certainly not neutral. That means a mixed economy where different funding is carefully balanced.