Can financial incentives prompt donors to give more, or more often? In their second article on crowdfunding in the arts, Peter Baeck and Sam Mitchell discuss the findings of a new match-funding scheme. 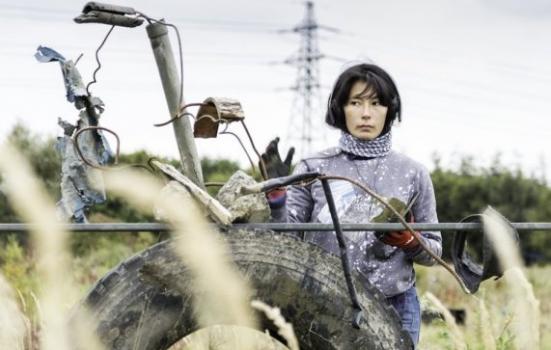 Is this a waste land, a Charlotte Spencer project

In our recent article in AP, we looked at the growth of crowdfunding over the past five years. Now local authorities, institutions, public bodies and foundations, including the GLA, Plymouth Council and the Esmee Fairbairn Foundation, are exploring what this new form of finance means for the people and organisations they are supporting and how they can work with the crowd on identifying and funding worthy projects.

None of the matched funds to date have had a dedicated focus on arts or heritage projects. Linked to this, there has been little research done on the real impact of matched crowdfunding, such as whether or not it has the opportunity to generate more funding for the arts and heritage sector or increase awareness and public participation in supporting and initiating projects.

Do match-funded campaigns encourage more donors to pledge to projects at a faster rate, or significantly increase the success rate of projects?

To address this, Nesta, in partnership with Arts Council England (ACE), the Heritage Lottery Fund (HLF) and the DCMS, has set up a matched crowdfunding pilot aimed squarely at the arts and heritage sectors. The pilot will provide two streams of £125,000 to arts and heritage projects aiming to raise between £4,000 and £40,000:

Within each of these funds we are testing two models to see which is more effective:

Excitingly, the first few projects have successfully finished their campaigns and received match funding from ACE and HLF. Charlotte Spencer has hit her target of £4,000 to create a participatory event that mixes dance with interactive audio and HLF has funded the tenth anniversary appeal of Montol Festival, a celebration of a traditional Cornish Christmas.

Through this pilot we hope to help the crowd to fund a range of high-quality projects within the arts and heritage sectors and also explore in detail the impact that match funding has on the campaigns themselves. For example, do match-funded campaigns encourage more donors to pledge to projects at a faster rate, or significantly increase the success rate of projects?

Furthermore, does it help to create a larger economic impact. Examples from other matched crowdfunding pilots indicate that this is the case. Crowdfunder recently worked with Plymouth Council to distribute £60,000 in funding through a campaign that ultimately led to £400,000 being raised in conjunction with the crowd for projects.

Looking beyond finance, we are also hoping to explore what the impacts (both positive and negative) of taking part in crowdfunding campaigns are. Does it open access to networks, skills and volunteer work from the crowd itself?

The future of crowdfunding

The early signs from a mix of funders, local authorities and foundations suggest that match funding is set to grow significantly over the next few years. It is highly likely that these organisations will grow more confident using crowdfunding as a mechanism to sit within a range of other funding tools such as grant funding or loan financing.

However, there are still questions over the models that enable match funding to be distributed most efficiently, the level of control that funders have over the selection process for projects they support and the most effective way to partner with platforms. The matchfunding pilot will provide knowledge on some of these areas, so that as more evidence emerges on their impact there is potential to upscale activity in this area.

Despite this though, the pool of viable projects from either individuals or organisations may also dictate the long-term interest of funders. In a survey of charities, communities groups and social entrepreneurs, 76% had heard of donations-based crowdfunding, but only 10% had attempted it themselves. If these figures are similar for the arts and heritage sectors, more work may be needed to stimulate the supply of projects as funders link up with platforms to support the best projects.

Peter Baeck is Head of Collaborative Economy Research and Sam Mitchell is a Programme Manager in Digital Arts and Media at Nesta.
www.nesta.org.uk

Read Peter and Sam’s first article on crowdfunding in the arts: Collaborating with the crowds

Matching the crowd
Collaborating with the crowds