Collaborating with the crowds

Crowdfunding is a growing into a vital source of finance for the arts. In their first of two articles on crowdfunding in the arts, Peter Baeck and Sam Mitchell offer some tips on successful campaigning. 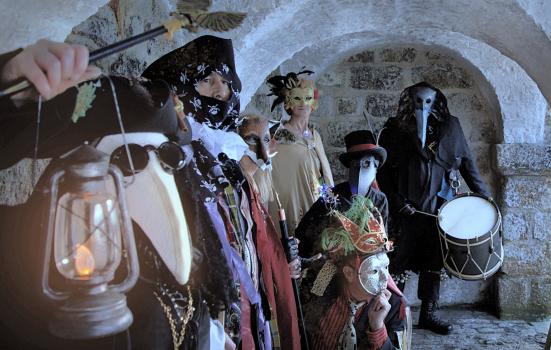 The Montol Festival, a celebration of a traditional Cornish Christmas, received crowdfunding plus match funding from the Heritage Lottery Fund

Over the past five years crowdfunding has grown into a vital source of finance for community groups, artists and creatives. In the US, Kickstarter famously helped raise more funds for the arts than the National Endowment for the Arts. In the UK crowdfunding for the arts has also grown rapidly, with models such as rewards-based crowdfunding – the model most popular with artists and creatives – facilitating £42m worth of donations in 2015, a growth of more than 60% from £26m in 2014.

There is also a mix of different ‘types’ of funders giving to projects. For example, a rewards-based project may receive contributions from individuals, but also small businesses or corporate partners eager to see a project come to fruition.

Donations and rewards-based crowdfunding also present the opportunity to unlock ‘new’ money in terms of philanthropic giving. According to a Nesta report, only 21% of people that give to rewards-based crowdfunding campaigns would have given the money to other charitable causes. This raises the prospect of unlocking a large untapped resource for the arts and heritage activity.

Despite this though, there is a long way to go before crowdfunding can be seen as a major component of private giving in the arts. Arts Council England’s research on private investment in the arts shows that private individuals contributed£245m to the arts in 2014/15, with 77% of this funnelled to the 50 largest recipients of private giving. Collaborative platforms like Kickstarter or Crowdfunder give smaller organisations, individuals and regions that are typically under-served the opportunity to raise funds in a different way.

Here are six tips for a successful campaign.

Peter Baeck is Head of Collaborative Economy Research and Sam Mitchell is a Programme Manager in Digital Arts and Media at Nesta.
www.nesta.org.uk

Read Peter and Sam’s second article on crowdfunding in the arts: Matching the crowd

Matching the crowd
Collaborating with the crowds